Faced with the prospect of both local and national funding cuts, leaders of San Diego arts and culture organizations Monday urged the City Council to maintain financial support in the fiscal year t... 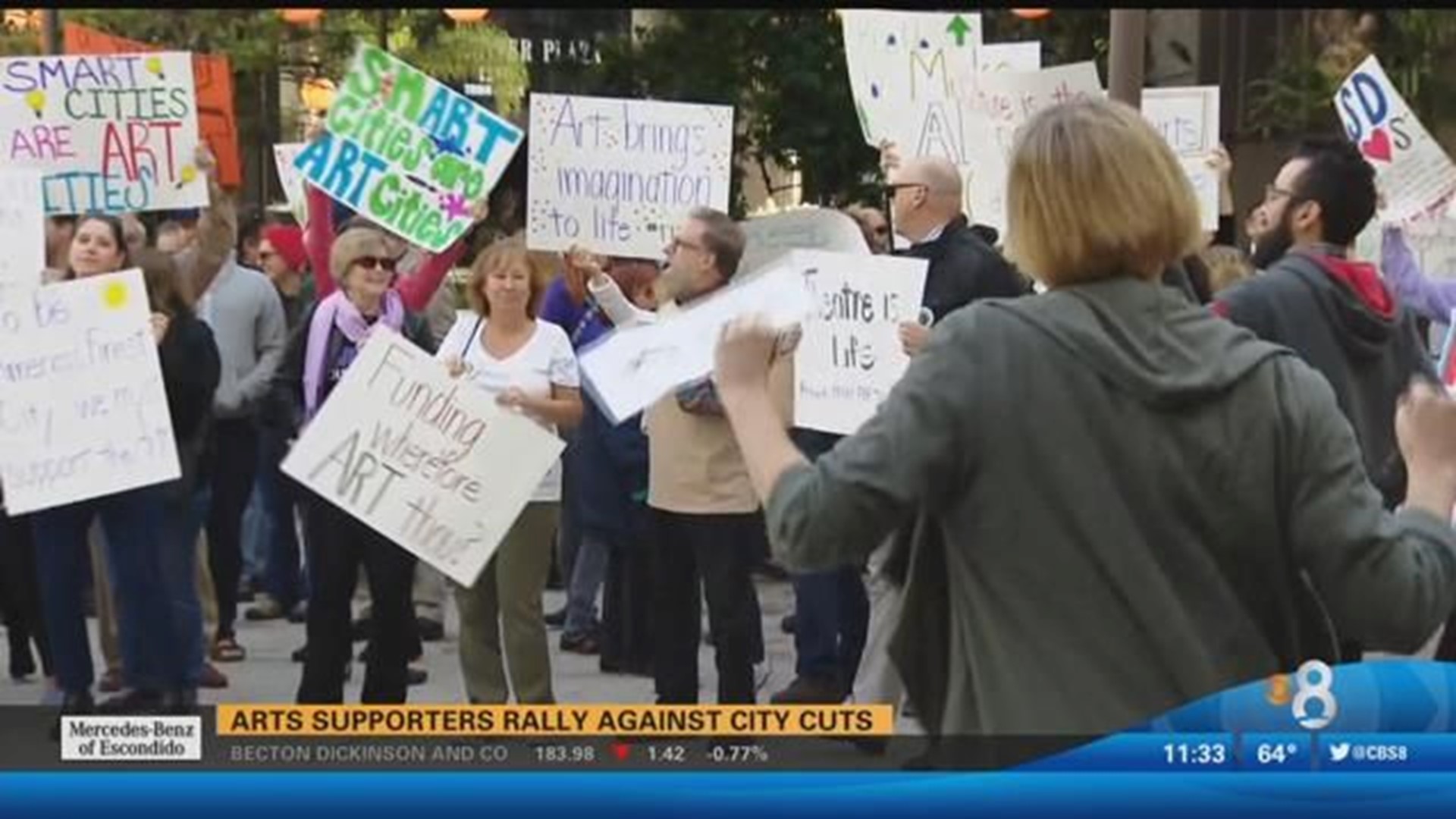 SAN DIEGO (CBS 8/CNS) — Faced with the prospect of both local and national funding cuts, leaders of San Diego arts and culture organizations Monday urged the City Council to maintain financial support in the fiscal year that begins July 1.

At issue is a $4.7 million reduction to the city's Commission on Arts and Culture, to $10.4 million, in Mayor Kevin Faulconer's proposed budget. The commission funds numerous institutions around San Diego, including luminaries like Balboa Park museums and the La Jolla Playhouse.

Starting at 7 a.m., people began gathering, singing, dancing and calling on the City Council to avoid slashing money for the arts.

"The City, for decades, has been funding the arts at a fair level of 1 cent the hotel tax and here we are this year getting a 31 percent cut - more than any other city agency," said Alan Ziter of the NTC Foundation.

These people call on citizens and more importantly City Council representatives to "rise up for the arts" and vote against proposed budget cuts.

Meanwhile, inside the City Administration Building, council members were going over the fiscal year 2017-2018 budget for the arts that would be slashed by 31 percent.

"Mayor Faulconer has always been a strong supporter of the arts and, in fact, there is still more arts funding in this budget than when he took office," mayoral press secretary Jen Lebron told City News Service.

"Every budget is a balancing act, and with a big pension bill forcing cuts across the board, we had to make sure to preserve the day-to-day neighborhood services that all residents rely on like road repair and public safety," Lebron said.

Arts and culture provides free programs throughout the entire city - including those for kids, vets and seniors.

"Exposure to the arts and culture is a vital part of our human experience: music, art, theaters, festivals all have the power to enrich our lives and change our perspectives," said San Diego City Councilmember Lorie Zapf San Diego.

Economically the City's arts community accounts for close to 7,000 jobs and more than $210 million dollars in spending with small businesses.

"A penny for the arts is a small, small investment that has a huge, huge return in terms of economic activity with tourists, in terms of culture activity – the things that we all know and love that make San Diego a great place, more than just a day at the beach," said Steve Snyder CEO of The Fleet Science Center.

The budget hearings are scheduled to run through Wednesday.

The public is invited to comment on the spending plan at a special 6 p.m. City Council session on May 15.

Mayor Kevin Faulconer will present a revised budget next week followed by more hearings before councilmembers present their final vote in early June.