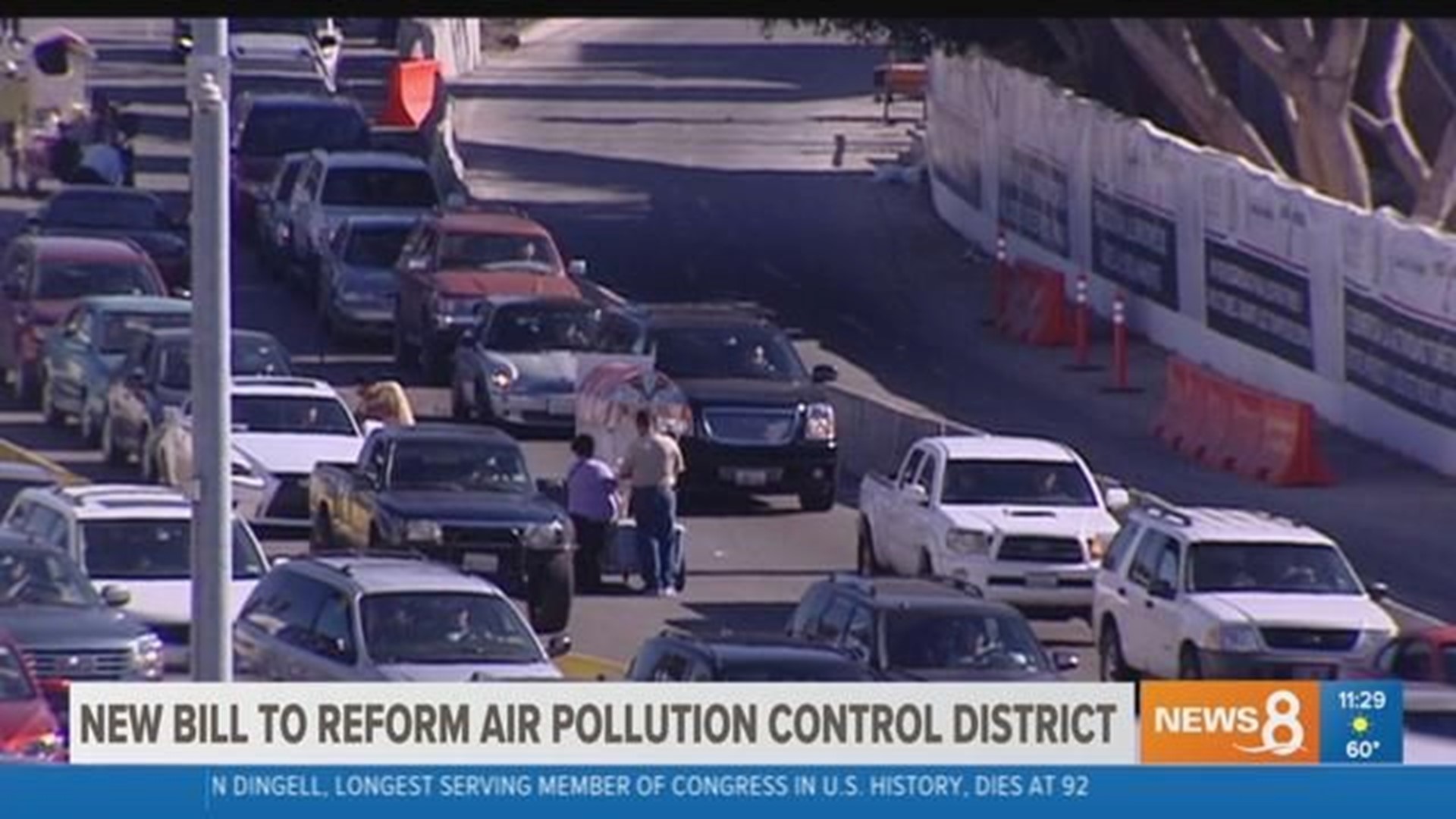 The Air Pollution Control District, which oversees local emissions, permitting and air quality regulations, comprises members of the county Board of Supervisors. Under Gloria's bill, the district board would expand to 11 members from local governments around the county as well as the public.

The city of San Diego and the public would each have three members on the board while the Board of Supervisors would have two. The board would also include three people representing the interests of cities like Chula Vista, Escondido and San Marcos.

All members of the board would serve four-year terms.

"By transforming San Diego's Air Pollution Control District into a more diverse and representative body, I believe we have the real potential to get the county to take aggressive action on climate change and ensure that whatever strategies are implemented, they are equitably distributed throughout the region," Gloria said.

Environmental organizations like the Climate Action Campaign and the Environmental Health Coalition joined Gloria at the news conference to announce the bill. Board of Supervisors Chairwoman Dianne Jacob declined to support or oppose the plan, saying the county government is in a holding pattern for now.

"The county is currently reviewing the proposed legislation to determine whether or not there are any fiscal impacts to county government," Jacob said.

"I have long advocated for this type of approach to diversifying the composition and strengthening the impact of our regional air quality efforts," Fletcher said. "Our goal is simple -- ensuring we have clean air for our families. This legislation supports that effort and I look forward to working with Assemblymember Gloria to make it a reality."

According to the American Lung Association's 2018 State of the Air report, San Diego County region had the sixth highest rate of ozone pollution in the country. The ALA and local environmentalists have suggested several steps to improve the county's carbon footprint, including collecting current data on the region's biggest polluters, supporting low-emission methods of transportation and improving community outreach.

"San Diego has a serious air pollution problem," said Environmental Health Coalition Executive Director Diane Takvorian. "We need new leadership through a proactive board that will adopt strict rules to reduce emissions and improve public health, especially in the communities most impacted."

Gloria's office expects the bill to be heard in committee in April.