At Comic-Con, bullying is no laughing matter

The topic of bullying fueled an interesting debate at Sundays Comic-Con. Actors joined activists to talk about how they dealt with being picked on. 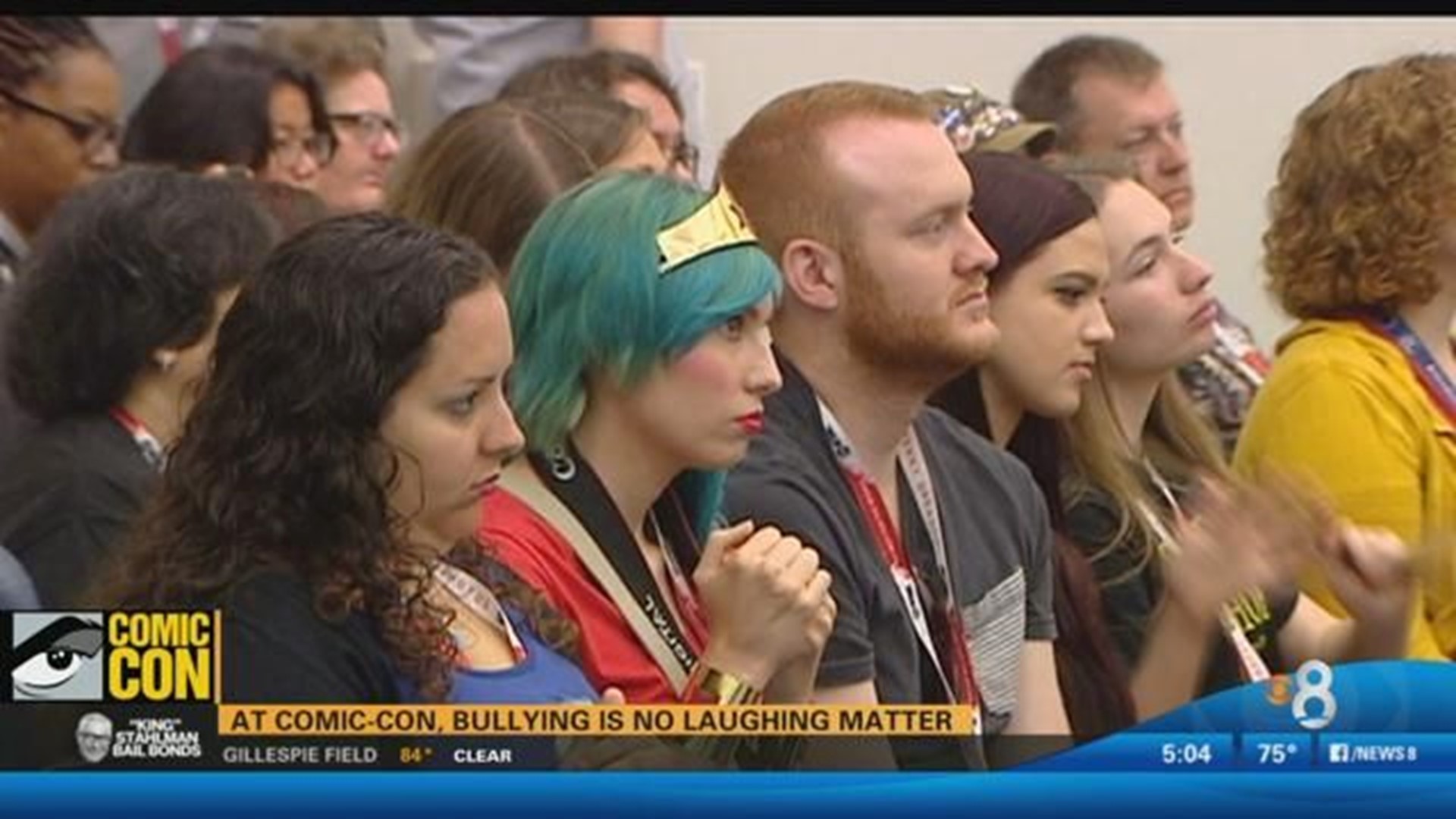 SAN DIEGO (CBS 8) - The topic of bullying fueled an interesting debate at Sunday’s Comic-Con. Actors joined activists to talk about how they have dealt with being picked on.

"I knew at a very young age that I was gay," says John Barrowman.

Barrowman is known for his powerful roles on TV and the stage, but Sunday at Comic-Con's first ever anti-bullying panel, Dr. Who's Captain Jack Harkness shared his personal stories as a kid who felt powerless.

"I was walking back to my locker and this kid caught up to me and I was at my locker and he called me “fag”, punched me in the face, shoved me in the locker and shut the door. What do you do? You're mortified, you’re embarrassed, you just think, what do I tell my mom and dad?"

Even in the unique culture of Comic-Con, there is bullying. Is your costume genuine? Do you have the right body for that character? Sunday's panel shared a mixture of experiences.

Barrowman says he eventually stood up to his bully.

"You can hit me, you can punch me, and you can bully me and do everything you want. Punch me in the face as many times you want, but I will always get back up," says Barrowman.

Barrowman also cautioned that you shouldn't try to do it alone.

"You have to find people around you to support you, right? Your friends. Your family."

The panel also commented on how witnesses to bullying can help make a difference.