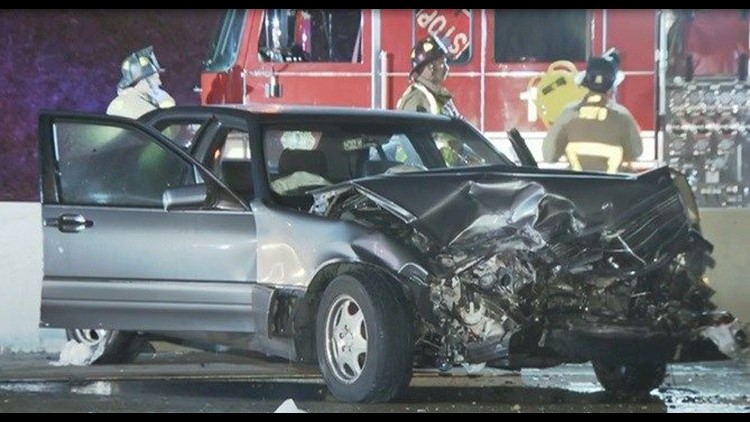 SAN DIEGO (CNS) - Authorities Friday identified a 19-year-old woman who was struck and killed by an SUV when she stopped to help motorists at the scene of a two-car crash on state Route 94 in the Golden Hill area.

Bertha Aida Estrada of San Diego pulled over at the scene of a crash that happened shortly before 1:45 a.m. Thursday on eastbound SR-94 west of 32nd Street, according to the California Highway Patrol and the San Diego County Medical Examiner's Office.

In the initial crash, a 23-year-old man driving a 2018 Honda Civic struck the rear of a 1999 Mercedes-Benz sedan, sending the Mercedes into the center median wall before it came to a rest in the left lanes of eastbound SR- 94, CHP Officer Jake Sanchez said.

The impact ejected Estrada over the center median wall and she landed on the westbound side of the freeway, where she was then struck by another vehicle that continued driving on westbound SR-94, the Medical Examiner's Office said.

Estrada was pronounced dead at the scene, the Medical Examiner's Office said.

Both women in the Mercedes were taken to UCSD Medical Center for treatment of minor injuries, Sanchez said. The Jeep driver was taken to Sharp Memorial Hospital with minor injuries.

This was the second time since Saturday that someone was killed after stopping on the freeway to help a motorist.

Early Saturday, 21-year-old Curtis Adams was shot and killed after he pulled over on a freeway ramp in Logan Heights to help a seemingly stranded motorist, according to San Diego police. Adams was killed shortly after getting out of his car and police arrested 21-year-old Brandon Acuna in connection with Adams' death.

At his arraignment Wednesday, Acuna pleaded not guilty to a murder charge and was ordered held without bail.