Authorities are on scene of a fatal accident in Southcrest on the Southbound 805 at 43rd street. 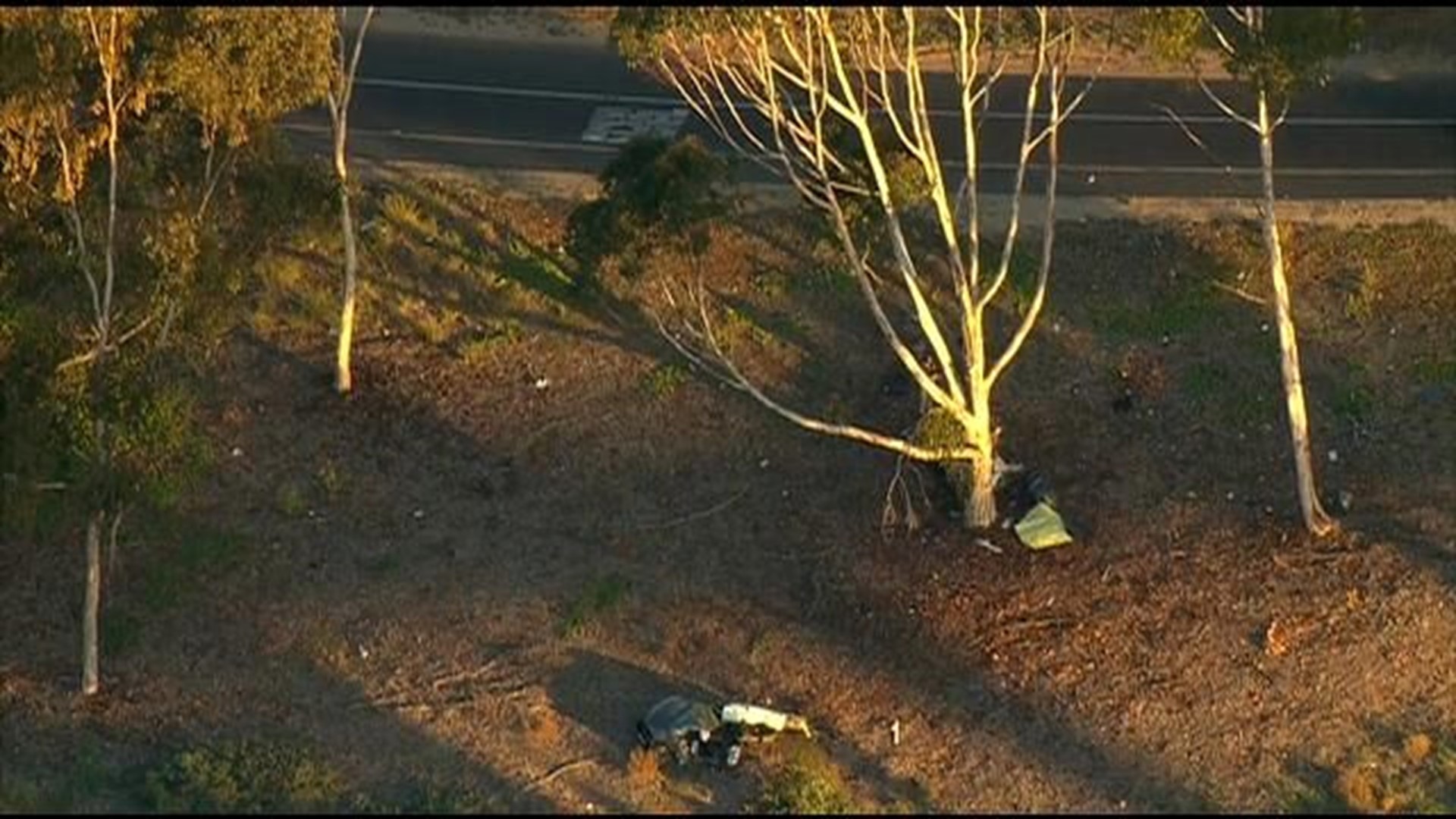 SAN DIEGO (CNS) - At least one person was killed this morning in a single-vehicle crash off southbound Interstate 805 in the Southcrest-Mountain View area, authorities said.

At least one person died in the crash, CHP Officer Tommy Doerr said. Details were still scarce, but Doerr said it appeared the car went down an embankment for unknown reasons and struck a tree.

Just minutes after arriving, emergency crews requested that the San Diego County Medical Examiner's Office respond to the scene, according to the CHP incident log.

Get the latest traffic updates from News 8.