The search resumed Sunday for a 75-year-old woman with Alzheimer's disease, who went missing from the Pinezanita RV Park and Campgrounds in Julian. 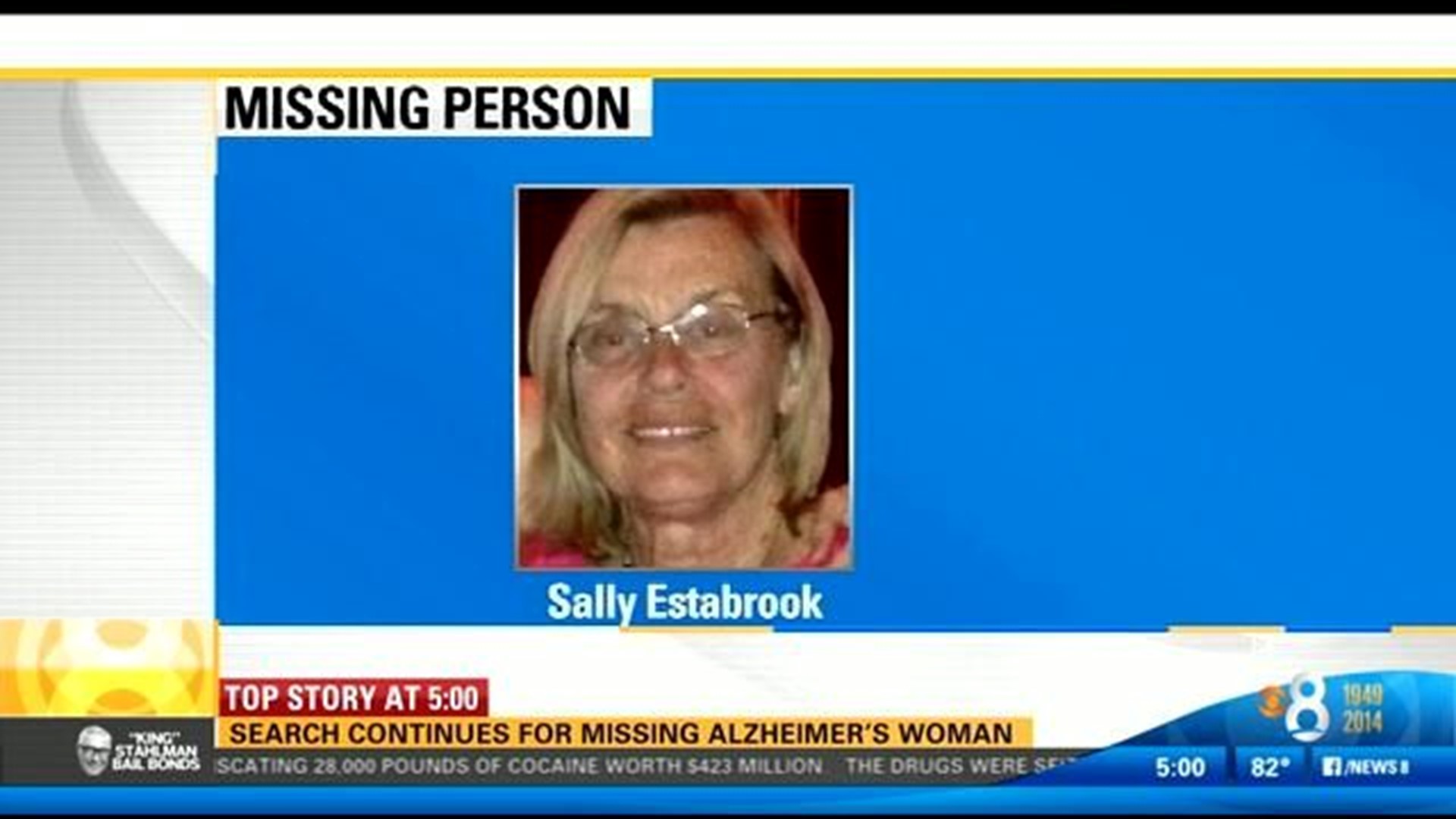 Sally Estabrook, 75, disappeared from Pinezanita RV Park and Campground in Julian about 4 p.m. Saturday. She apparently wandered off while her husband was showering, according to the San Diego County Sheriff's Department. He made an emergency call to report her missing a short time later.

Volunteer search-and-rescue personnel began combing the area that afternoon and each day since, turning up no sign of Estabrook. This morning, however, a man came forward to report seeing a woman resembling her "in the middle of the street" late Sunday afternoon while driving on State Route 79, near Mile Marker 15, sheriff's spokeswoman Melissa Aquino said.

An expanded contingent of about 50 volunteers, including some from Orange, San Bernardino and Riverside counties, resumed the search today in a six-mile radius around the campground where Estabrook had been staying.

The teams consider the effort particularly urgent due to the missing woman's mental condition, Aquino noted. "And they're looking for Sally like she's their own mother or grandmother," the spokeswoman told reporters.

Authorities also urged any local merchants or residents with surveillance equipment that might have captured images of the missing woman to contact sheriff's officials immediately.

Tuesday's search was expected to continue until midnight before breaking for the night.

Estabrook -- whose son-in-law, Dave Mustaine, is frontman of the thrash-metal band Megadeth -- is white, 5 feet 4 inches tall and about 145 pounds, with shoulder-length blond hair. She may be wearing a teal top and white capri pants.

She is not very communicative but may respond to her name, according to sheriff's officials, who urged anyone spotting a woman matching her description to call 911.