A 12-year-old boy remains in this hospital Sunday evening after being hit by a plane that crashed on a beach in Carlsbad. 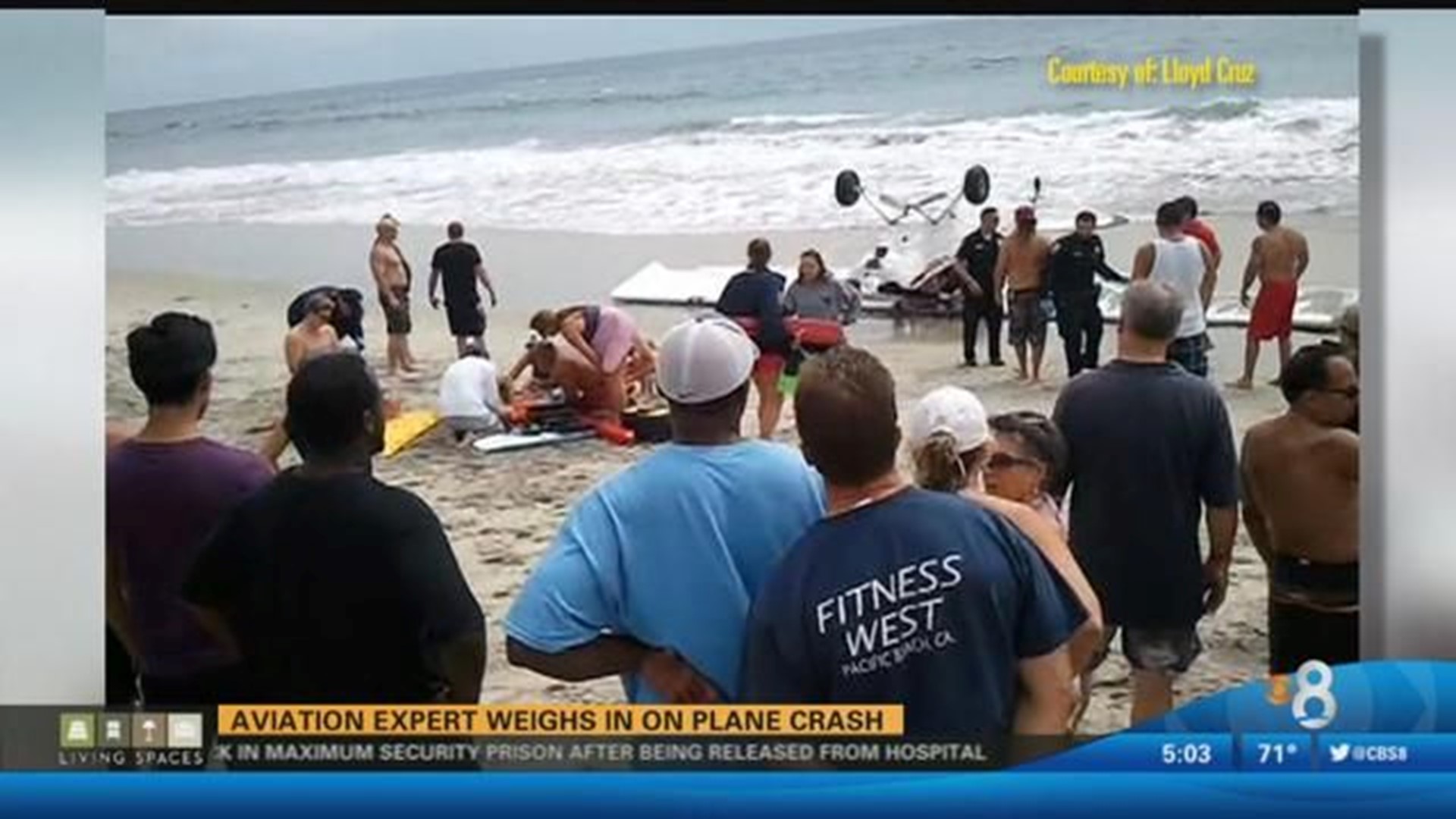 CARLSBAD (CBS 8) - A 12-year-old boy remains in the hospital Sunday evening after being hit by a plane that crashed on a beach in Carlsbad.

The crash happened Saturday along the 4600 block of Carlsbad Boulevard when a single engine Super Cub Plane towing a GEICO banner made an emergency landing on the beach in front of crowds of people.

"People were yelling for people to get out of the way, get out the water. It's crazy, crazy," said Darrell Hicks.

The boy was treated on the beach before being transported to Rady Children’s Hospital.

Bob Griscom, an aviation expert and lifelong pilot who served 25 years as an aircraft accident investigator with the FAA, says if the pilot had decided to land in the water instead of the beach, he may not have survived.

Bob says that unlike larger planes, the landing gears on smaller planes are not retractable.

"When you hit the water, it’s as if the landing gear hit a brick wall, then the airplane will pitch forward," says Griscom. "The windshield will immediately get a face full of ocean and the pilot will very likely become unconscious very quickly and the airplane sinks and he drowns."

Bob Griscom says the FAA and NTSB will now be investigating why the engine quit and they will be taking a closer look at the pilot, including his conduct the day before the flight.

"They will also find out how much sleep the pilot had the day before and whether he was out partying, whatever it might be," says Griscom. "They will look into all of those factors."

According hospital personnel, the 12-year-old boy is expected to remain hospitalized for a few more days. The hospital has not released information about the boy's condition.

The pilot in the crash was not injured.