A 7-month-old baby died Thursday, three days after being hit by an SUV. 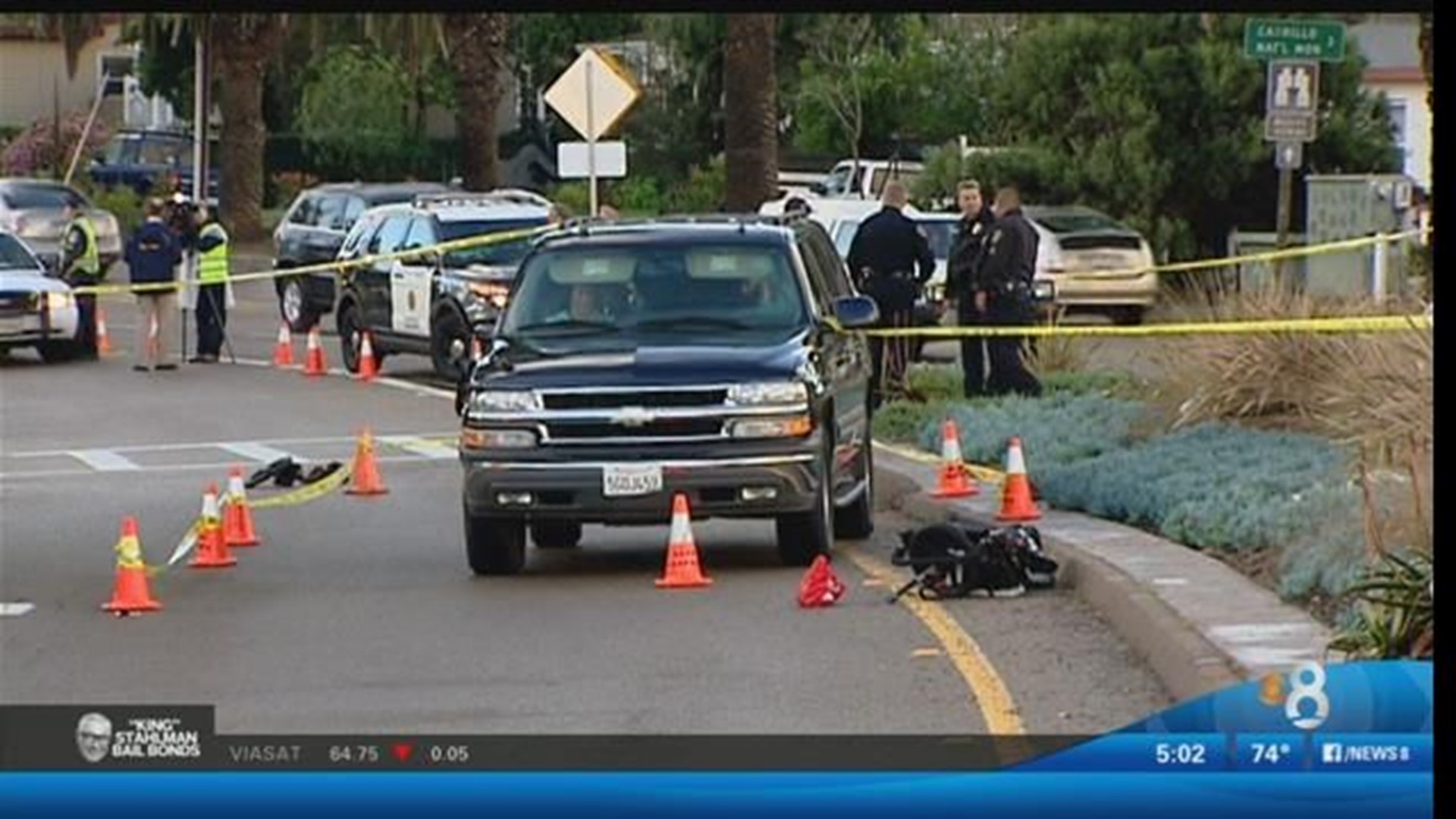 SAN DIEGO (CNS) - Authorities released the name Thursday of a 7-month-old girl fatally injured when an SUV struck her and her father in a Point Loma crosswalk.

Juniper Aavang, whose family was visiting San Diego from Woodstock, Ill., was in a stroller when the northbound Chevrolet Suburban hit her and her 30-year-old father at Catalina Boulevard and Canon Street shortly before 6:30 a.m. Monday, according to San Diego police and the county Medical Examiner's Office.

Her father was admitted to Sharp Memorial Hospital with serious head injuries.

The 47-year-old motorist whose vehicle hit the two family members told investigators his view of the intersection had been blocked by a roadside obstruction, officials said.

The baby's mother was walking in front of the stroller at the time of the accident and was uninjured, according to police.