A whale was spotted just south of Crystal Pier in Pacific Beach on Wednesday. It appeared to be a baby Pacific gray whale and was seemingly not in distress. 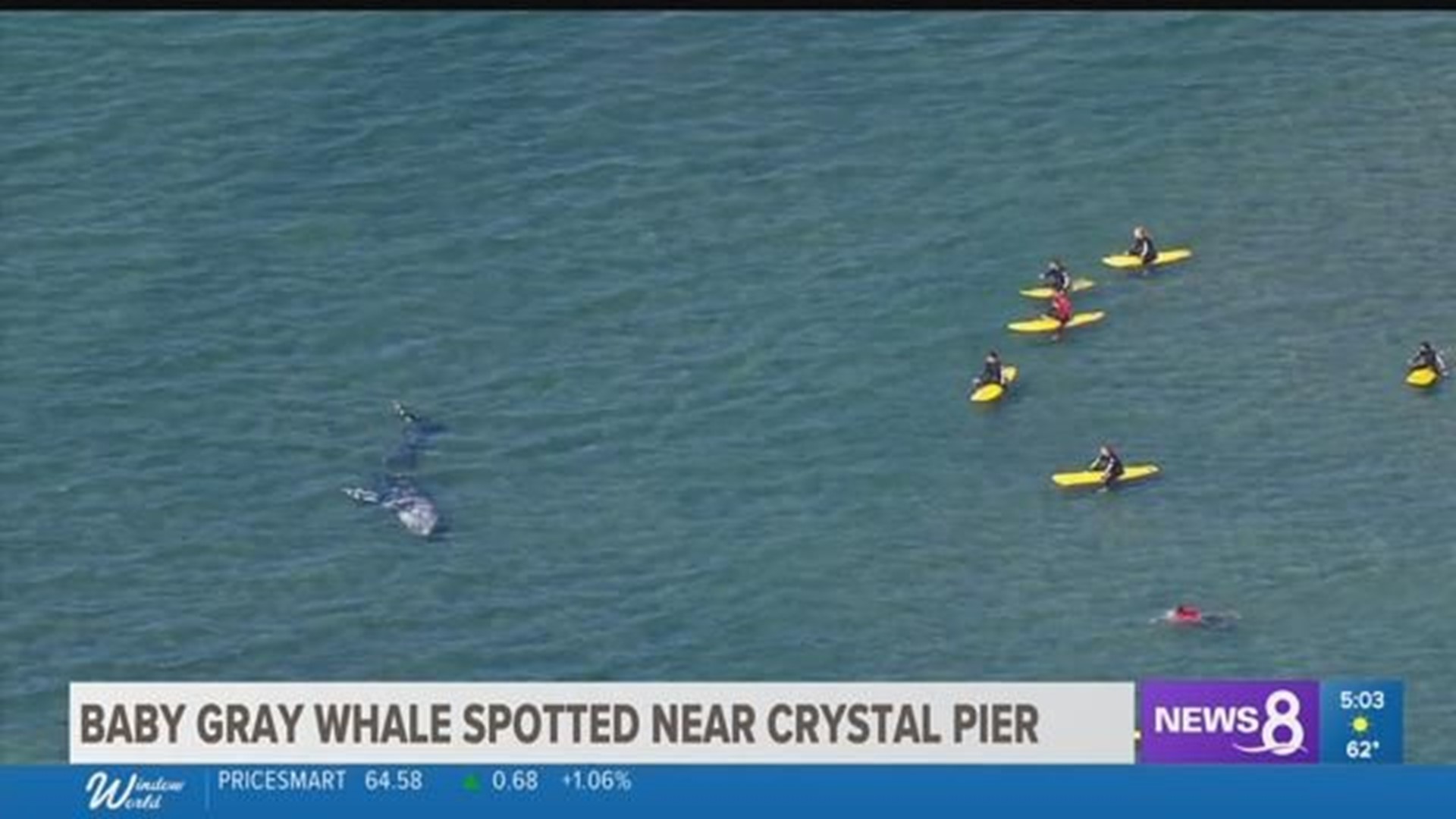 A representative of SeaWorld San Diego along with lifeguards confirmed that the whale was a juvenile gray whale and not in distress.

"The whale didn't appear to be in distress," said San Diego Lifeguard Lt. Maureen Hodges. "We had our rescue vessel come out and look at it and they didn't see any fishing nets or line the whale was entangled in. He was just swimming around up and down this stretch of beach."

Experts at the Scripps Institute of Oceanography say the whale is at least a few years old. They also identified it as a gray whale because of its heart shaped blow. They said it's normal for the whales to explore the coastline as they migrate, since they are still too young to reproduce.

The sighting comes in the midst of migration season for the animals when they make the trek from the Bering Sea to Baja California to have their babies.

The babies then fatten up with extra layers of blubber before returning to colder waters.

San Diego Lifeguards monitored the whale and its movements while many beach-goers enjoyed the rare sight.

Chopper 8 captured footage of the whale as well as a couple of dolphins swimming nearby.