San Diego police officers and a SWAT team are on the scene of an active shooting situation in Bankers Hill. 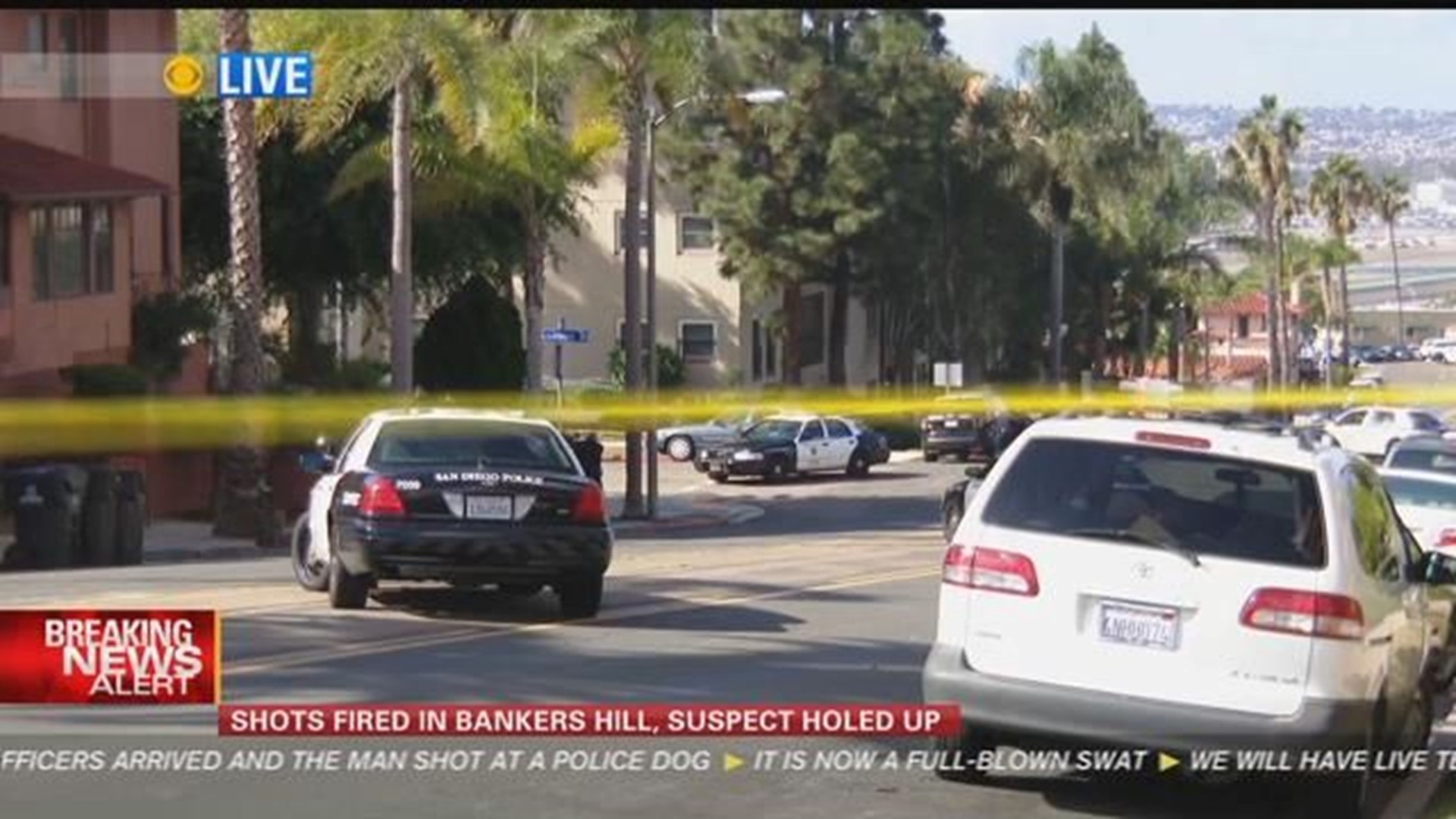 SAN DIEGO (CBS 8/CNS) - An hours long SWAT standoff with a shooting suspect in Bankers Hill came to an end Wednesday afternoon, with the arrest of the suspect.

Police have identified the shooting suspect as 33-year-old Titus Colbert.

San Diego police were responding to a reported disturbance at the residence on Brant Street, near Kalmia Street, when they were fired on with a high-powered rifle about 9:15 a.m., SDPD public-affairs Lt. Scott Wahl told news crews.

The shots came through a closed interior door of the rental unit, nearly striking the personnel, Wahl said.

"We're talking within inches of hitting the officers," he said.

They retreated, uninjured, and called in backup. During the ensuing standoff, which stretched into the early afternoon, the suspect periodically fired more shots, Wahl told reporters.

The shooter was believed to be alone in his residence. The woman who allegedly had been abused by the suspect was able to get out safely and was in protective police custody, the lieutenant said.

Officers cleared residents out of some neighboring apartments, closed the street in front of the building along with stretches of Albatross, Curlew and Front streets between Laurel and West Ivy streets and called in a SWAT team.

Court papers obtained by CBS News 8 show the San Diego man has long criminal history, including extensive connections with a gang based in the Skyline neighborhood.

Colbert's criminal history includes: aggravated assault, and selling ecstasy and designer drugs to an undercover officer. He was sentenced in to two years in prison for those charges.

Residents close to the scene of the gunfire were directed to stay in their homes, away from windows.

"(The shooter) has been actively firing, sporadically, throughout this incident," Wahl said.

Despite the continuing gunfire, police believed they had the man "safely pinned in his apartment," the spokesman said.

Nearby City Tree Christian and Washington Elementary schools were placed on lockdown status to make certain their students and staff remained safe.

Several St. Paul's senior housing and child-care centers in the area also were keeping everyone secured indoors to be on the safe side.

Crisis negotiators were able to establish an "open dialogue" with the suspect, who nonetheless continued refusing to surrender, even after officers fired tear-gas grenades into his apartment, Wahl said.