A former U.S. Army paratrooper in Rosarito Beach, Mexico is working to help banished veterans get back into the USA. 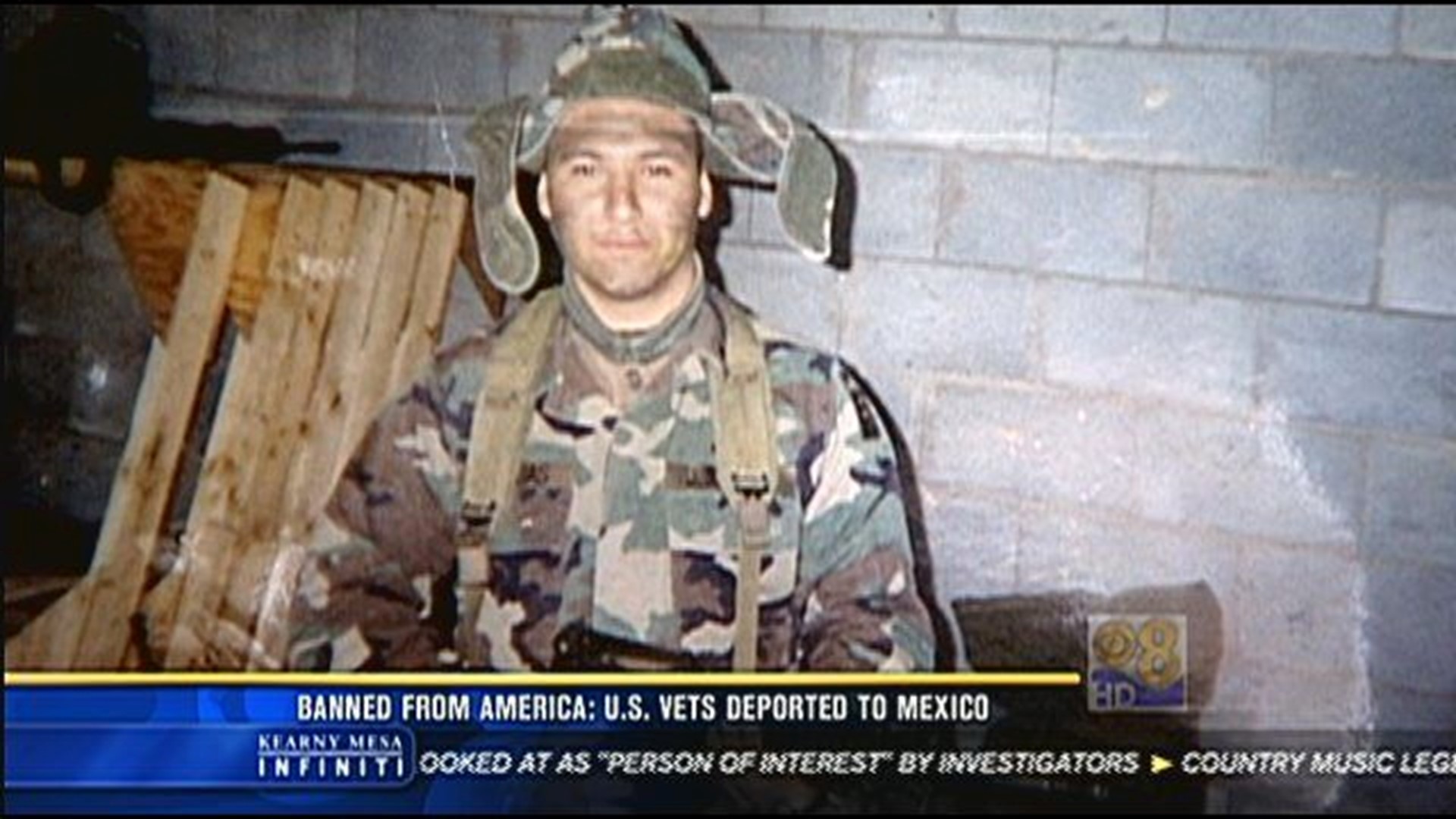 ROSARITO BEACH, BAJA MEXICO (CBS 8) -- They served honorably in the U.S. Armed Forces, but now, they're banned from the United States after being deported.

One former U.S. Army paratrooper in Rosarito Beach, Mexico is working to help banished veterans get back into the USA.

Hector Barajas, 36, served six years in the military jumping out of airplanes.

"I got about 27 jumps," said Barajas from his home south of the border.

"I had two Army commendation medals, a national defense ribbon, and a humanitarian award," he said.

Barajas is not a U.S. citizen. Born in Mexico, Barajas came to the U.S. as a child and soon became a permanent, green-card-carrying resident.

At age 18, Barajas enlisted in the Army with the promise of one day becoming a U.S. citizen.

"I was jumping out of airplanes, pulling operations. It was awesome. We were called the All Americans," Barajas told News 8.

But shortly after Barajas received an honorable discharge from the Army, he pled guilty to a felony in Los Angeles: firing a gun into a vehicle.

Nobody was hurt but Barajas was sentenced to two years in prison. Once he was released, he was deported to Mexico.

At the time of his deportation, Barajas had filed paperwork to become a U.S. citizen, but the process had not been completed.

Now, Barajas lives in a two bedroom apartment in Rosarito Beach with two other veterans. He calls it the Banished Veterans Support House.

The Baja-based veterans recently painted a mural on the Mexico side of the border fence at Border Field State Park.

"It's an upside down flag, which if you're in the military it means distress. We need help," said Barajas.

The hardest part of being deported to Mexico, for Barajas, is being separated from his wife and 7-year-old daughter, who are both U.S. citizens living in Los Angeles.

"And this is why I keep fighting because I want to be home with my daughter," Barajas explained while fighting back tears.

Barajas' support group estimates that more than 40,000 veterans have been deported from the United States since 1996, though Immigration and Customs Enforcement (ICE) will not confirm that number.

The agency would not speak on camera to News 8 but issued the following statement:

The irony is eventually Barajas will return to the United States, but not until he dies. That's because, as an honorably discharged veteran, Barajas has the right to be buried on U.S. soil.

"This is what I will be draped with the day I die," said Barajas as he proudly showed off a neatly-folded American flag in his apartment. "When I die, I can be buried as an American and drape my coffin with an American flag; but only when I die will I have any rights as an American."

Barrages' group, Banished Veterans, has a web site set up to support deported veterans and help them get benefits.