American heroes reunite at a special event on the USS Midway Museum. Forty-nine surviving veterans were honored for their service on the anniversary of the Battle off Samar. 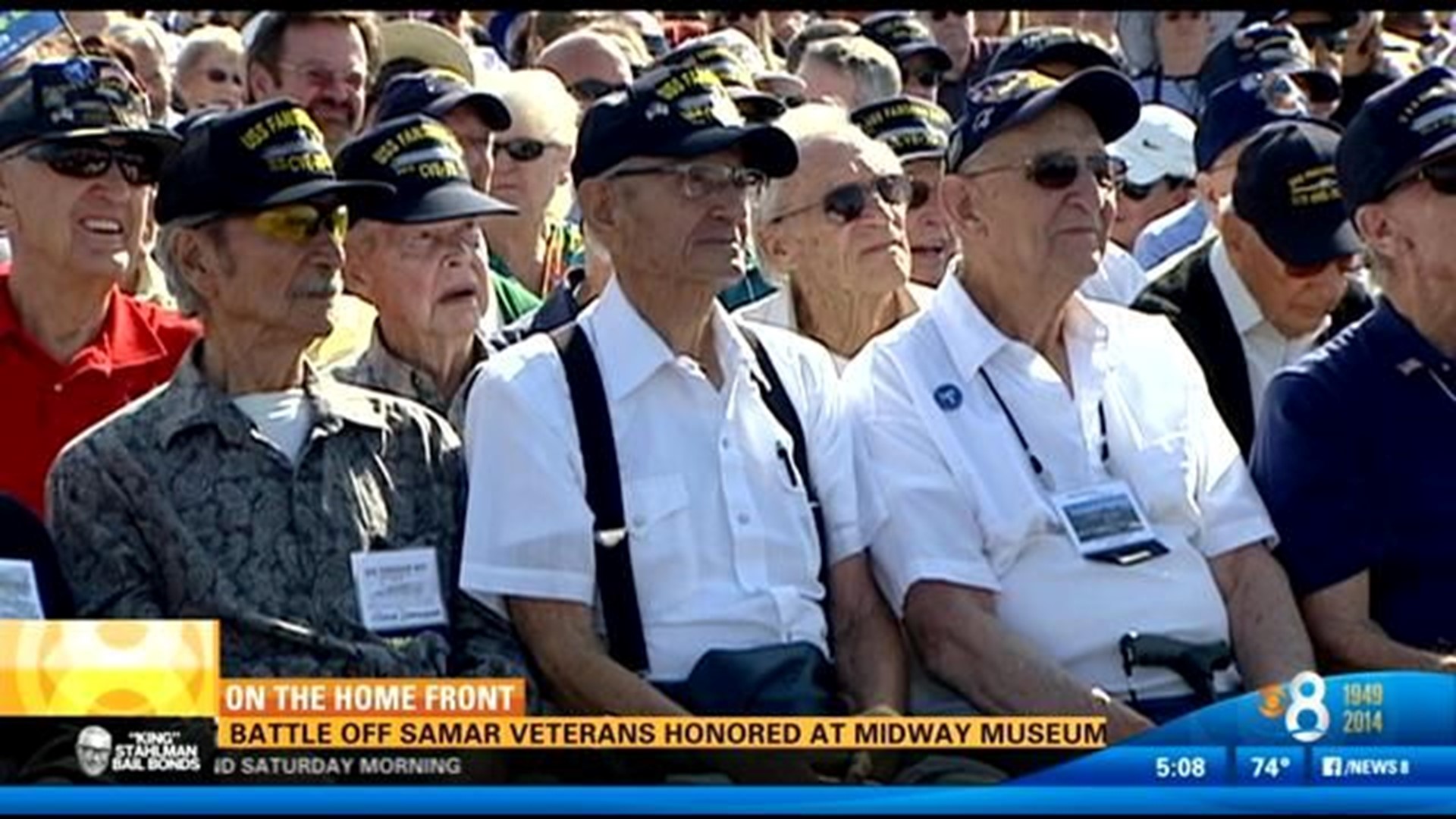 SAN DIEGO (CBS 8) - American heroes reunite at a special event on the USS Midway Museum. Forty-nine surviving veterans were honored for their service on the anniversary of the Battle off Samar.

It happened on October 25, 1944, in the Philippine Sea off Samar Island, a battle historians call "one of the greatest military mismatches in naval history."

The 13 small ships of Taffy 3 were outnumbered by a Japanese naval fleet but they battled them anyway -- for two hours -- throwing everything they had at them, torpedoes, gunfire, planes.

“We were not meant to be a battle fleet, we did our best to stop them, or turn them delayed them,” one veteran said.

In the end, the Japanese retreated choosing not to invade the Philippines. Against all odds, Taffy 3 won but more than 1,000 men were killed or wounded.

“During the battle, I thought we were gonna die. We were right there, we were boxed in by the major Japanese fleet,” one veteran said.

The survivors of the Battle off Samar -- now in their 90's -- received a special honor onboard the USS Midway Museum Saturday on the anniversary.

They came from all over the country. Alfred White is in town from Kansas.

“I don't think during the course of the battle anyone had the time to be really scared,” White said. “The fact other people recognize this was something special we went through.”

They honor those who lost their lives that day. This ceremony, they say, even more special because they were able to experience it together.