Some Del Mar homeowners on Monday night pushed back against a moratorium on short-term vacation rentals stating they are losing out on a lot of money. 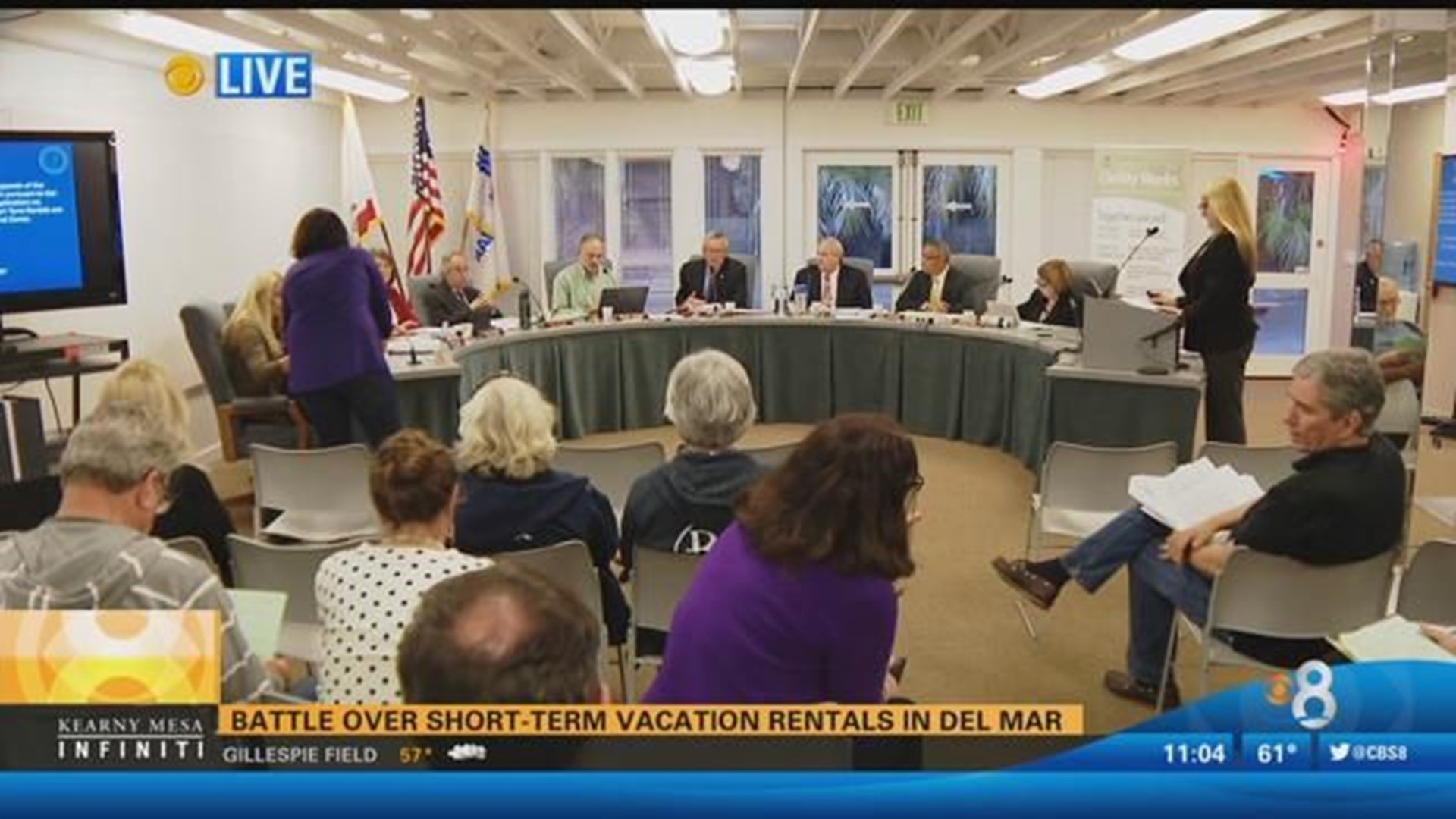 SAN DIEGO (CBS 8) - Some Del Mar homeowners on Monday night pushed back against a moratorium on short-term vacation rentals stating they are losing out on a lot of money.

Del Mar is known as a destination town with expensive ocean view homes for rent year-round. The argument brought forth Monday night was how the "Transient Occupancy" code is interpreted as some residents push to keep vacation rentals out of residential neighborhoods.

Twenty-one residents filed an appeal against the Planning Commission on multiple grounds, but their main argument was it failed to do its job when the City Council asked the agency to determine the legality of short-term vacation rentals (STVR) in Del Mar.

"Our obligation is to our city, but also the city cannot afford to lose revenue," said Steve Scola, a proponent of STVR.

Last month, the commission said it could not interpret a STVR law if one was not on the books.

"Serious legal flaws and failures that were part of the Planning Commission ruling," said Ralph DeMarco, an appellant for STVR.

Save Our Neighborhood Del Mar, a group against STVR over concerns about noise, trash and neighborhood preservation, also filed an appeal.

"We need to have clarity on what the current code means," said Betty Wheeler with Save Our Neighborhood Del Mar.

Ivo Fererabend, 90, said his children rely on renting out their family home. "If they can't get short-term rent, they probably will not be able to maintain the house."

Last year, the council placed a moratorium on any new vacation rentals less than 30-days. Air DNA, a research group for the home rental site Airbnb, reported 141 active rentals in Del Mar at that time.

Those against residential STVRs said destination towns across the world are facing the same regulation issues or lack thereof.

"It needs to be dealt with if we are going to have residential areas in our community," David Doyle, a Del Mar resident against STVR.

After hearing both sides of the appeal, the council was directed to not comment and instead set a public hearing for April 17th.

On Friday, San Diego's Smart Growth and Land Use Committee will meet to decide on a policy for short-term vacation rentals and send it to the City Council.