Bay Books in Coronado will remain a community hub

It's a storybook ending for one of San Diego's last surviving independent bookstores threatened with closure as the cost of rent skyrockets. But a key decision made by Coronado's City Council has n... 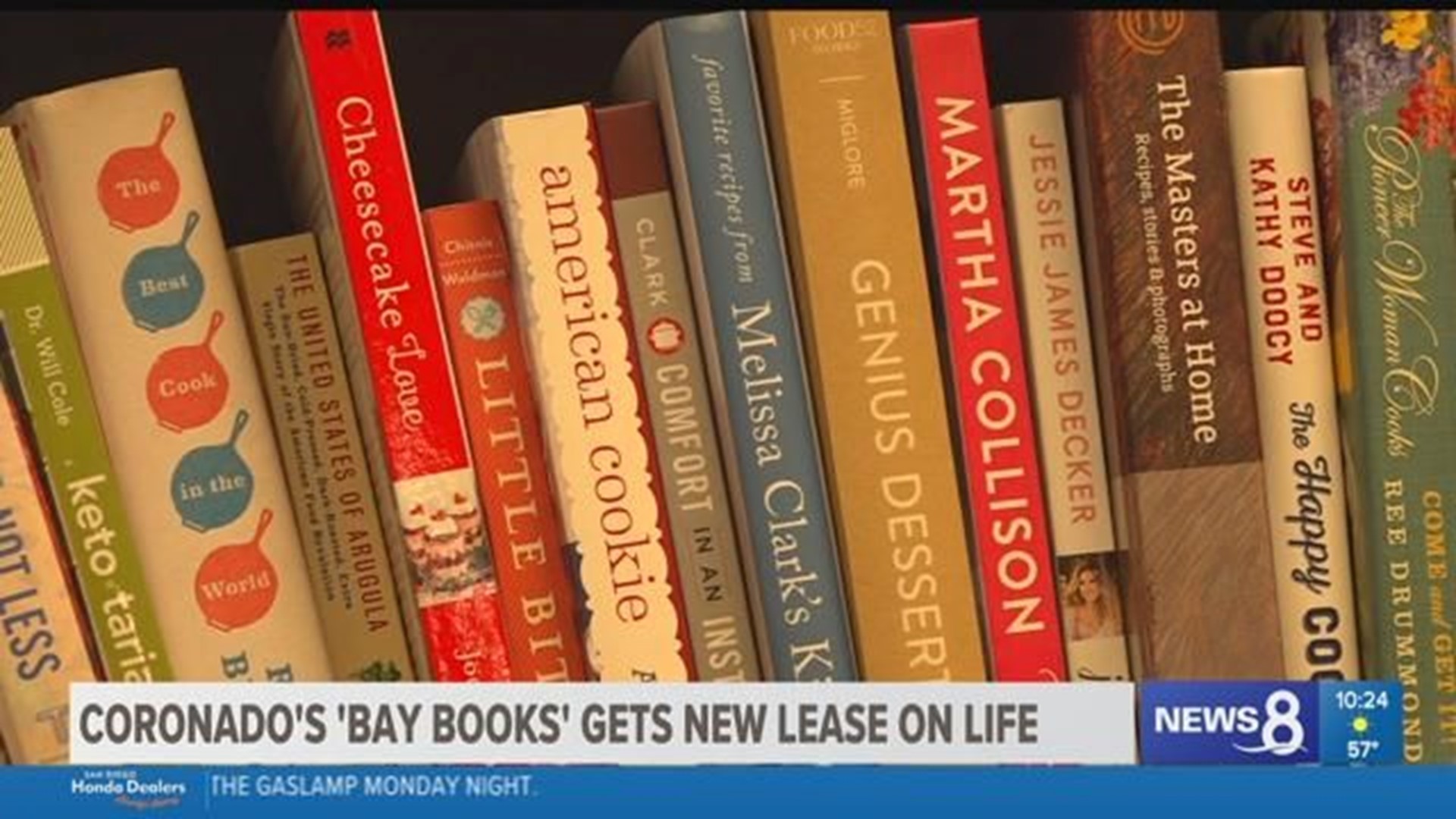 SAN DIEGO (NEWS 8) - It's a storybook ending for one of San Diego's last surviving independent bookstores threatened with closure as the cost of rent skyrockets.

A key decision made by Coronado's City Council has now given Bay Books in Coronado a boost in a positive direction, which is good news for Barbara Chambers who has been with the store for decades.

"I think of all the people who have come through here and so many have become friends,” said Chambers.

Chambers turned her lifelong passion for books into a rewarding career by selling them. She started at Bay Books by stocking the shelves of the store and helping launch this community fixture in 1992.

"I read everything. I never dreamed I was going to be selling them for 27 years.”

Their only concern back then was not enough merchandise.

"But we opened the doors anyway and it was amazing how many people came in because they were curious and some people did buy the few books we did have,” said Chambers.

"Every time I come to the shores, I always grab a couple books. They have the best selection of history,” explained Mydland.

For a while, Bay Books was in serious peril of becoming history itself. Last year, a developer bought most of the Orange Avenue block for $22 million and now the area is being turned into high end restaurants and retail shops.

As for Bay Books rent would have nearly tripled, making it financially impractical to stay in the same space.

"It has been heartbreaking. I couldn't sleep knowing about all these books people were going to miss out on,” said Chambers.

However, this story has a happy ending. The owner managed to secure a new spot a few doors down with a lease they can afford. This week, Coronado's City Council gave the green light to that plan.

Mayor Richard Bailey calls the council's decision, allowing Bay Books to remain in the community, "a win for Coronado."

The store's current lease lasts through the end of the month and then they will move to their new home just a few doors down the block.