Bay Park residents are fighting back against a proposal that could change their view of Mission Bay. 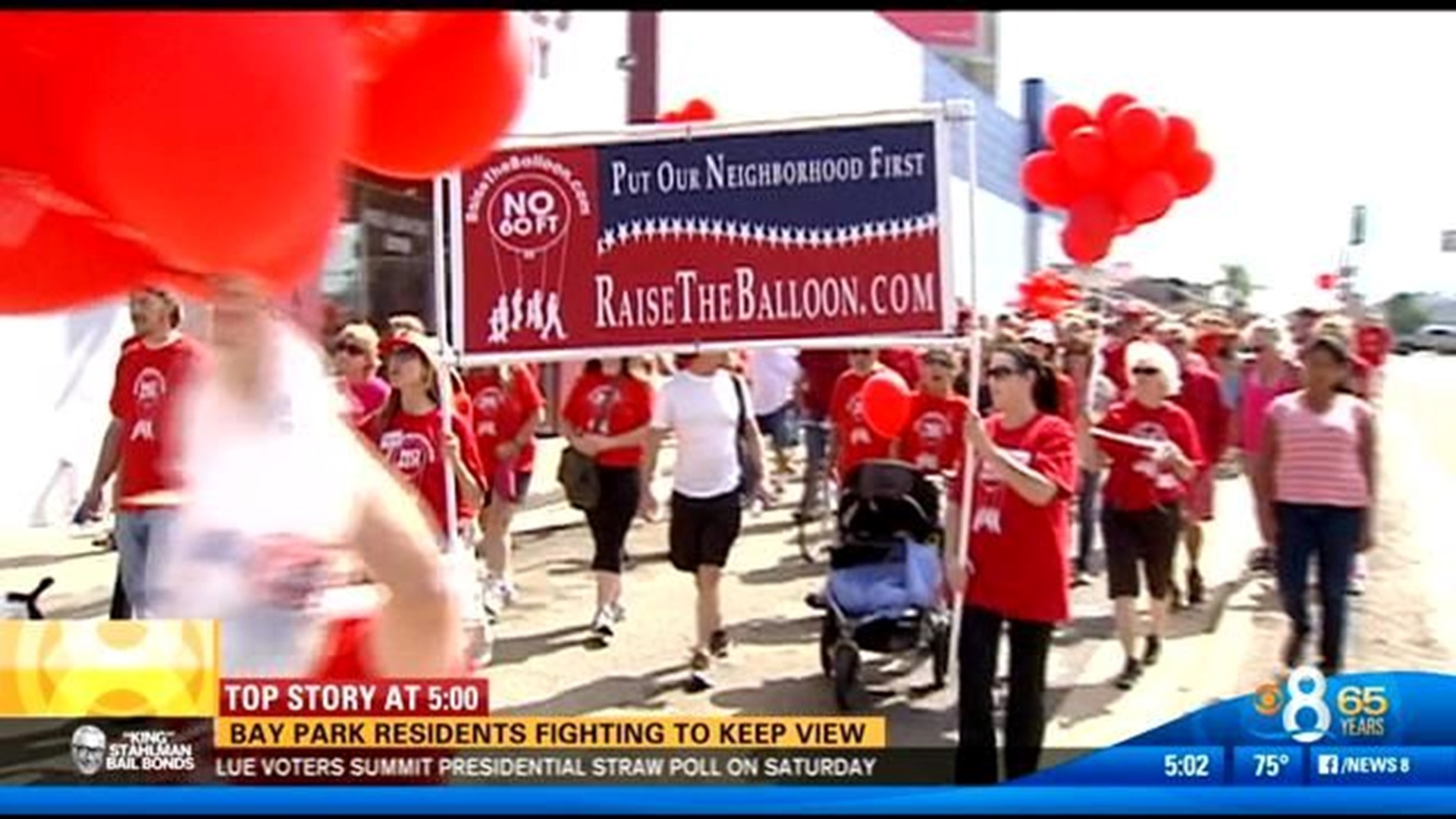 MISSION BAY (CBS 8) - Bay Park residents are fighting back against a proposal that could change their view of Mission Bay.


The city is studying a plan that would raise the maximum height of a building from 30 feet to 60 feet, along a portion of Morena Boulevard.


It's part of a bigger trolley expansion project, extending it from Old Town to La Jolla. But many residents say, “no way” and Saturday they took their message to the street.


Holding a giant red balloon to illustrate just how high 60 feet is -- more than 100 residents from Bay Park, Clairemont and Linda Vista rallied down Morena Boulevard -- chanting and wearing their message.


“I think it's absolutely ridiculous to go to 60 feet for a million reasons,” one woman said.


“Please respect the wishes of the residents in this neighborhood, and do not raise the height limit to 60 feet,” another woman said.


They say the city's proposal to change the building height guidelines is for properties along
Morena Boulevard
, south of Clairemont Drive.


“It's gonna knock out all the ocean views on the hillside - it's gonna create a shadow view when sun goes down - all these houses will be in shadow,” Tom Reid said.


Reid says building any large condos or apartment buildings in this neighborhood brings with it issues about traffic and parking.


“If you put 500 units on Clairemont Drive and assume all those people are going to take the trolley - that's not a good assumption - there's not going to be enough parking,” Reid said.


“There are so many people that are natives here that care about the quality of our lives here,” Margaret Vanblaricom said.


Vanblaricom says Bay Park is one of the jewels of San Diego, and city leaders need to preserve it.


“This is a democratic process - we have something to say,” Vanblaricom said. “We're okay with development - just the right kind - let's enhance the lives of everybody, not just a few developers who are gonna make a lot of money."


At this point, redevelopment plans for that area are still in the early stages. Final decisions likely won't be made until late 2015.