A cyclist who attended a memorial for a teen killed in a fixie bike crash was injured by a hit-and-run driver on Wednesday night. 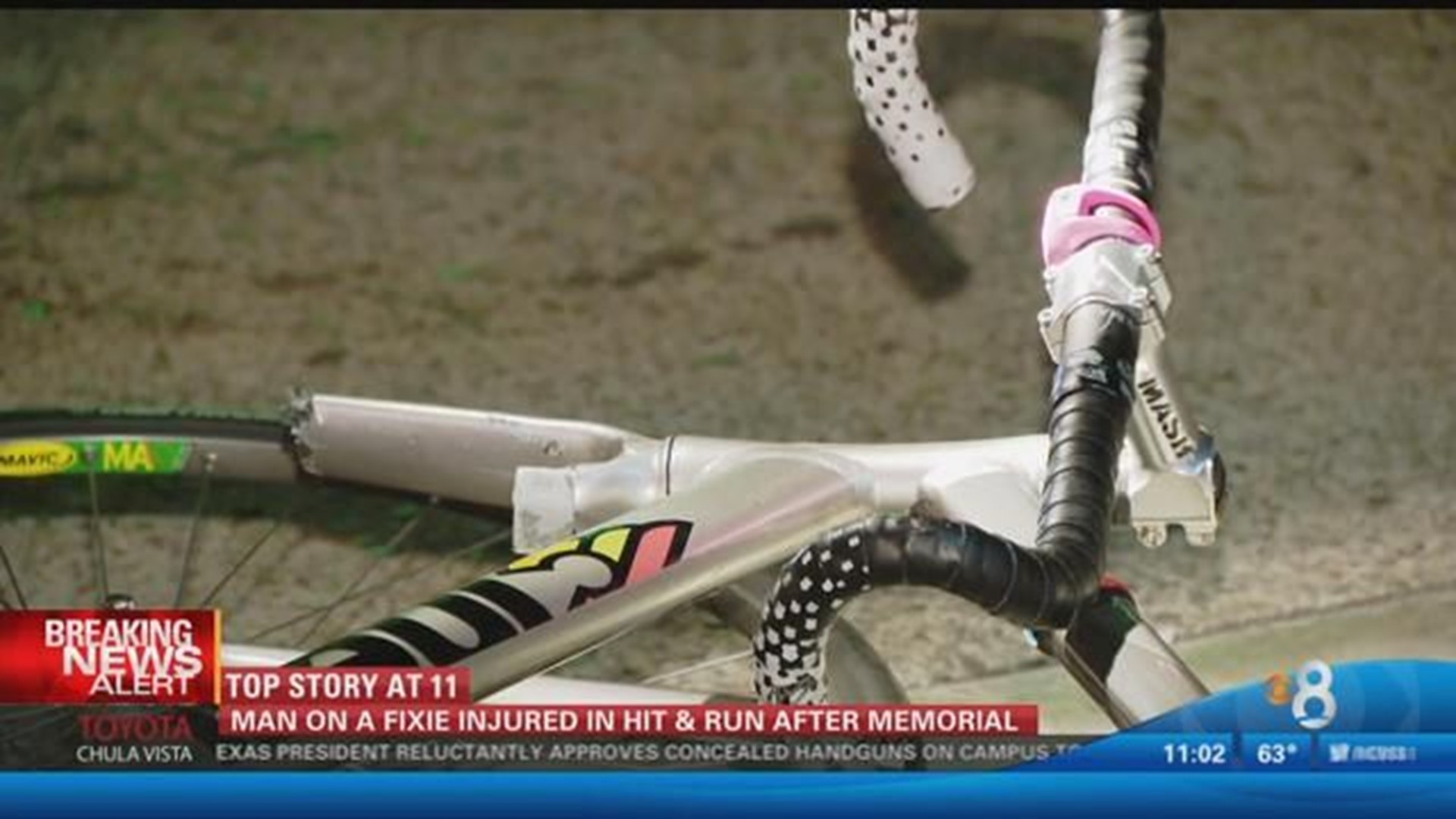 SAN DIEGO (CNS) - San Diego police sought Thursday a hit-and-run driver who struck a bicyclist in the Colina Del Sol neighborhood as he was returning from a memorial for a 13-year-old boy killed in a bicycle crash last week.

The bicyclist on a fixed-gear bicycle was hit by a white Toyota FJ Cruiser SUV that turned into his path on El Cajon Boulevard near 52nd Street around 6:30 p.m. Wednesday, according to San Diego police Officer Dino Delimitros. He was identified as 23-year-old Omar Avila.

Avila and a fellow bicyclist were leaving a memorial service for 13-year-old Jose Guadalupe Hernandez Dominguez when he was struck, according to broadcast reports.

Dominguez lost control of his bike on a steep hill along 61st Street in Encanto Monday, was thrown from his bike and fatally struck his head on the nearby trolley tracks. According to reports, he and another boy were trying to get away from a group of men who robbed them.

Avila suffered a head laceration and broken ribs in Wednesday's crash, but his injuries were not considered life-threatening, according to Delimitros.