Bicyclist killed in traffic accident on Balboa Ave by I-805

A bicyclist is dead after getting hit by several vehicles in the Kearny Mesa area Thursday morning. 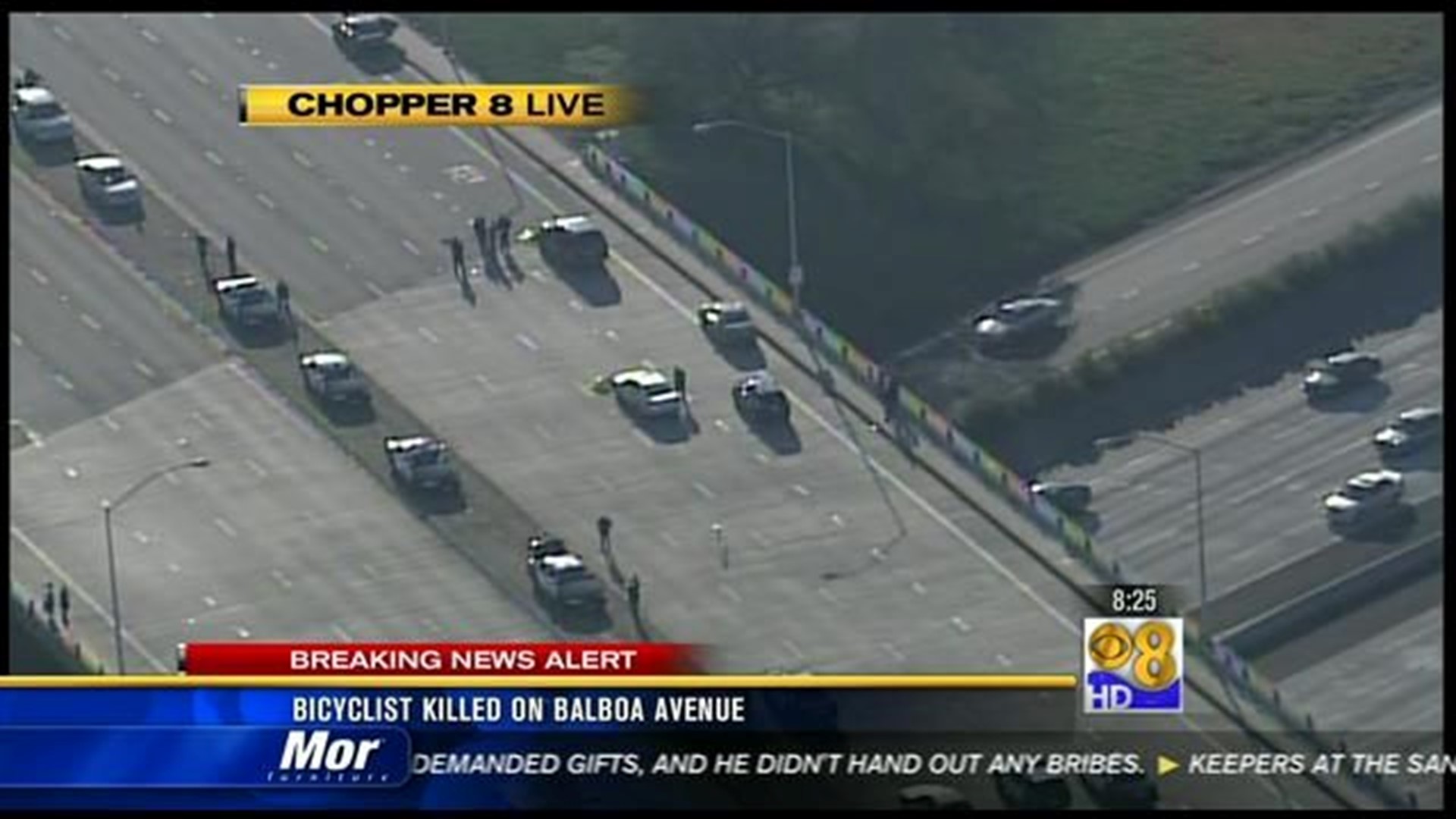 SAN DIEGO (CBS 8) – A bicyclist is dead after getting hit by several vehicles in the Kearny Mesa area Thursday morning.

According to Chopper 8 live reports, the cyclist was traveling westbound on the eastbound side of Balboa Avenue at the Interstate 805 overpass shortly after 7 a.m., when he was struck by a Ford Expedition and then hit by two other vehicles. The cyclist, identified as a white male, was killed.

Police are expected to be on scene conducting an investigation for the next three to four hours.

If you are driving in that area, expect delays. Traffic on the eastbound side of Balboa Ave. is being diverted to I-805 south. The eastbound Balboa ramp to the north I-805 is shut down, as well as the SB I-805 ramp to east Balboa.

Watch News 8 and visit cbs8.com for ongoing updates in this breaking news alert.