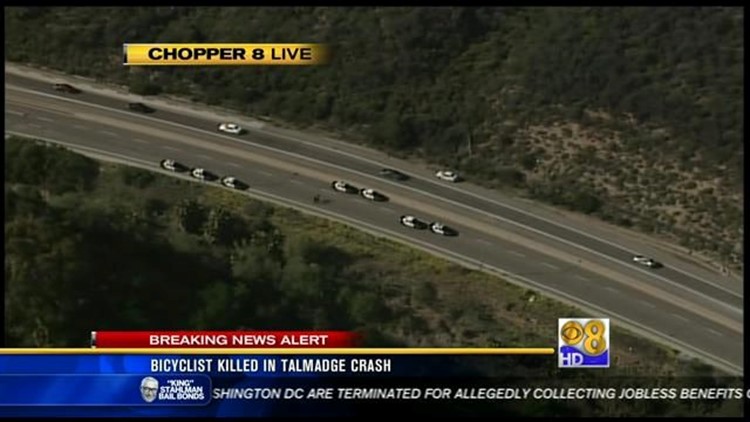 Bicyclist struck and killed by SUV in Talmadge

Bicyclist struck and killed by SUV in Talmadge

The victim was pedaling to the east on Montezuma Road, near Collwood Boulevard, when the Chrysler SUV hit him from behind about 3:30 p.m., according to San Diego police.

The man died at the scene, SDPD public-affairs Lt. Andra Brown said. His name was withheld pending notification of his family.

The motorist used his cell phone to report the accident and waited at the scene to speak with investigating officers. Intoxication was not believed to have been a factor in the crash, Brown said.