A dog had one heck of a journey that all started when Animal Control got a call Tuesday from U.S. Customs and Border Protection that a dog that had fallen into a hole in San Ysidro. 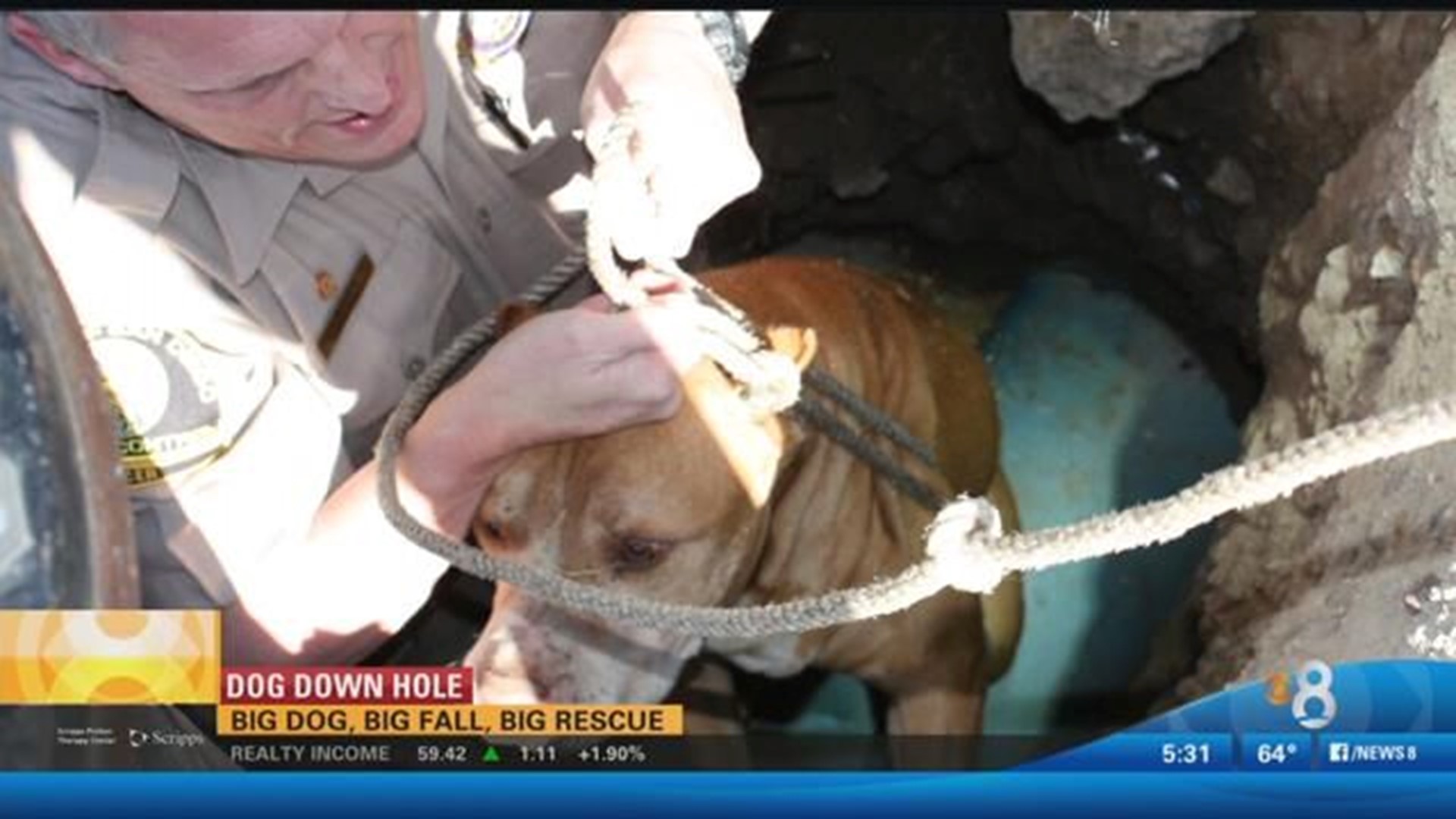 SAN DIEGO (CBS 8) — A dog had one heck of a journey that all started when Animal Control got a call Tuesday from U.S. Customs and Border Protection that a dog that had fallen into a hole in San Ysidro.

But there was confusion when Officer Joshua Nix and his partner Officer Peterson got on scene.

"At first nobody knew where the dog was," said Nix. "But after we were able to get a hold of the reporting party, they told us that it was a hole way off into the corner."

It was at a construction site down by the border, and when officers found the 6-foot hole they found a pit bull mix at the bottom.

"The dog wasn't moving, wasn't barking when we arrived," explained Nix. "At that point in time, when Officer Peterson jumped down into the hole, the dog became alive, started being more animated, [a] very friendly dog, and we were able to lift it up at that time."

But before they could make the rescue, they had to take some precautions. Officer Nix said all officers are trained to read an animal's body language to make sure it's safe, and that the animal doesn't feel threatened.

In the confined quarters, Petersen improvised a harness using a rope. With Nix and CBP officers pulling from above and Petersen lifting the dog from below, the dog was safely lifted up and out the hole.

“Mind you, this dog weighs 89 pounds, so it was no easy feat to lift the dog out.” said County Animal Services Deputy Director Daniel DeSousa.

When the dog got out, he reacted as could be expected.

"As soon as we pulled the dog out, it seemed like it was just absolutely fine," said Nix. "Wiggly, happy, wagging its tail, licking everybody. [He was] pulling hard on the leash, very strong feeling dog - just happy to be out of that hole."

Had someone not heard this dog barking at a remote site by the border, he wouldn't have made it. It's rescues like this that Officer Nix and his partner live for.

"It's a great feeling, it gives you great job satisfaction," Nix said. "Not everyday do you get to do something like that, but on those days it does happen - it really makes you feel like you're making a difference, and it's a really good feeling."

The pit bull was taken to the County’s animal care facility in Bonita where he was examined by veterinary staff members. They said the dog just needed some food, water and a comfortable bed.

The pit bull is about 6 years old and didn’t have any identification. He’ll be held for three days to give his owner a chance to come forward. If the dog isn’t claimed, he’ll be available for adoption on Sunday.