The heavy rain we saw in the month of February has created an incredible situation at Loveland Reservoir in Alpine. The Sweetwater Authority has so much water they're able to open up the valve and ... 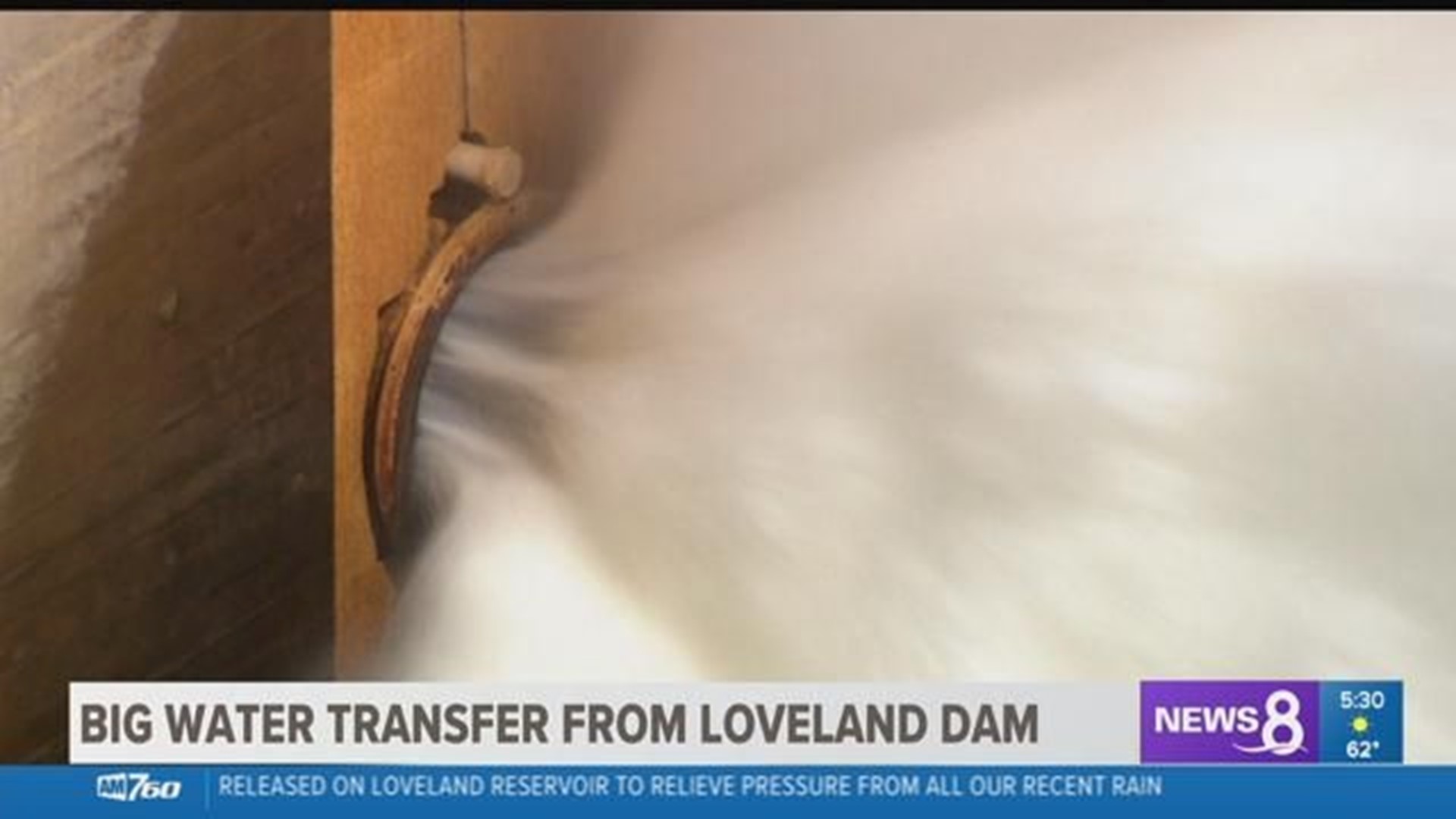 ALPINE, Calif. (NEWS 8 ) -- The heavy rain we saw in the month of February has created an incredible situation at Loveland Reservoir in Alpine.

“It’s coming out at a rate of 300 cubic feet per second,” said Erick Del Bosque, the engineering manager with Sweetwater Authority.

For the past 12 days, a massive flow of water has been released from the bottom of the Loveland dam.

The water district only does this water transfer during wet winters in San Diego so less water soaks into the ground.

“If we to do this in a dry year, the river bed is pretty dry and we would lose a lot of water to infiltration.  And maybe only half would make it to the Sweetwater Reservoir,” said Del Bosque.

Even when the riverbed is saturated with rain like it is now, about 25 percent of the transferred water still is lost into the ground, Del Bosque said.

The transfer of water has to take place this way because Loveland Reservoir is not directly connected to a water treatment plant.

Once the water reaches the Sweetwater Reservoir , it's treated and feeds customers in Chula Vista, National City and Bonita.

Since a lot of the water came from runoff, transferring it stabilizes water rates, according to Del Bosque.

“Whatever water we end up capturing at Sweetwater Reservoir helps offset costs for purchasing imported water, which is a lot more expensive,” he said.

The Sweetwater Authority opened the Loveland dam valve on February 15.  Since then, the water level has fallen 16 feet on the Loveland Reservoir.

As it stands now, Loveland only is at 50 percent capacity so there is plenty of room for more rain runoff this year.

The water transfer is expected to last another week or two, depending on local rainfall amounts.