Bill Walton statue to be displayed at Valley View 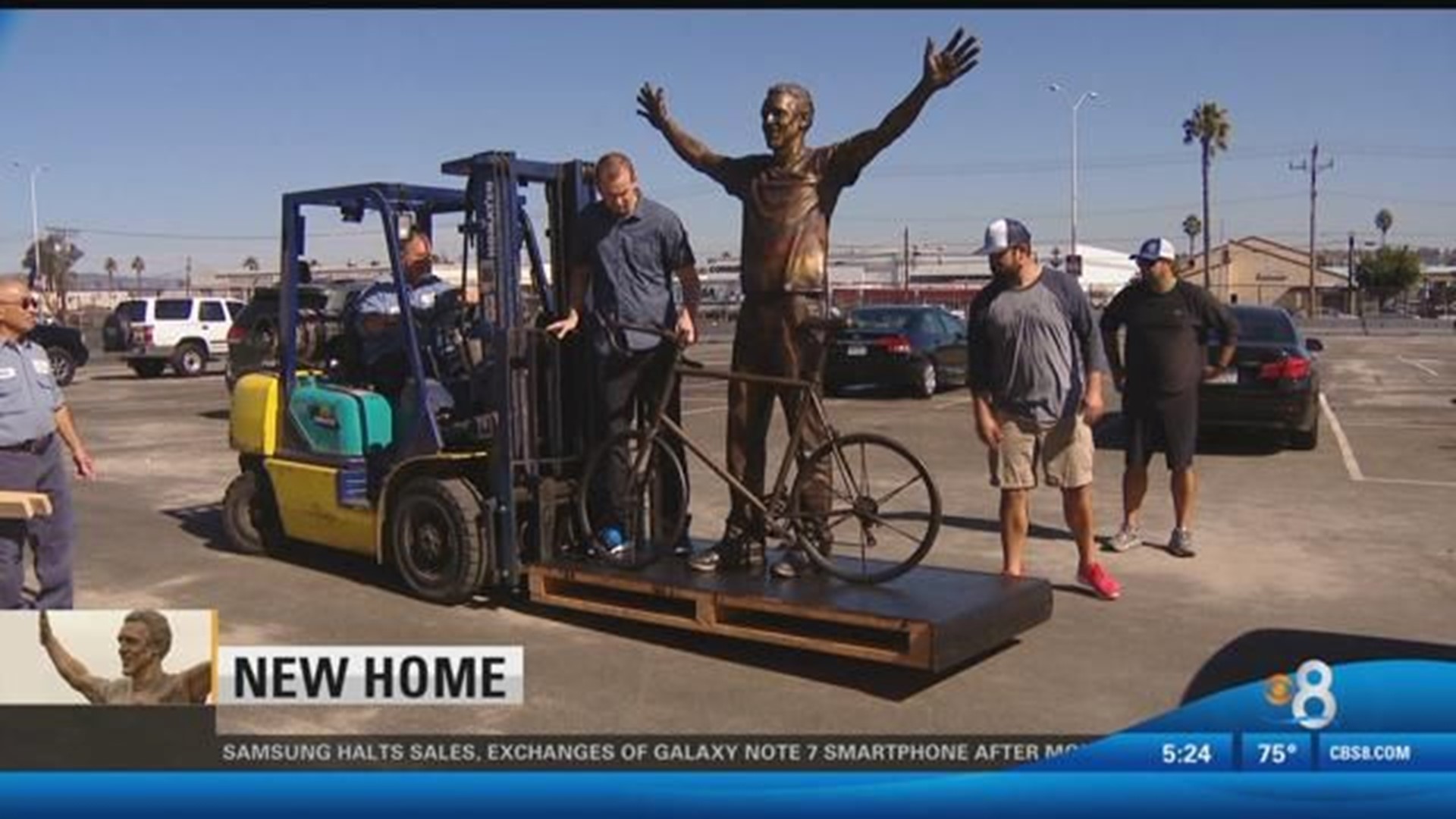 SAN DIEGO (CBS 8) - After much debate about where to place a life size tribute to local basketball legend Bill Walton - the six-feet-eleven-inches tall bronze statue arrived Monday to its new home.

Ernie Hahn, The Valley View Casino Center's general manager, said the decision to house the nearly 1,000-pound statue came after officials at Lindbergh Field reportedly turned down a request to have it displayed at the airport permanently.

Airport officials had agreed to host the statue for only three months because its art advisory committee did not think it was a good fit.

Dan Shea, Walton's friend and a supporter of the statue, said he and its creators thought Lindbergh Field would be the perfect place due to its visibility to so many people.

"We were surprised it got turned down, but they have their process and they have a right to do what they want to do. But it's called into question who makes the decisions and why. As far as I am concerned, he always has a home here," said Shea.

The Valley View Casino Center will be the statue's home through December, and it coincides with the center's 50th anniversary.

Bruce Walton said it was fitting because the center is where his younger brother's sports career blossomed.

Bill Walton could not attend Monday's event, but Valley View Casino Center officials said he is expected to see the display next week when the Lakers are in San Diego for an exhibition game.

Walton's supporters said they are still negotiating with the airport in hopes of working something out.