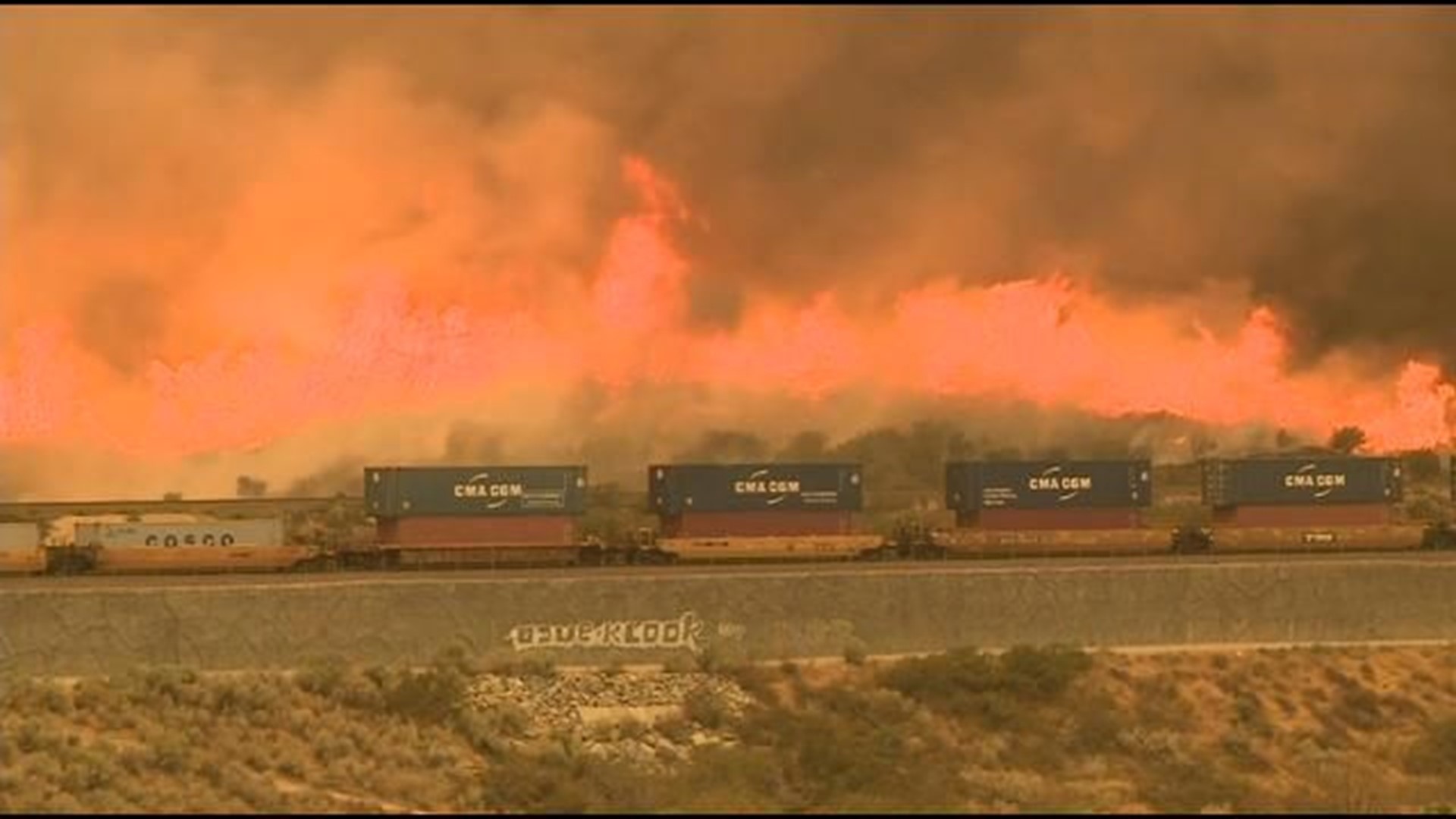 Acres burned: 36,274
Containment: 100%
Location: off of I-15 and Hwy 138, north of San Bernardino
Start date: August 16, 2016, approx. 10:36 a.m.
Cause: The Cause of the Fire is under investigation, however investigators need your help to determine the fire cause. If you seen anything, heard anything have photos or videos, please call We Tip 1-800-47-ARSON or submit your tip online at: http://wetip.com/

Effective Sunday, August 21st, at 4:00 p.m., the evacuation orders for Wrightwood, Swarthout Canyon, Lone Pine Canyon, West Cajon Valley and Lytle Creek have all been lifted. RESIDENTS ONLY will be allowed past the road closures (with proof of address).

The San Bernardino County Fairgrounds in Victorville continues to provide services to residents and their pets.

Roads that are opened:

I-15 North and Southbound is open through the Cajon Pass. Please exercise extreme caution as crews an equipment are still working along the road.

Highway 138 is open to residents only from Hwy 2 to Stone Basin Rd.

US Forest Road 3N31 at Lone Pine Canyon Road is closed.
The dirt road portion of Lytle Creek is closed from the gun range into the Forest.

SAN BERNARDINO, Calif. (AP) — Authorities have lifted all evacuation orders affecting thousands of people, less than a week after a wildfire raged through mountainous terrain in Southern California and consumed hundreds of homes and other buildings.

About 82,000 people were ordered to leave their properties when the fire broke out Tuesday, 60 miles east of Los Angeles. As firefighters advanced on the blaze, evacuation orders were gradually lifted.

Most of those residents are returning to find their homes intact, though not all. A preliminary damage assessment found 105 homes and 216 outbuildings destroyed across the rural, mountainous area where large swaths of land have been blackened.

Johanna Santore, 63, her husband and their 10-year-old granddaughter were among the last permitted to return home, though they already knew they didn't have much to get back to.

The family's home and nearly all their belongings were destroyed in the blaze.

Santore said the family was "holding up," but that Saturday evening when everyone was asleep she'd gone outside and cried thinking of the family's lost pets and mementoes. The Santores were out running an errand when the fire broke out and were unable to return to save anything.

Four dogs, six cats and a hamster left behind are missing.

"I'm hoping someone is stuck around hiding someplace," Santore said. "And if I start calling, they might recognize our voices."

In the meantime she has begun looking into how to replace birth certificates, their housing deed and other important documents they are unlikely to recover.

A prolonged drought has transformed swaths of California into tinderboxes, ready to ignite. A half-dozen other wildfires were burning in the state, including one in central California that destroyed 34 homes and forced the closure of the famed Hearst Castle.

That fire has burned 43 square miles since it began August 13. It remained 35 percent contained. Fire spokeswoman Jaime Garrett said the fire was growing in the opposite direction of the Hearst Castle, a popular tourist attraction that houses a large art collection that belonged to media magnate William Randolph Hearst.

In rural Santa Barbara County, a 33-square-mile wildfire that forced the evacuation of two campgrounds was 20 percent contained.

In the southern Sierra Nevada, another blaze feeding on dense timber in Sequoia National Forest forced the evacuation of several tiny hamlets.

A nearly monthlong blaze burning near California's scene Big Sur is not expected to be fully contained until the end of September. The fire has destroyed 57 homes and charred 133 square miles, Cal Fire said. It is 60 percent contained.