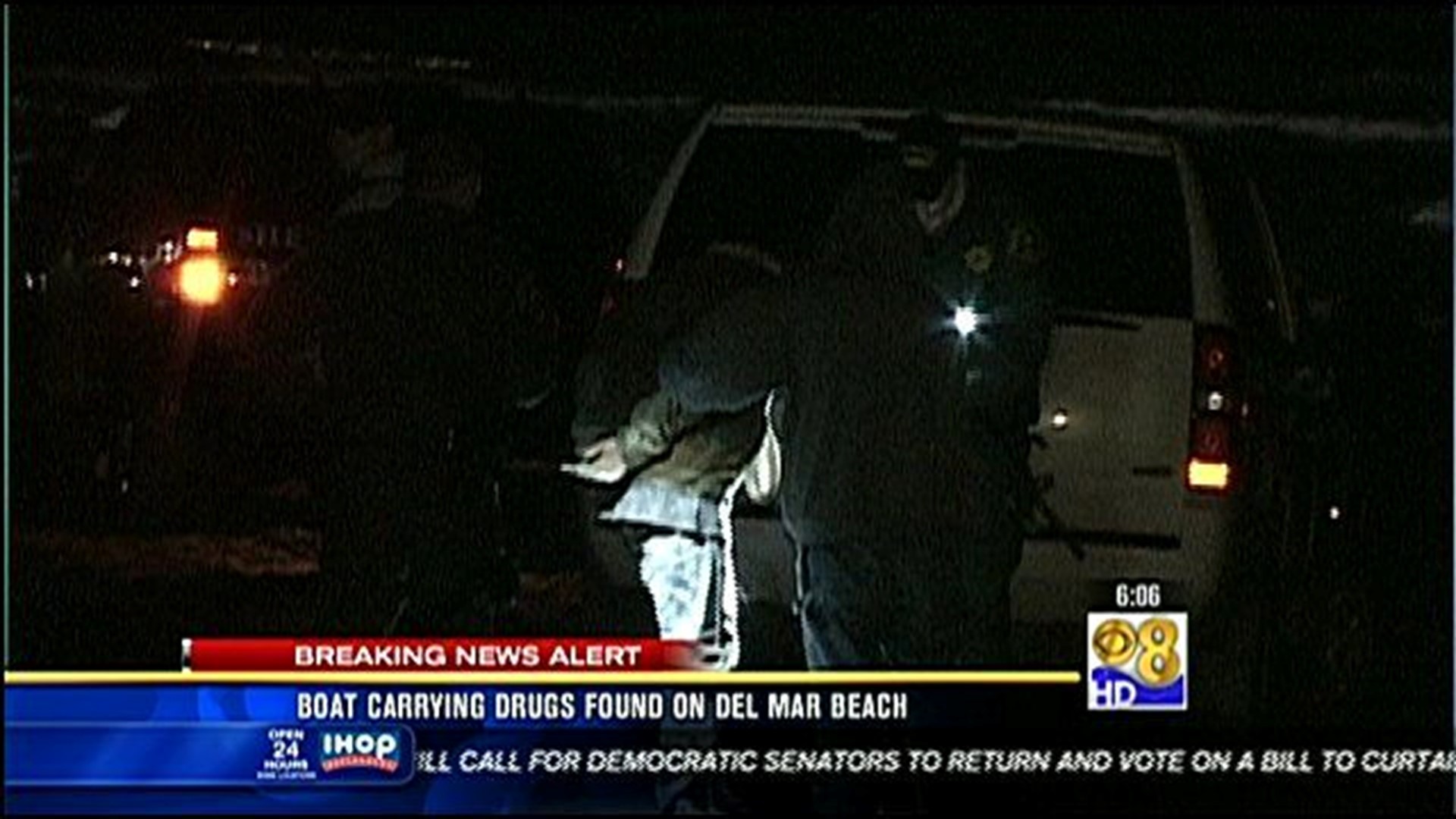 U.S. Border Patrol agents spotted the panga motoring north off the coast of La Jolla Tuesday with two men aboard and no lights.

The agents monitored the boat's progress into the Del Mar area, where it came ashore just south of Dog Beach shortly before 4 a.m.  When the suspects saw Border Patrol agents approaching them, they tried to restart the outboard motor but were unable to do so.

Aboard the boat were 26 plastic-wrapped bundles of pot weighing a combined 399 pounds. Two Mexican Nationals, 28 and 41, were arrested, but their names were not made public. They were turned over to Immigration and Customs Enforcement, along with the pot and boat.

Agents say beach drops have more than doubled in the past year and a half with smugglers trying to sneak people and drugs into the country. Last year 17-illegal immigrants were taken into custody in Carlsbad. Other boats were discovered in Pacific Beach and La Jolla.

Although beach goers say landings like these are common, nearby homeowners were rattled. Matt Barnes' mother heard the commotion and forced all four of her children to sleep in her room. Barnes told News 8, "My bedroom is down stairs she rushed down and took me upstairs and locked me in her room. What am I going to do?"