A 37-foot power boat crossing through 8-10 waves at the Oceanside Harbor entrance flipped sideways, tossing a man and his boy into the drink Sunday. 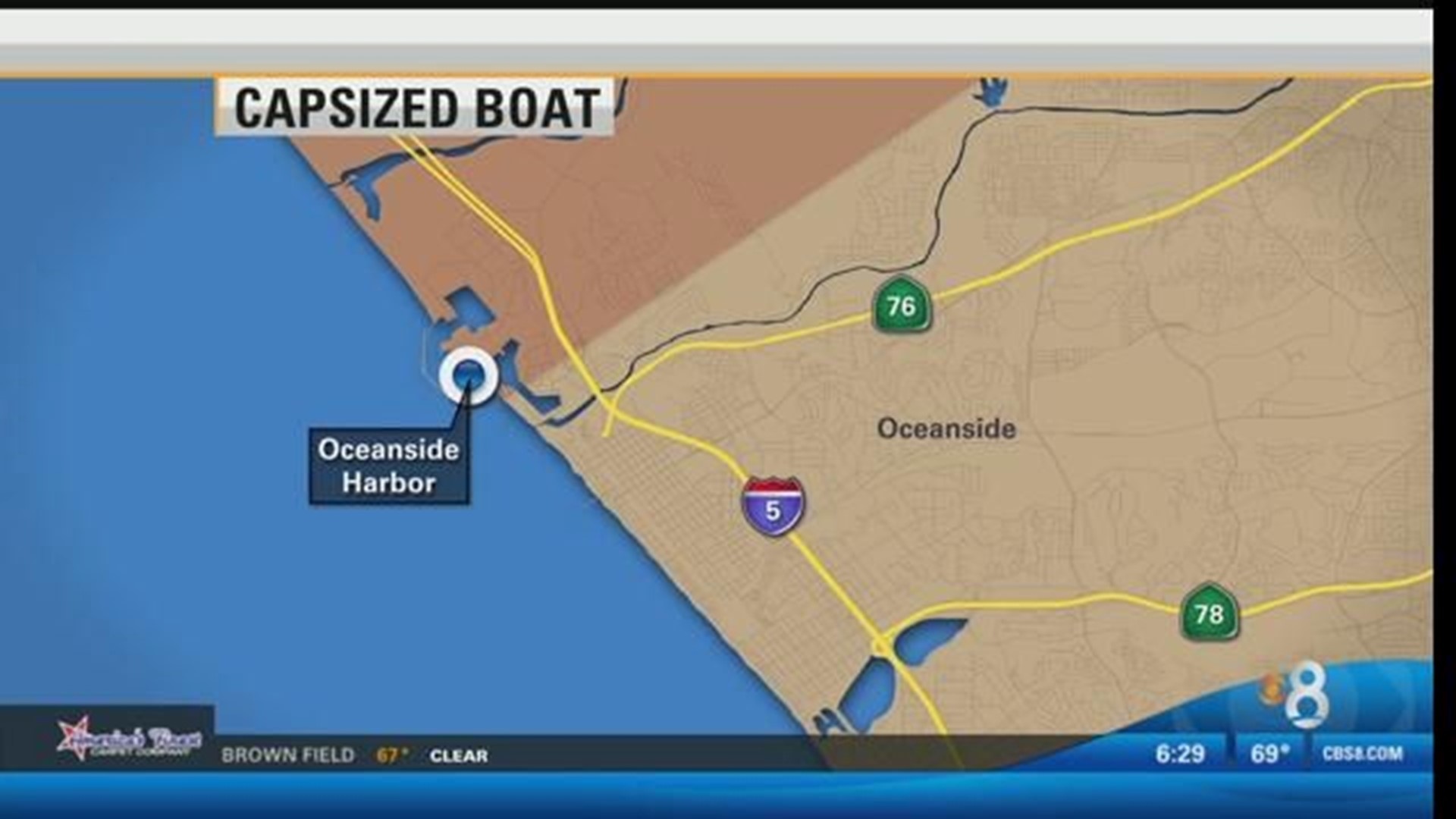 OCEANSIDE (CNS) - A power boat crossing through eight to 10 foot waves at the Oceanside Harbor entrance flipped sideways, tossing a man and his boy into the water Sunday.

"There was large surf at the Oceanside harbor entrance due to large swells," Oceanside Harbor Police Officer David Cunniff said noting it took lifeguards and police just one minute to arrive on the scene and pull the victims out of the water quickly. They were not seriously injured in the 12:22 p.m. incident.

"The 37-foot cabin cruiser turned to the side, barrel rolled completely over, and then righted itself," Cunniff said. "Two of the seven people on board, a father and son, were ejected into the water."

A total of 15 rescue personnel were on the scene as well as three OPD Harborboats, one Oceanside Lifeguard rescue boat, one personal water craft, an Oceanside Fire Department engine, one ambulance and one battalion chief.

All seven boat victims were transported to the harbor dock to be evaluated by paramedics. Injuries to the boaters were minor, mostly "bangs, bumps and bruises," Cunniff said.

None of the victims required hospitalization.

Cunniff said the Coast Guard issued a warning to mariners Sunday, to use extreme caution when navigating the harbor entrance due to the exceptionally strong surf.

Oceanside lifeguards said they had at least a dozen other water rescues Sunday involving swimmers, surfers and water craft.

Lifeguards will be working extended hours today due to the large south swell and the volume of people in and out of the water.