Workers and guests at The W Hotel in downtown San Diego is dealing with a wet mess Monday night. 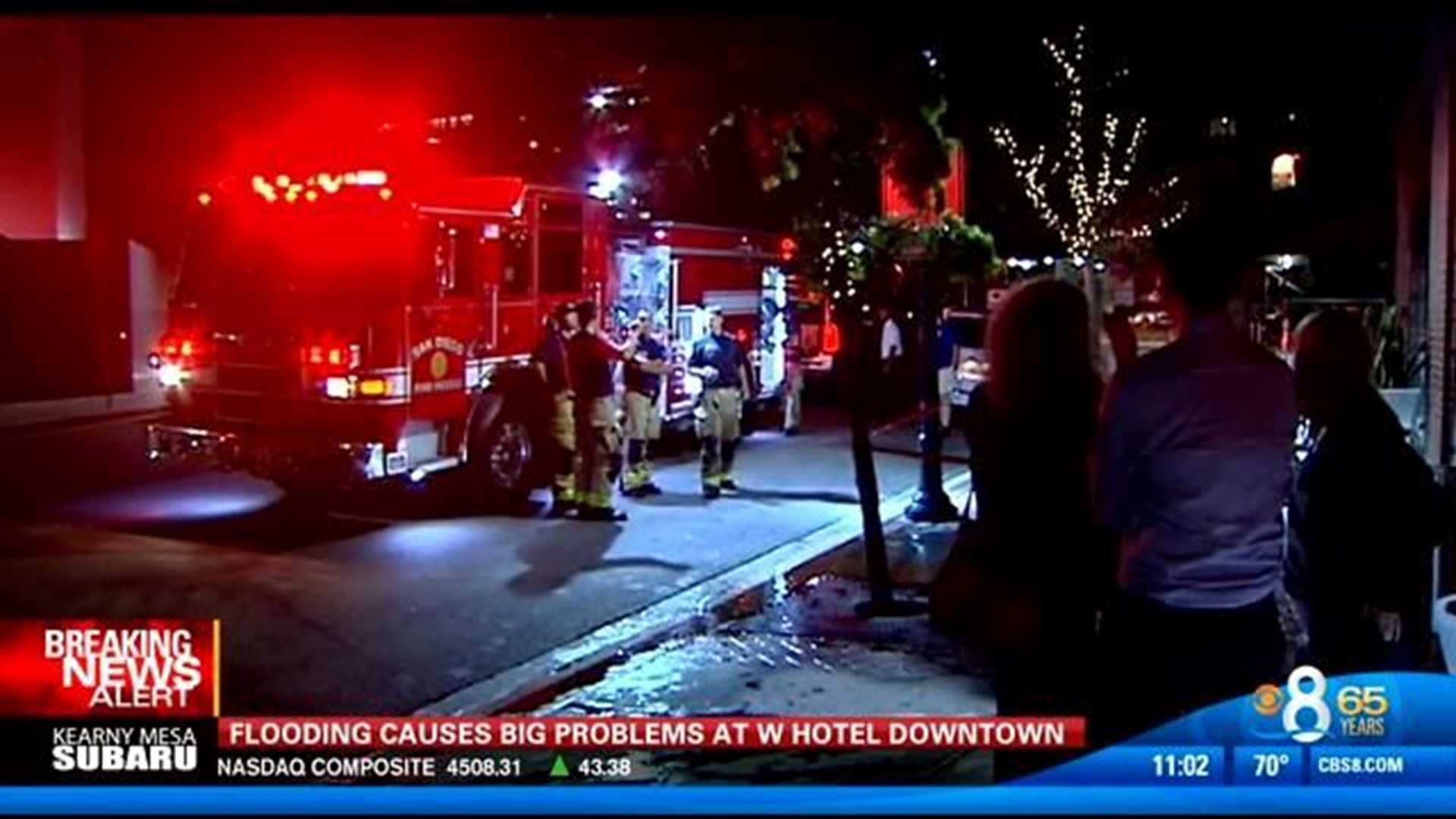 Firefighters say around 8:30 p.m. Monday, an air conditioning pipe burst causing an overflow of water to flood the third and lower floors at the W Hotel at 421 W. B Street.

One guest says she wasn't forced to leave but didn't feel staying there for the night.

No word on damages. The cause of the break is under investigation.