An investigation is underway Wednesday into what sparked a fast-moving fire along Interstate-8 in Mission Valley. 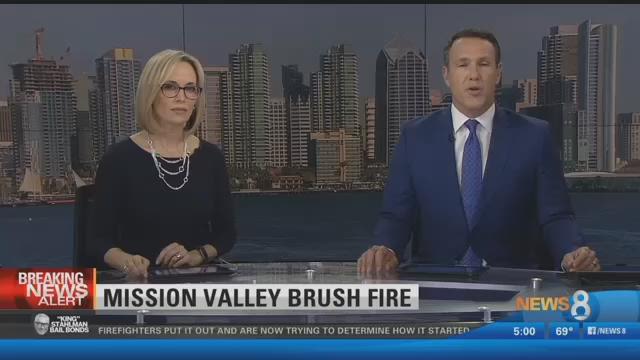 MISSION VALLEY (NEWS 8) -  An investigation is underway Wednesday into what sparked a fast-moving fire along Interstate-8 in Mission Valley.

Crews worked to extinguish a brush fire in an open area off Texas Street and Camino del Rio South, near Interstate 8 in Mission Valley, according to the San Diego Fire-Rescue Department.

Deputy Chief Steve Wright was driving by when he noticed the flames in the brush. He immediately called in the fire department and began coordinating the plan of attack.

The air support from Copter One made all the difference.

"They came in and knocked down the heat. So the helicopter was key to the success of today," said Chief Wright.

No structures were threatened during the fire.

Fire crews were sent out again Thursday when the fire ignited again. Crews knocked it down quickly.

Investigators say the cause of the fire is still undetermined and the start of many fires like this are impossible to find because it is difficult to pinpoint the origin.