Federal cuts are threatening to close down the Tijuana Estuary Visitors Center, and supporters are writing letters urging Congress to restore funding to save a vital piece of California's coast. 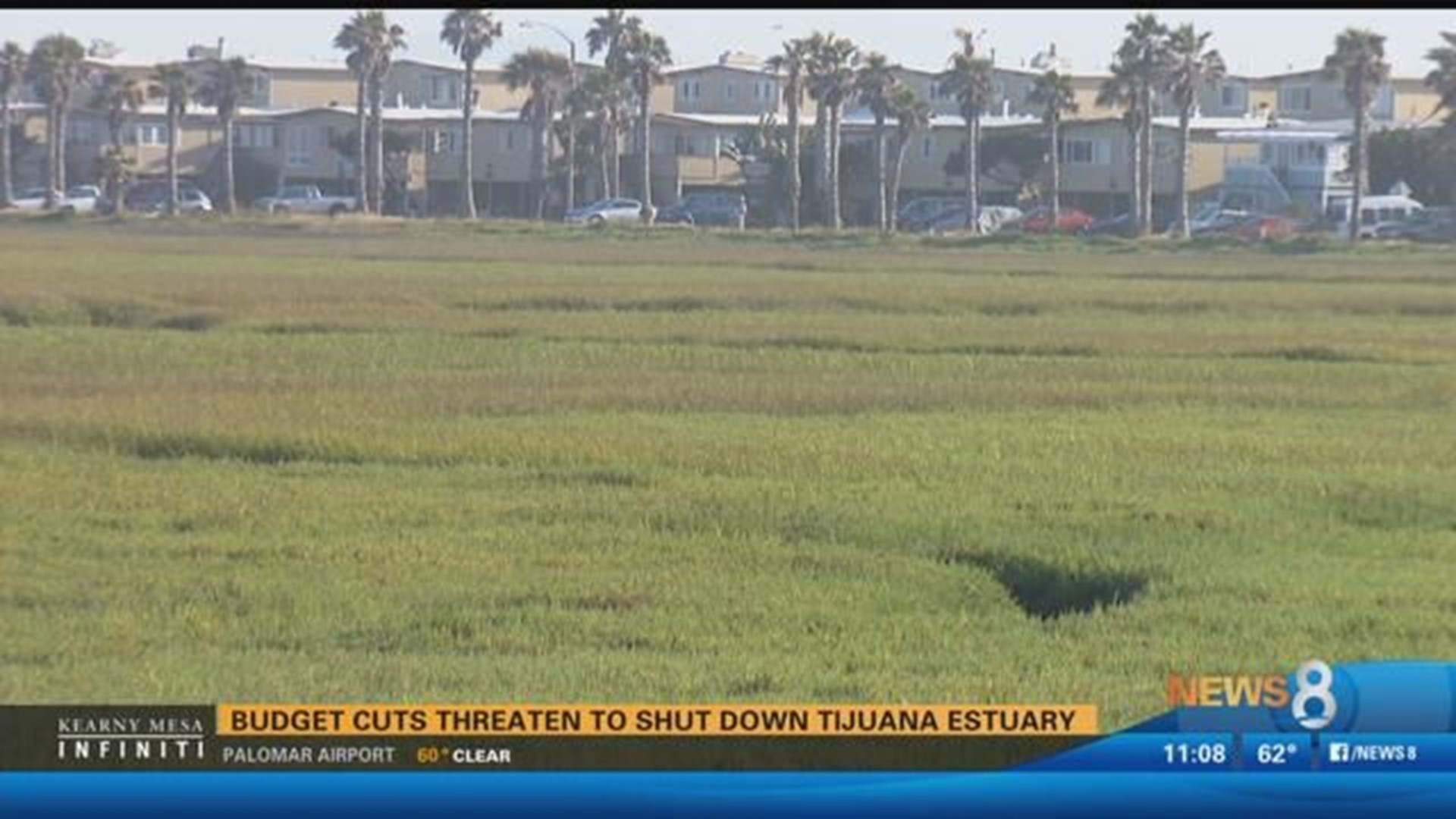 SAN DIEGO (NEWS 8) - Federal cuts are threatening to close down the Tijuana Estuary Visitors Center, and supporters are writing letters to local Congress leaders urging them to restore funding to save a vital piece of California's coast.

In President Trump's budget, he is proposing to cut $250 million in grants from the National Oceanic and Atmospheric Administration (NOAA). Mr. Trump had previously said "these programs are a lower priority than core functions maintained in the budget such as surveys, charting and fisheries management."

"We are in the heat of the battle to protect this area," said Dr. Mike McCoy, Southwest Wetlands Interpretive Association president.

Volunteers are worried about the cuts which would slash $619,000 in matching grants - wiping out researchers and educators for the 75,000 visitors at the Estuary each year.

"This is such a wonderful opportunity for all kinds of education, not just environmental education but math along with the science," said Richard Pilgrim, volunteer with Friends of San Diego Wildlife Refuges.

Imperial Beach leaders said it is a vital time to protect the Tijuana Estuary, especially after millions of gallons of sewage spilled into the river in February.

"This Estuary is a giant sponge and it works to filter that pollution. If it were not for this, more pollution would be getting out into our ocean all of the time," said Imperial Beach Council member Mark West.

Friends of the National Wildlife Refuges have set up a Facebook page about the threats to the Tijuana Estuary in hopes of saving it.

"We want to emphasize the importance of the ecosystem services that are provided these systems to humanity. It's probably one of the most beautiful to me and productive systems on the planet," said Dr. McCoy.

"This is an example of Trump's reckless budget cuts hitting home. Slashing grants from NOAA will hurt our local environment and jeopardize the Reserve's critical role in research, conservation, and education. Implications for human health and safety are at stake. I'll be fighting these cuts to NOAA grants."

Other local members of Congress did not respond to News 8's request for comment.