Earlier this year, News 8 introduced you to a teenager who helped raise money to build a home for a family in need in Tijuana. 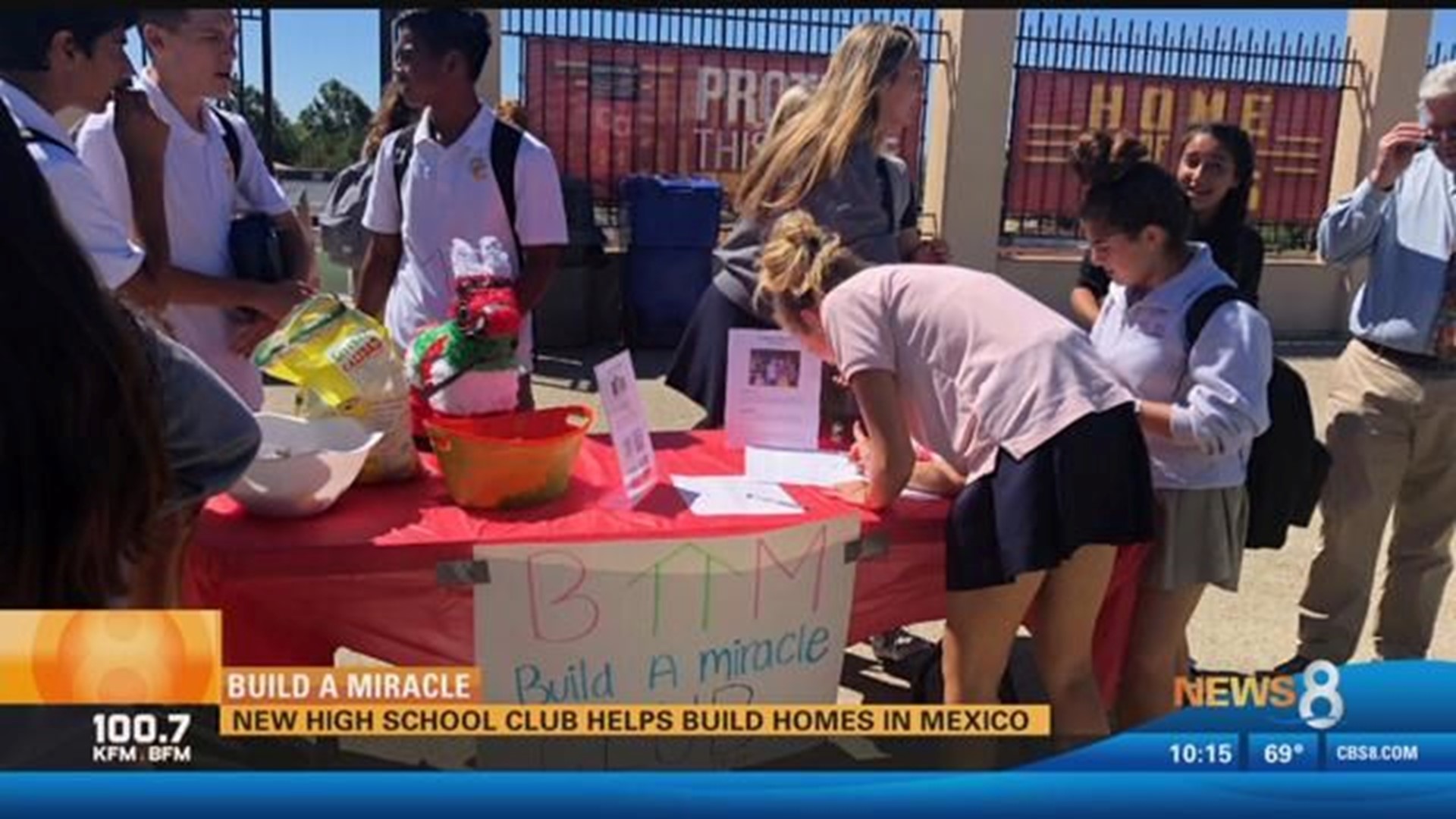 TIJUANA (NEWS 8) – Earlier this year, News 8 introduced you to a teenager who helped raise money to build a home for a family in need in Tijuana.

That teenager is Daniella Benitez. She is now a student at Cathedral Catholic.

Cathedral Catholic has more than 100 clubs from social to academics and volunteerism. Students, however, say the Build a Miracle Club is like no other club and it was started by an inspiring freshman.

“The thing I was most scared about is that this is my first time at a new school and it is high school. As a freshman I was very intimidated and nervous to start this club,” said Daniella.

Daniella got the attention of the school's president when she pitched starting the Build a Miracle or BAM Club – echoing the non-profit to raise $16,000 to build a home in Tijuana.

“It is essential because the only way we become adults and take responsibility for ourselves is by giving others,” Stevan Laaperi, Cathedral Catholic High School President.

Tennis mate and senior Tess Dufour, who is also passionate about social justice, was named the vice-president of the BAM Club. “Starting this club can give students the opportunity to not just learn about it in the classroom where we have Catholic faith, but to actually go and experience it first hand – to see how lucky we are to go to this amazing school and live in this beautiful place.”

A beautiful place that feels worlds apart, but only across the border.

This past spring, News 8 shared Daniella’s story after she helped build walls of inspiration with BAM for families living in shacks, leaky roofs and with no running water.

At the time, Daniella was able to raise $16,000 without the help of her mom and dad. Now, she has done it again.

“It opens your eyes a lot more when you go down there and see people and see how they live. It makes you feel guilty,” she said.

Daniella’s kindness is spreading to her younger brother who raised $16,000 for BAM.

The non-profit has built more than 300 homes since 1999, and 27 kids have gone to college. Families who receive help from BAM must have kids in school, own a plot of land, help build and pay it forward.