A multi-million dollar renovation on a naval building in Coronado that are shaped like a swastika is now complete, however, the building still looks like a swastika even though the Navy promised to... 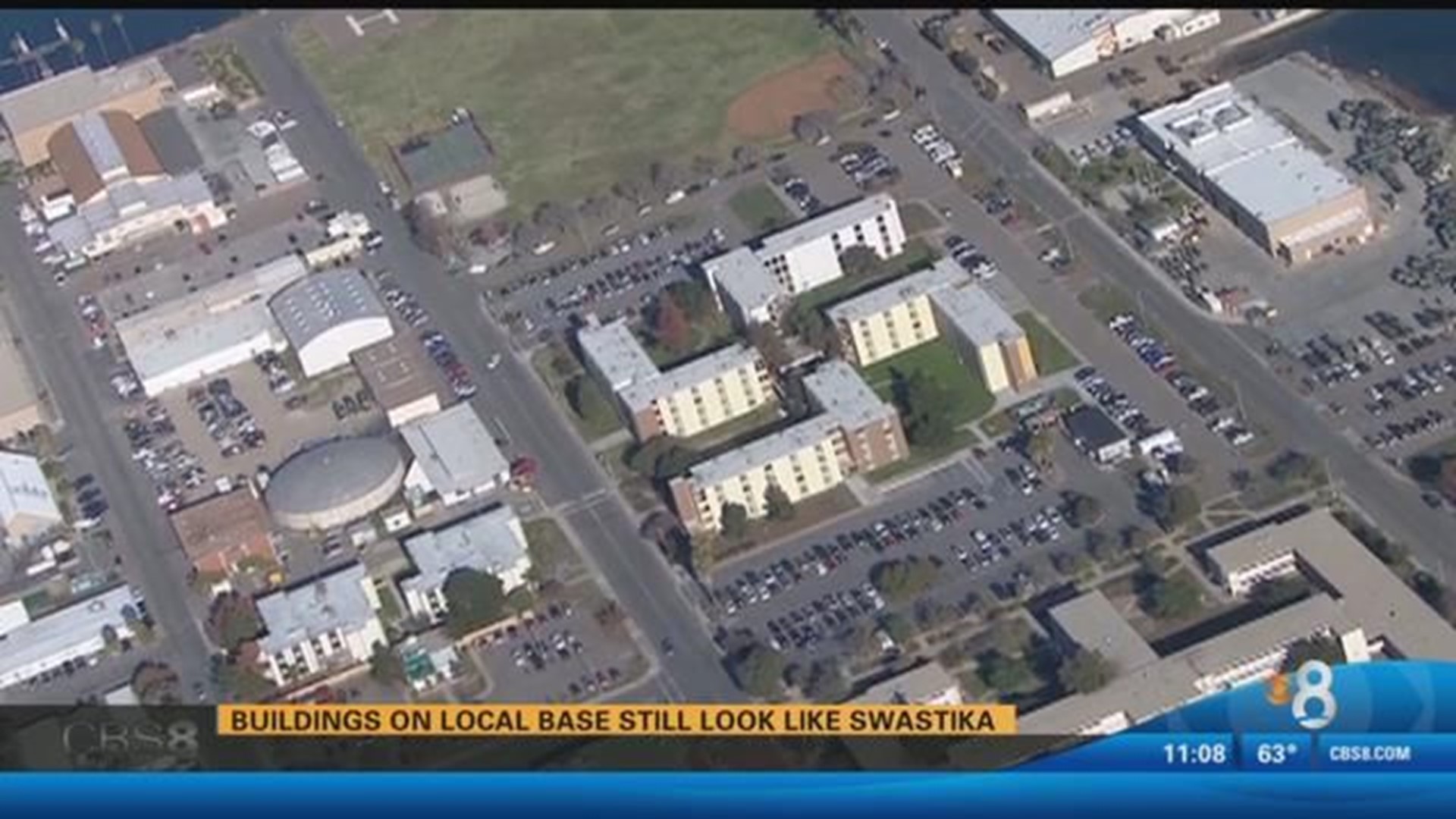 SAN DIEGO (CBS 8) - A multi-million dollar renovation on a naval building in Coronado, which some said is shaped like a swastika, is now complete. However, the building still resembles a swastika despite promises made by the Navy to change the design.

The buildings at Naval Base Coronado, which were constructed in the late 1960s, are grouped together in a way that clearly looks like a swastika, which people found so offensive that the Navy agreed it had to be changed.

Leading the charge to change the building design is Avrahaum Segol who has spent years working with the Navy and it seemed to him like progress was being made. In 2010, he received a letter from then Rear Admiral William French offering a solution to change the buildings into a square. The Navy also provided images of the proposed design change.

"Everybody that I worked with on the Navy team really wanted to change this, "said Segol.

CBS News 8's Steve Price has followed the progress of the design change since 2006, following up the following year. The Navy provided CBS News 8 with a statement saying:  "We take this issue very seriously, and the Navy does not want to be associated with a negative and hateful symbol as a swastika."

However, the recommended changes were not going to be cheap, so the Navy submitted a budget request for a larger project that would include updates to the facility.

"It should be fixed. We did it. We worked at it," said Segol.

Segol, who was born in the United States and now lives in Israel, took the Navy at their word. However, to his surprise, Segol learned that the Navy recently completed a $14 million project on the buildings, but did nothing to change the outer appearance, which left Segol feeling frustrated.

"This is a joke. Fourteen million dollars for zero!" said Segol.

On CBS News 8 at 5PM, we’ll answer the questions surrounding the funds for the project and the delay in changing the design.