Burning ones skin to get a sun-tan tattoo is the latest social media craze, but dermatologist warn that although the tattoo is temporary, the skin damage could last a life time. 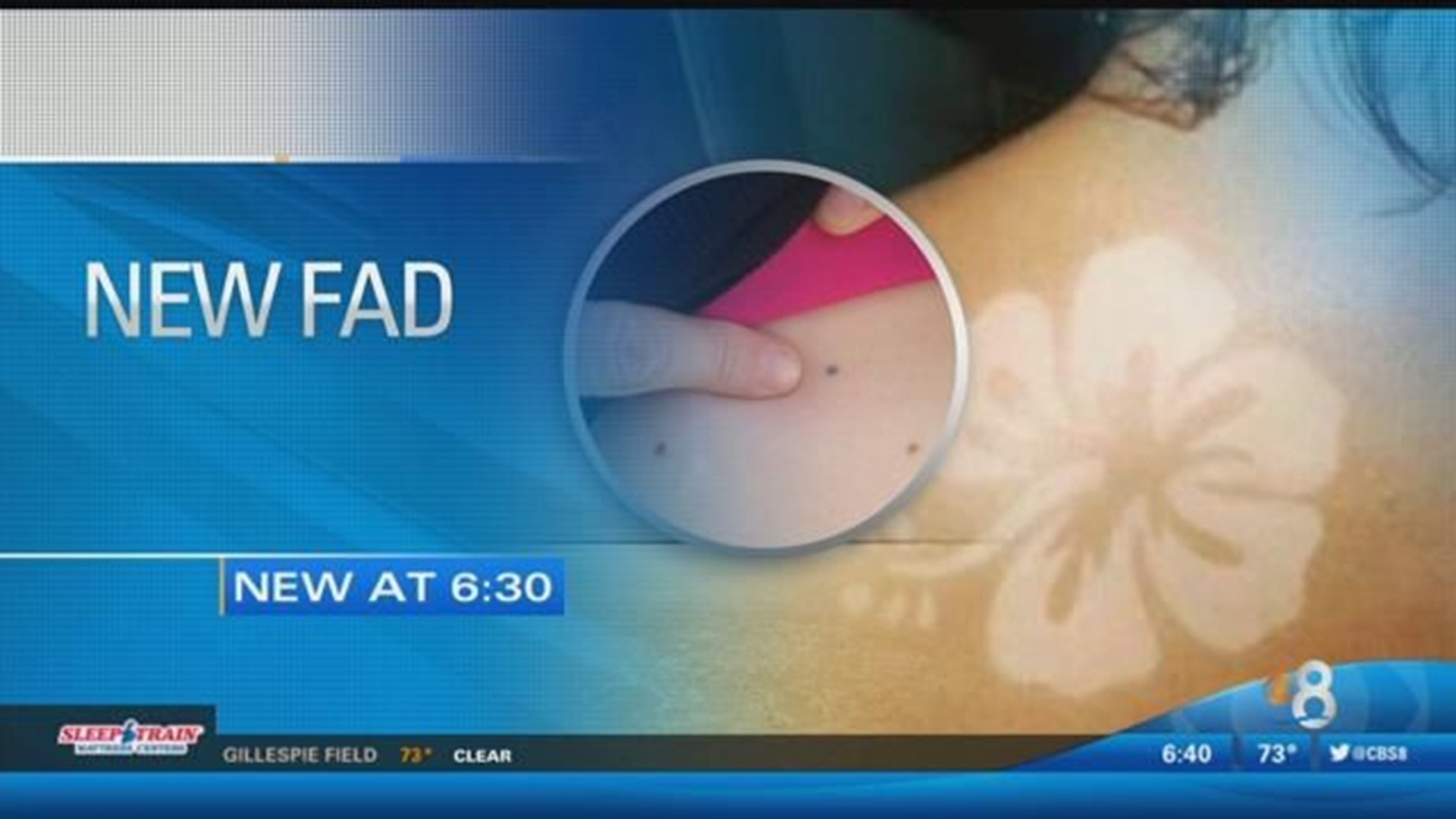 SAN DIEGO (CBS 8) - Burning one's skin to get a sun-tan tattoo is the latest social media craze, but dermatologists warn that although the tattoo is temporary, the skin damage could last a life time.

How does it work?

People will take suntan lotion and squeeze on an imprint of their choice, and then sit out in the sun until they have a tattoo burned in their skin.

To achieve the look, some people cut out their favorite design in a t-shirt, use stencil or even pile of globs on sunscreen formed in a special shape, and then they bake.

"These are people who are actively cooking their skin. Some are even putting oil on other parts of their skin. You're having to burn the skin in so many times to change that color" said Dermatologist Mona Mofid.

While easy to achieve, Dr. Mofid said the sunburn art is harmful for people's health. "Where they might think it's silly or fun or entertaining for summer, five, ten, 15 years from now, these are individuals who might die from skin cancer," said Dr. Mofid.

Whether inside a tanning salon or at the beach, Dr. Mofid said five or more sunburns during your lifetime doubles your risk of skin cancer.

"It's probably one of the most ridiculous social media trends that we've seen because it is actually extremely hazardous to people's health," said Dr. Mofid.

A much safer sunburn alternative is getting a spray on tan, removable ink, or a Henna tattoo.

The easiest way to repair you skin's damage is by wearing daily moisturizer with sun protection and consulting a physician if you start to see spots.