A project to add new bike lanes through uptown is about to get rolling, but business owners have a big issue - parking. 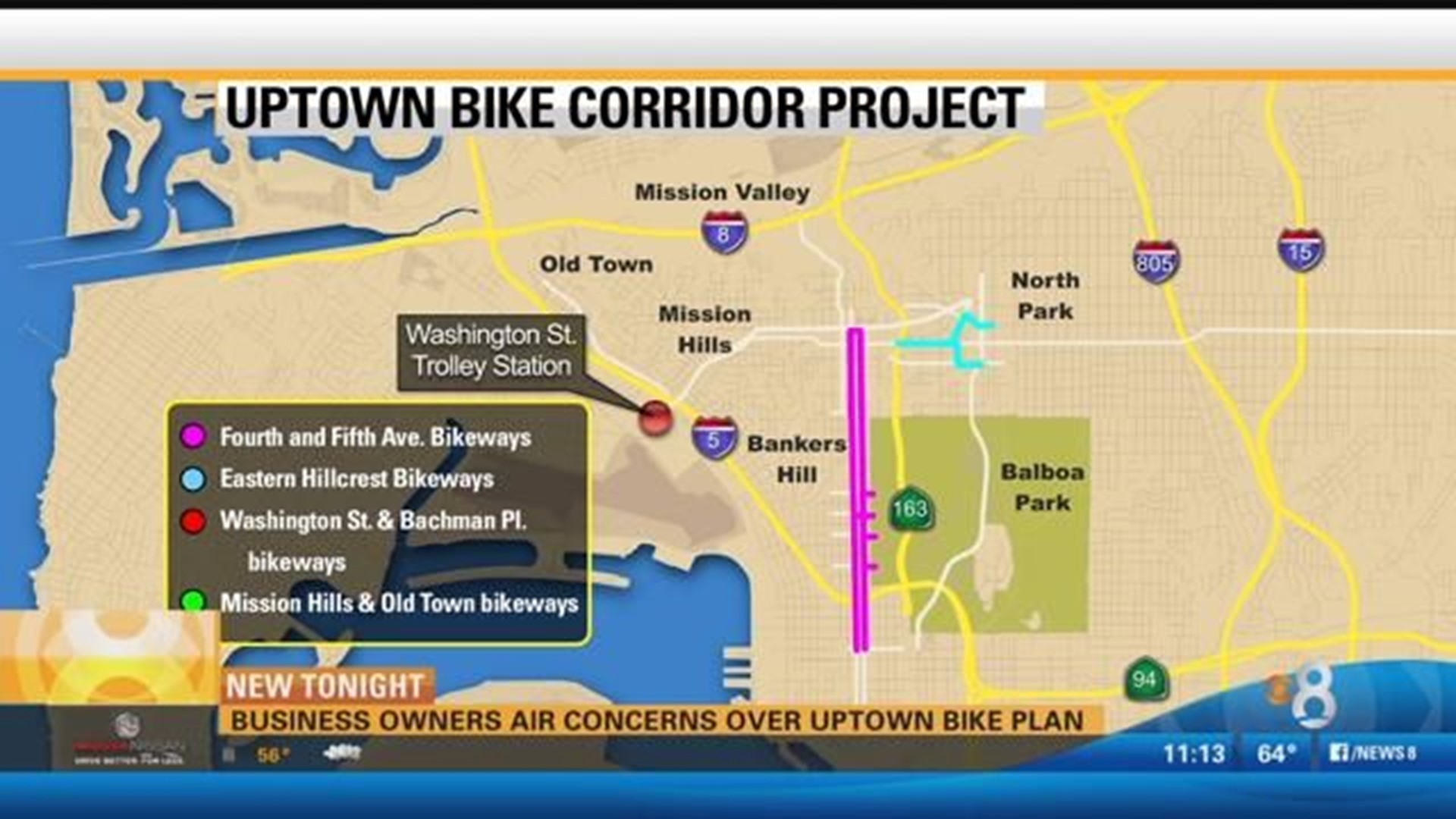 SAN DIEGO (CBS 8) - A project to add new bike lanes through Uptown is about to get rolling, but business owners have more questions about the plan. The big issue concerning the store owners is losing parking spots around their businesses.

During a public hearing Tuesday night, SANDAG collected public concerns about the project and to decide if the 12-mile stretch of bike lanes throughout Uptown should be exempt from the California Environmental Quality Act (CEQA).

The plan for the bike lane paths was approved last year amid controversy. On Tuesday business owners and cyclists were able to see concepts of what the bike lanes would look like once completed.

Dedicated bike paths will be placed in East Hillcrest and cyclists in both directions would share a lane. Bike paths are expected to be placed between the sidewalk and angled parking.

The first phase of the project would run along 3rd, 4th and 5th Avenue from downtown San Diego to Hillcrest. The second phase through University Avenue from 9th Avenue to Normal street.

The third phase would be from Mission Valley up to Mission Hills on Bachman Place and down Washington Street.

Many cyclists support the plan that would enhance existing dedicated bike paths, but several business owners are concerned about losing 16 parking spots just along 4th and 5th Avenues.

Tuesday night's comments were shared with SANDAG board of directors who will be meeting on June 24th to decide if the Uptown Bikeway Path Project is exempt from CEQA.

Construction is expected to start next summer.