San Francisco is set to turn into Gotham City, as city officials help fulfill a 5-year-old leukemia patient's wish to be "Batkid." 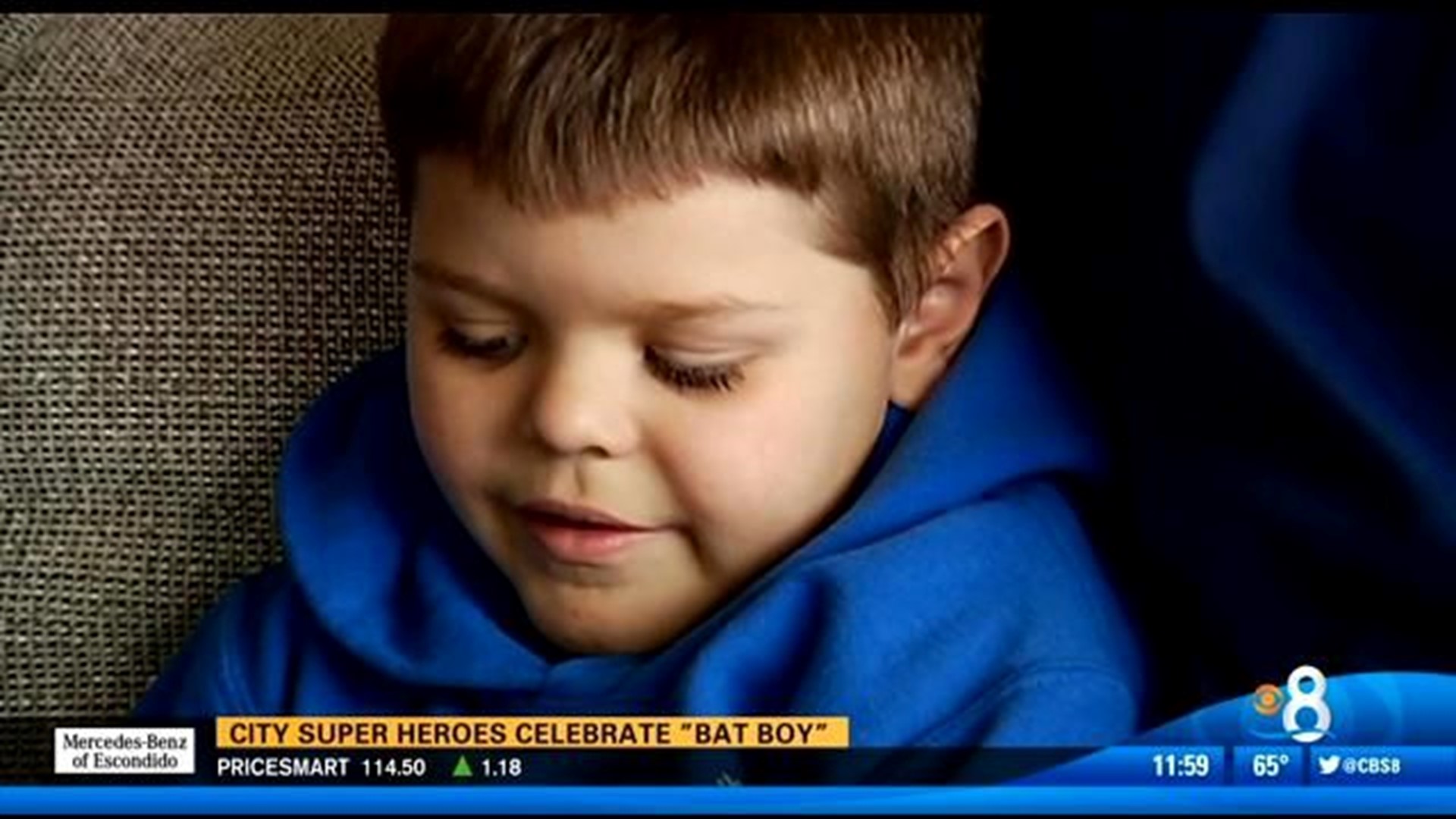 SAN FRANCISCO (AP) — A 5-year-old Northern California boy who has battled leukemia for years became a darling of social media and attracted thousands of fans at home and around the country — including the president — as he took on the persona of his favorite superhero.

Dressed in Batman's signature cape and mask, Miles Scott faced foe after foe around San Francisco on Friday, drawing huge crowds and fulfilling his greatest wish in the process.

The White House sent out a tweet encouraging Batkid to "Go get 'em!" and in a video recording, President Barack Obama said, "Way to go, Miles! Way to save Gotham!"

Batkid was called into service by Police Chief Greg Suhr and spent the day zooming from one "crime scene" to the next. Accompanied by an adult Batman impersonator, Batkid rescued a damsel in distress from cable car tracks, captured the Riddler as he robbed a bank, and saved the San Francisco Giants mascot — Lou Seal — from the Penguin's clutches.

Miles was able to fulfill his wish through the Make-A-Wish Foundation, the city and volunteers who stepped forward to help.

Batkid had a police escort worthy of a dignitary as he sped around the city in a black Lamborghini with Batman decals, with officers blocking traffic and riding alongside him on motorcycles.

"I think it might be the first time a Lamborghini had a booster seat," said Patricia Wilson, the executive director for Make-a-Wish in the Greater Bay Area.

The crowds grew after each stop, reaching into the thousands by the time Miles got to Union Square for lunch at the Burger Bar atop Macy's. Spectators climbed trees and clambered up lampposts, and police and organizers struggled to keep a path open for the motorcade, which drove past onlookers lining the streets six deep for several blocks.

At Batkid's stop in the city's Russian Hill neighborhood, a woman sat on the cable car tracks in a dress and thigh-high black boots. She had a handkerchief around her mouth, and her hands were bound behind her back.

Batman and Batkid sprang into action, with the aid of a trampoline, as the crowd roared. They rescued the woman and disabled a plastic replica bomb she was tied to.

The two masked superheroes then took off to nab the Riddler as he robbed a downtown bank. They later jetted to the Penguin's kidnapping of Lou Seal.

The 5-year-old at first seemed overwhelmed by the outpouring, quietly working through each scenario with clenched fists and tight lips amid delirious chants of "bat kid, bat kid." But by the time he reached City Hall to receive a key to the city in front of the biggest crowd of the day, Miles was all smiles and bravado.

Though he didn't address the crowd, he raised his fist twice and wore a grin as he was feted with chocolate, an FBI "raid jacket" and a San Francisco Police Department cap. A clothing company donated $10,000 to Miles' family, and San Francisco Mayor Ed Lee proclaimed Nov. 15 to be "Batkid Day Forever."

U.S. Attorney Melinda Haag unveiled an "indictment" charging the Penguin and Riddler with conspiracy as the crowd that stretched for blocks roared with delight.

Speaking at City Hall, Miles' father, Nick Scott, thanked the crowd, organizers and the city for showing his son a good time.

"Miles has always been a fighter," he said. "He fought cancer and beat cancer."

He was diagnosed with leukemia when he was 18 months old. He ended chemotherapy treatments in June and is now in remission.

"When you have an illness, it's very important to know you have a support system," said Gina Futrell, a 51-year-old with multiple sclerosis, who was among a large crowd gathered at Union Square to see the "Batkid" in action. "I have an extremely strong support system, and I hope he does too. He's such a little hero."

Miles, who lives in Tulelake in far Northern California, didn't know what was in store for him and thought he was in San Francisco just to get a Batman costume so he could dress like his favorite superhero.

Make-A-Wish has fulfilled similar wishes across the country. In Anaheim, a child became Batman's sidekick, Robin; and in Seattle a child was a secret agent, said Jen Wilson, a spokeswoman for the local organization.

The San Francisco Chronicle, KGO-TV and thousands of volunteers participated in the event. At Union Square, the Chronicle distributed hundreds of copies of special-edition newspapers with the headline "Batkid Saves City."