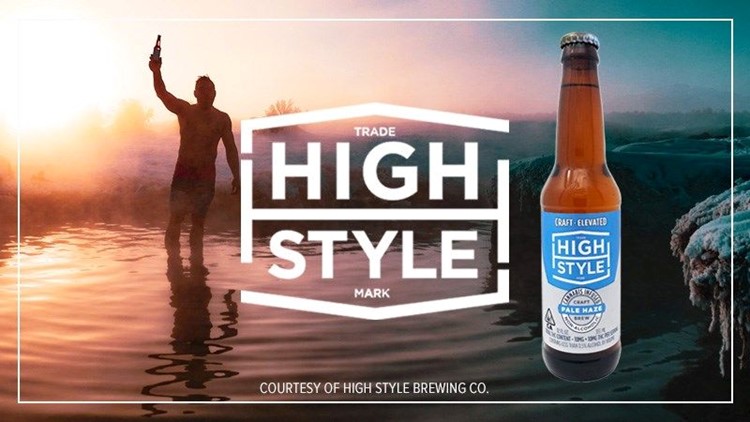 High Style Brewing Co. has developed one of California's first THC-infused, alcohol-free craft "beer,” which they say is only the third product of its kind in the country.

The company introduced their inaugural “beer” called Pale Haze on New Year’s Eve 2018 at March and Ash – a dispensary in Mission Valley - and returned to the location this week for its official launch.

Pale Haze is described as a “flavor-forward” hazy pale ale made with Amarillo and Cascade hops.

Each 12-ounce bottle is infused with 10mg of THC and is a non-alcoholic drink – although it may contain trace amounts of alcohol like all products of its kind. It also only has 50 calories per bottle compared to most American pale ales which can have three to four times that.

The creators are marketing the beverage as an “alcohol alternative” and hope to appeal to “those who desire to live an active, healthy, and hangover-free lifestyle.”

“Born and raised in San Diego during the emergence of the American craft beer scene, the founders of High Style Brewing Co. have always had a love and passion for quality beer," said High Style's VP of Marketing Jared Threw. "Growing up in such an active city, it was not uncommon for us to spend long summer days hiking, surfing, or bbqing with friends. In all these occasions craft beer and cannabis were seen as staple elements, the perfect complements to our lifestyles."

Pale Haze is available at several locations in Southern California so far. Click here to find it.

See below for images from Thursday's launch.

EDITOR'S NOTE: A previous version of this story indicated that High Style's beer is the first of its kind in California. We have since learned of a similar product created in 2017. We regret the error.