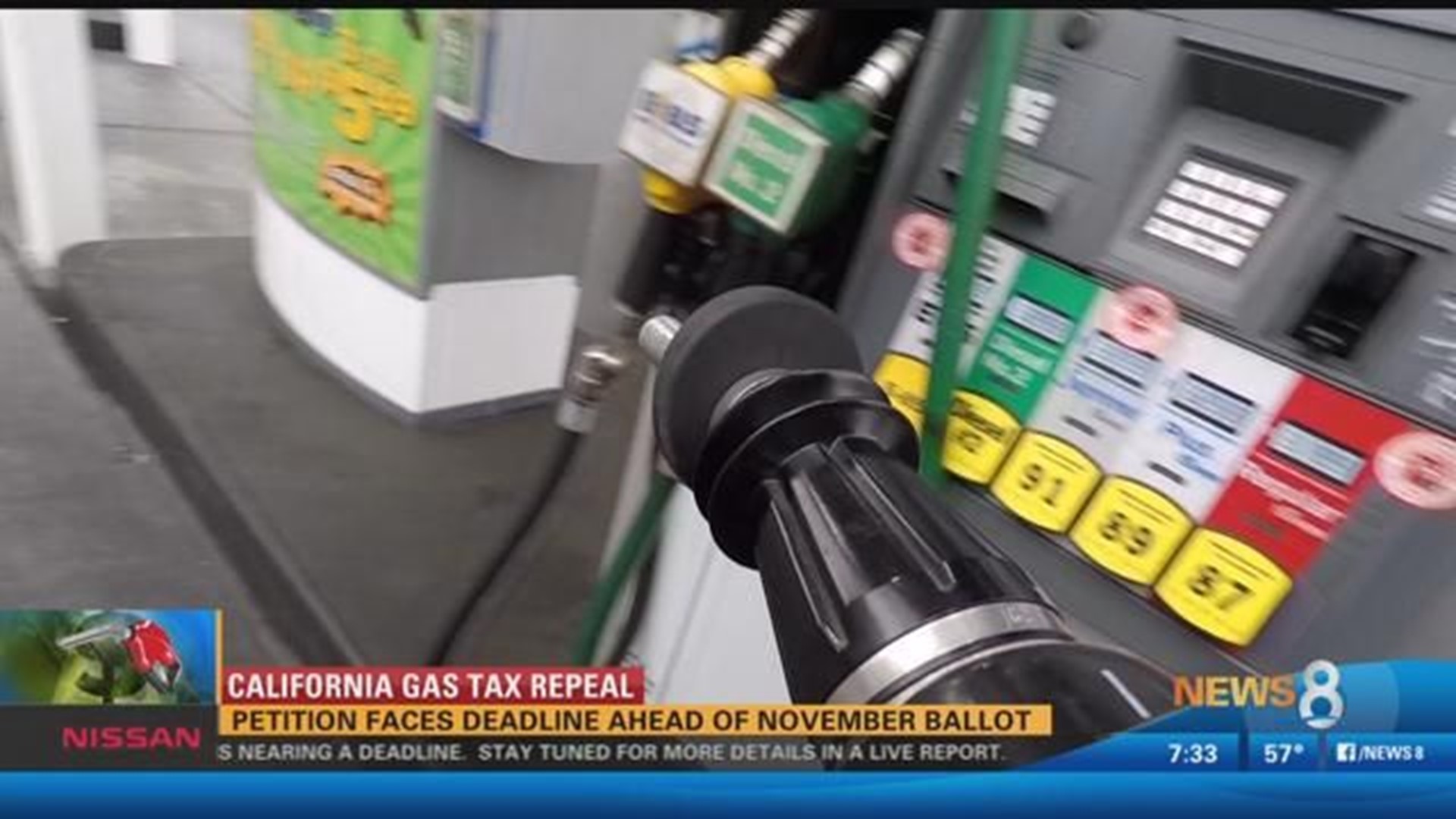 SAN DIEGO (NEWS 8/AP) – An effort to repeal California's gas tax increase may be running out of gas.

Since January, Californians have paid a fee ranging from $25 to $175, depending on the value of their vehicle, when they renew their registration. Zero-emission vehicle owners pay $100 per year starting in 2020 since they don't pay gas taxes.

The taxes are projected to raise about $5 billion a year to be split between state and local governments.

According to proponents of SB 1, some of the funds generated from the increase will be used to repair deteriorating roads across the state including large portions of Interstate 5, I-8, SR-78, SR-125 and I-805.

Some of the money will also be slated to pay for fixing potholes and rebuilding crumbling roads and bridges, in addition to paying for public transportation, biking and walking trails, among other projects.

Former San Diego City Councilman Carl DeMaio is part of the movement to repeal the gas tax and has been collecting signatures for months. He notes that the tax is costing a family of four in San Diego an average of $780 extra a year.

According to DeMaio, the deadline has arrived to submit mail-in petitions to have the issue placed on the November ballot and the signed petition must be postmarked by Monday, April 23, 2018 and then sent to their campaign headquarters in Kearny Mesa in order to get the issue on the ballot this November.

With Monday's deadline passed, the only way to sign the petition against the gas tax is to turn it in in person.

Reform California needed 584,000 signatures to get the measure on the November ballot and local reps said Monday they had already met that goal.

On Wednesday, April 25, DeMaio announced that 900,000 signatures had been collected - with more to be counted.

The average gas price on Monday, April 23 was 3.5 cents more than one week ago, 12.9 cents higher than one month ago and 58.2 cents greater than one year ago.

The highest average price California drivers have paid for a gallon of unleaded was $4.67 in October 2012.