Even though there is rain in the forecast, is it enough to ease California's drought problem? California officials are debating making once temporary water restrictions, permanent. 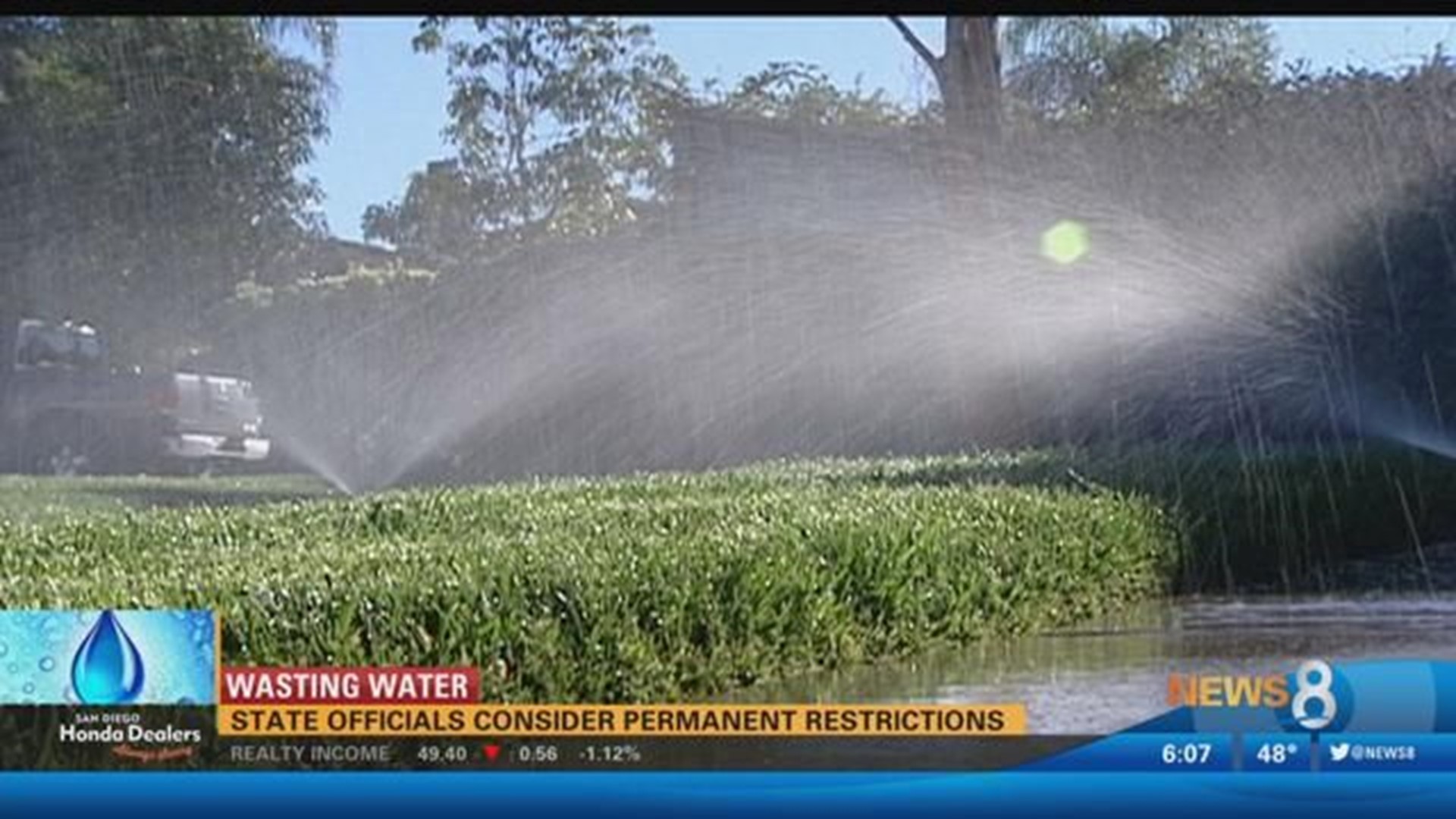 SAN DIEGO (NEWS 8) - Even though there is rain in the forecast, is it enough to ease California's drought problem? California officials are debating making once temporary water restrictions, permanent

Some of the the restrictions include not watering outside for 48-hours after it rains and not using a hose to wash sidewalks.

Offenders could be fined up to $500 per violation.

The State Water Resources Control Board delayed a Tuesday vote on the restrictions so there would be more time for public comment.

This comes a week after U.S. Drought Monitors declared nearly half the state is now back in a drought.

As of now there are a few permanent water use restrictions in San Diego to promote conservation:

Last year’s unprecedented rainfall has left most reservoirs slightly above their average capacity for this time of year, but water officials said the lack of snow this winter prevents reservoirs from replenishing as this season continues.

A vote on the restrictions is now expected by April 17.

San Diego residents are encouraged to report water waste by calling the water waste hotline and leaving a voicemail at (619) 533-5271 (select option 2) with the address and description of the violation; emailing waterwaste@sandiego.Gov; or submitting complaints via the Waste No Water app.  You can submit photos or videos of violations.