California schools to turn over data on 10 million students

The California Department of Education will soon be releasing public-school records on about 10 million students, including their Social Security numbers, to attorneys for a parent group suing the ... 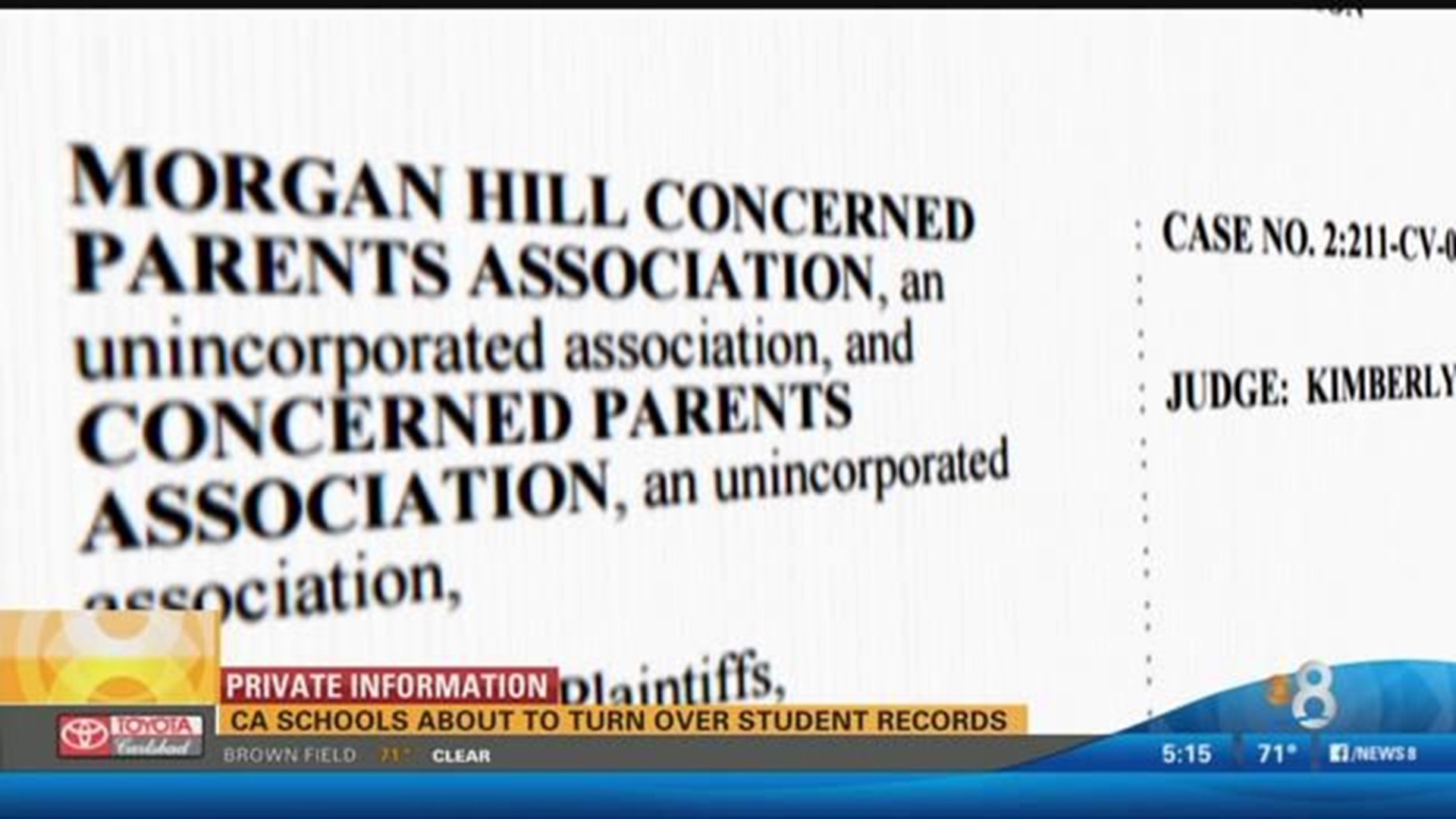 SAN DIEGO (CBS 8) – The California Department of Education will soon be releasing public school records on about 10 million students, including their Social Security numbers, to attorneys for a parent group suing the state.

However, word of the data release has sparked outrage and concern among parents and privacy advocates who fear the information could be jeopardized.

In 2012, attorneys for California Concerned Parents Association filed the lawsuit on behalf of parents in the Morgan Hill Unified School District who claim students with special needs weren’t receiving adequate services. In order for the group to prove its case, they need to review student school data, including data from all 42 school districts in San Diego County.

"Unfortunately, the California Department  of Education is being sued, and the school districts have to inform parents that their information, their kids' information, could be turned over to these nonprofit groups that are suing the state," said Music Watson, San Diego County Office of Education.

According to the San Jose Mercury, a group of less than a dozen people will review the data and must either return or destroy the material afterwards. The data provided to the group will include student’s Social Security Numbers, "addresses, test scores, disciplinary records, health and mental health records and more."

However, the group said in a statement that they weren't seeking the private information of students.

"We would like parents to understand that we had offered to mediate a settlement with the California Department of Education (CDE- Defendants) many times and have offered to receive the information with 'pseudo' names (fake names)," the statement said. "The attorneys for the CDE refused which forced the judge to make this ruling."

The order for the state to release the information came from Judge Kimberly J. Mueller of the U.S. District Court for the Eastern District of California, requiring that the state turn over the data on all students in K-12 schools since January 2008 to the plaintiff's attorneys.

"We did put the notice under public notices on our website and did kind of a Facebook and Twitter update, but when we came back to school Monday, there was still a lot of chatter and a lot of concern out there from our parents and rightfully so," said Christine Paik, Poway Unified School District. "What's concerning is that it includes names, addresses social security numbers medical information, discipline history, so that's a lot of information that parents might not necessarily want out there."

Parents have the option to request by April 1, 2016 for an exemption from the court order to release their child's information.