A community group in Casa De Oro called for a crackdown Monday on illegal pot shops that have been popping up in the community. 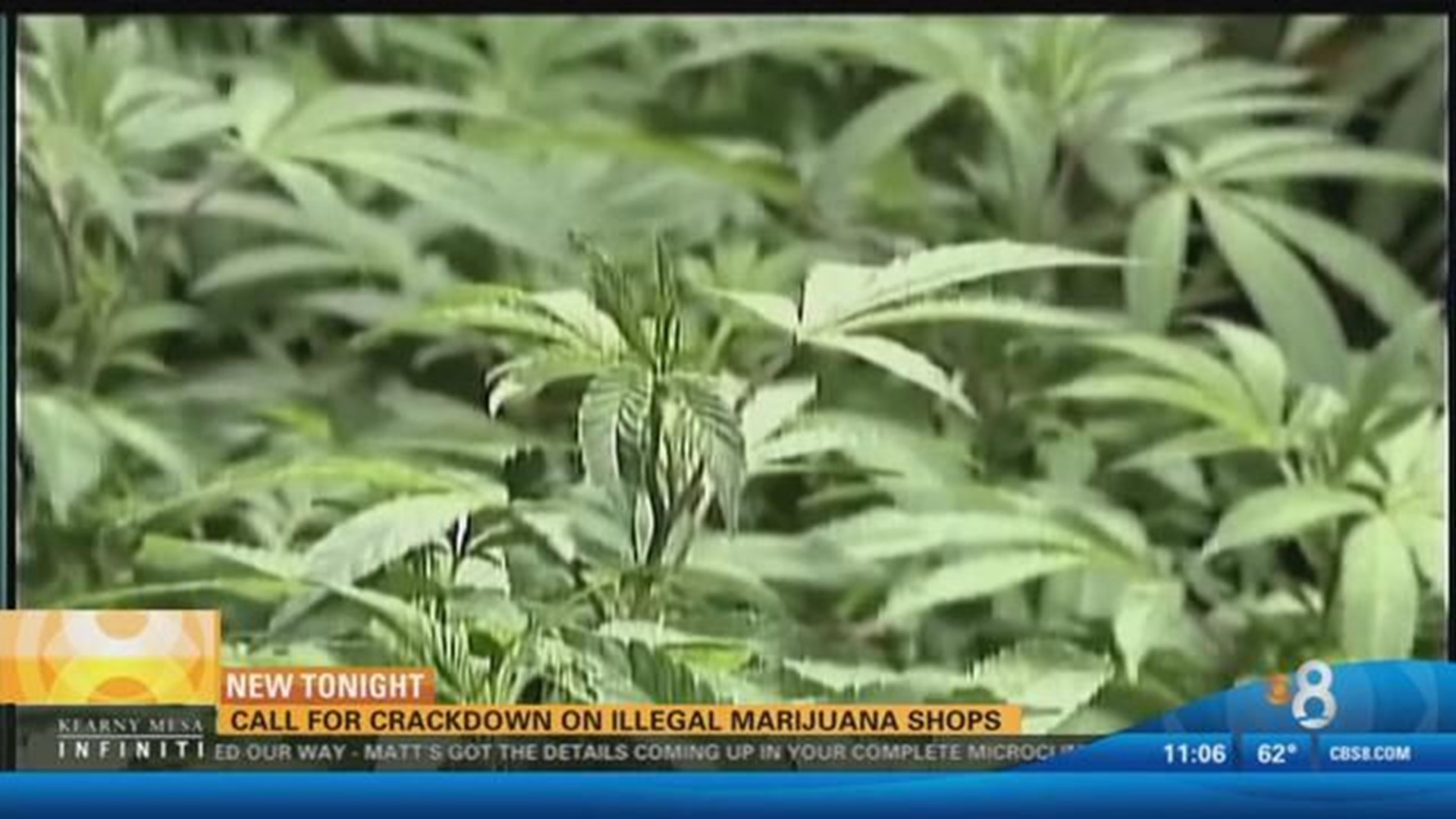 SAN DIEGO (CBS 8) – A community group in Casa de Oro called for a crackdown Monday on illegal pot shops that have been popping up in the community.

The call for a crackdown comes during the same week when the County Board Supervisors are considering a moratorium on issuing licenses to shops.

Residents said illegal shops are on either side of Campo Road in Casa De Oro. One of the shops used to be a tire shop.

The man who identified himself as the landlord said he rents the storefront with tinted windows at 9925 Camp Road advertising a tattoo and vape. The San Diego County Sheriff’s Department has identified that storefront as an illegal medical pot shop.

“Why don’t they go to the one [shop] across the street, or that one, or this one? Why do you have to be on my property,” said the landlord as he made an explicit hand gesture to CBS News 8.

The newly formed grassroots group Casa de Oro Community Alliance has become concerned and is working with the sheriff’s department to identify four illegal dispensaries on or near Campo Road. Those four dispensaries are listed on the WeedMaps website.

Most of the dispensaries had a sign to ring the doorbell, only by appointment, or a security guard at the door.

“It’s alarming to know that if I want to set one up across the street, all I need to do is to pay the rent. I don’t need approvals,” said Bob Yarris, Casa de Oro Alliance Chairman.

The alliance believes any dispensary in Casa de Oro would be too close to a school. Last month, the county shut one down in Lakeside.

“It’s very concerning to me that those dispensaries are right on the beaten path where young people are walking,” said Lisa Stewart, Casa de Oro Community Alliance member.

The alliance understands medical marijuana has its purpose, but it said an illegal shop is not a safe access and a permit is needed, just like any other business.

“We need to step up to keep that element out of our community,” said Pastor Rolland Slade, Casa de Oro Community Alliance member.

In order to shut down medical marijuana shops, deputies need a cease and desist letter and proof of zoning violations.

Deputies and Supervisor Diane Jacob said they are working with the community. The City of San Diego has been cracking down on shops, even fining one shop $1.8 million.

Under the county’s medical ordinance, 23 shops could be licensed, but there has been a public outcry to try and stop it.

On Wednesday, the County Board Supervisors will consider issuing a moratorium on issuing licenses and possibly banning them again.