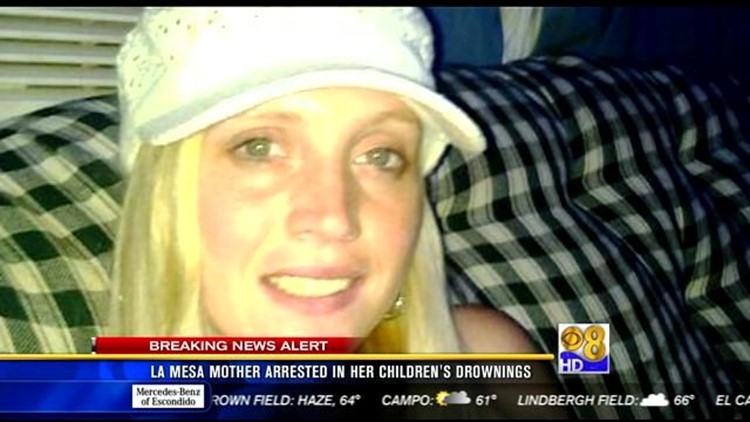 Call for justice after mother arrested for toddlers' drowning deaths

Call for justice after mother arrested for toddlers' drowning deaths

EL CAJON (CNS/CBS 8) - A woman whose two toddlers drowned at a friend's East County home while she slept last spring was arrested Thursday on suspicion of felony child abuse and drug violations.

Tassie Behrens, 26, was taken into custody without incident at a motel on Main Street in El Cajon late Thursday morning in connection with the deaths of her one-year-old daughter, Harley Bradford, and 2-year-old son, Jason Bradford, according to sheriff's officials.

"There is no justice for these children at all: the children are gone now," said an acquaintance of Tassie Behrens named Diana, whose son had dated Behrens. "And it's very sad, because they had a horrible life... and they had a gruesome death."

Diana, who asked News 8 to conceal her identity, also said she had tried repeatedly - and in vain - to convince Behrens to seek help for her chronic drug addiction problems.

"She had the information and the resources," Diana added. "This didn't have to happen."

About 9:45 a.m. on May 13, Behrens awoke at a home where she was staying in the 10000 block of Sunset Avenue in La Mesa and found her children floating unconscious in a backyard pool, Lt. Glenn Giannantonio said.

Behrens pulled them out, and she and friend who lived at the house drove them to a nearby fire station. There, medics tried to revive the toddlers before taking them Sharp Grossmont Hospital, where Harley was pronounced dead shortly after arrival. Her brother was transferred to Rady Children's Hospital, where he died late that night.

The mother first told investigators the drownings had occurred at a mobile-home park on Jamacha Boulevard in Spring Valley, but later admitted that they happened at the La Mesa home. She apparently fabricated the initial story in an attempt to keep her friend from getting into trouble for not having a fence around the pool, Giannantonio said.

During a search of the house, where Behrens and her children had been staying for several days, deputies came across a marijuana-cultivation setup in a basement area and called in Narcotics Task Force personnel to investigate, he said.

That evening, the drug agents arrested a resident of the home, Larry Dangelo, 44. He was booked on suspicion of child abuse, cultivation and possession of marijuana for sale, and other charges.

Behrens was booked into Las Colinas women's jail in Santee Thursday afternoon on similar criminal counts. She was being held without bail pending arraignment, scheduled for Monday afternoon.

"I think it's very important that she is being held accountable for the choices and actions that she has done that resulted in the death of her children," Diana told News 8. "I just hope it's a wake-up call for the people out there, parents out there who are choosing a lifestyle that is just irresponsible and damaging to these children."

The children's father, Jason Bradford, is serving a 60-month federal prison sentence in Phoenix for conspiracy to traffic in methamphetamine.