The San Diego Humane Society on Thursday deployed its emergency response team to Butte County to assist in animal rescues as the Camp Fire continues to devastate Northern California. 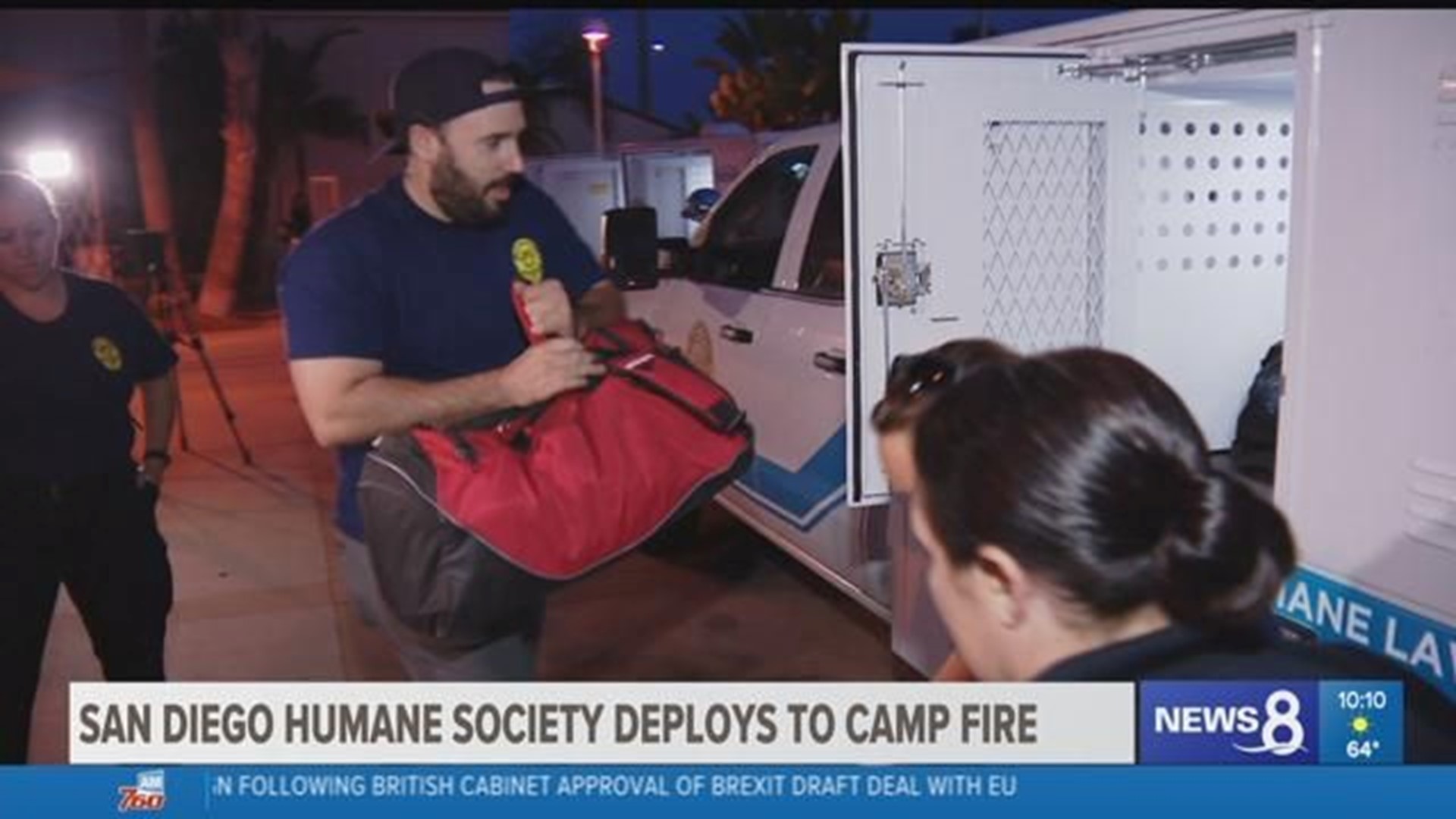 The emergency response team, made up of six Humane Law Enforcement Officers, will be on the front lines helping animals impacted by the Camp Fire in Butte County. Many of the rescued pets have been left traumatized.

“They have been subjected to heavy smoke, flames, sirens, a lot of noise and a lot of chaos,” said Captain Danee Cook.

The team, which has FEMA training, will also help provide relief to teams already on the ground rescuing large and small animals. “[We will] provide much needed relief for the responders that have been going flat out for days and have not stopped. They have specifically said there is a need to rescue horses and we can bring that expertise,” said Captain Cook.

The team hopes to be able to save as many animals as possible. They also hope to reunite as many pets as they can with their owners.

“A lot of times we go in and evacuate pets that people are no longer allowed to go back into those areas that have been evacuated. We go in with permission of owners in homes, tag pets to make sure they are safe,” said Regina Price, with the emergency response team.

The team is scheduled to return next Wednesday, but will extend their stay if they are needed.