A man was fatally injured when a car struck a tree and burst into flames early Friday near Balboa Park, authorities said. 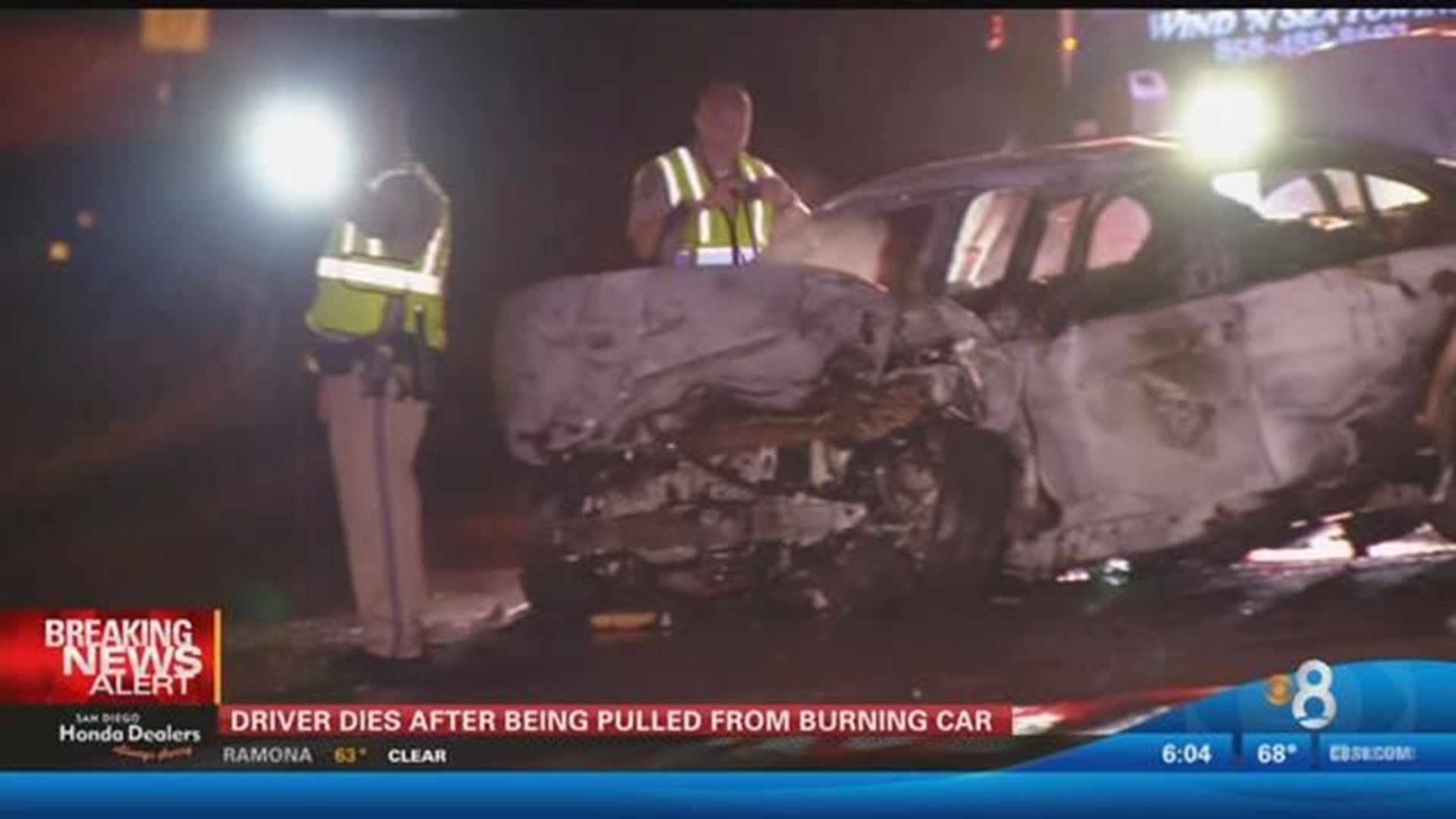 The victim's white BMW sedan crashed along the northbound highway near the Laurel Street bridge overcrossing shortly after 3 a.m., according to the California Highway Patrol and the county Medical Examiner's Office. It went up an embankment, struck the bridge pillar and caught fire.

Passers-by pulled the unresponsive and severely injured man from the wreckage, and he was transported to a Scripps Mercy Hospital, where he succumbed to his injuries less than an hour after the crash, authorities said.

One of four Good Samaritans who pulled the Marine from the crash said it's difficult because she desperately wishes the driver was still alive. Teri Chavez says she did everything she could to try and save a man's life. She was driving on northbound SR-163 when she saw smoke coming from a BMW.

"I was trying get the door open and it was too smashed,” said Chavez.

Chavez said she worked as a team with an Uber driver and two other Good Samaritans to pull the man from the car.

"We used my car as a shield, I said let's us my car as a shield and it won't hurt him or us,” explained Chavez, who told CBS News 8 that she used to be a nurse. "We counted to 10, me and another girl did and did chest compressions. There was blood in his mouth."

CHP officers reported that the victim was a Marine at Camp Pendleton and is suspected of drunk driving.

"Based on the circumstances of the collision and not negotiating the curve is common with impaired drivers,” said Sgt. Adrian Horta with the California Highway Patrol.

Officers said the driver lost control on a curve before smashing into the freeway exit sign on a hill, a tree and concrete pillar at the bottom of the Cabrillo Bridge.

The Marine's identity has not been released. CHP officers said he suffered severe injuries from the sheer impact of the crash, but was pulled out of his car before being burned.

The access roads from downtown San Diego to northbound State Route 163 were temporarily closed following the crash, as was the connector from Interstate 5, Caltrans reported.