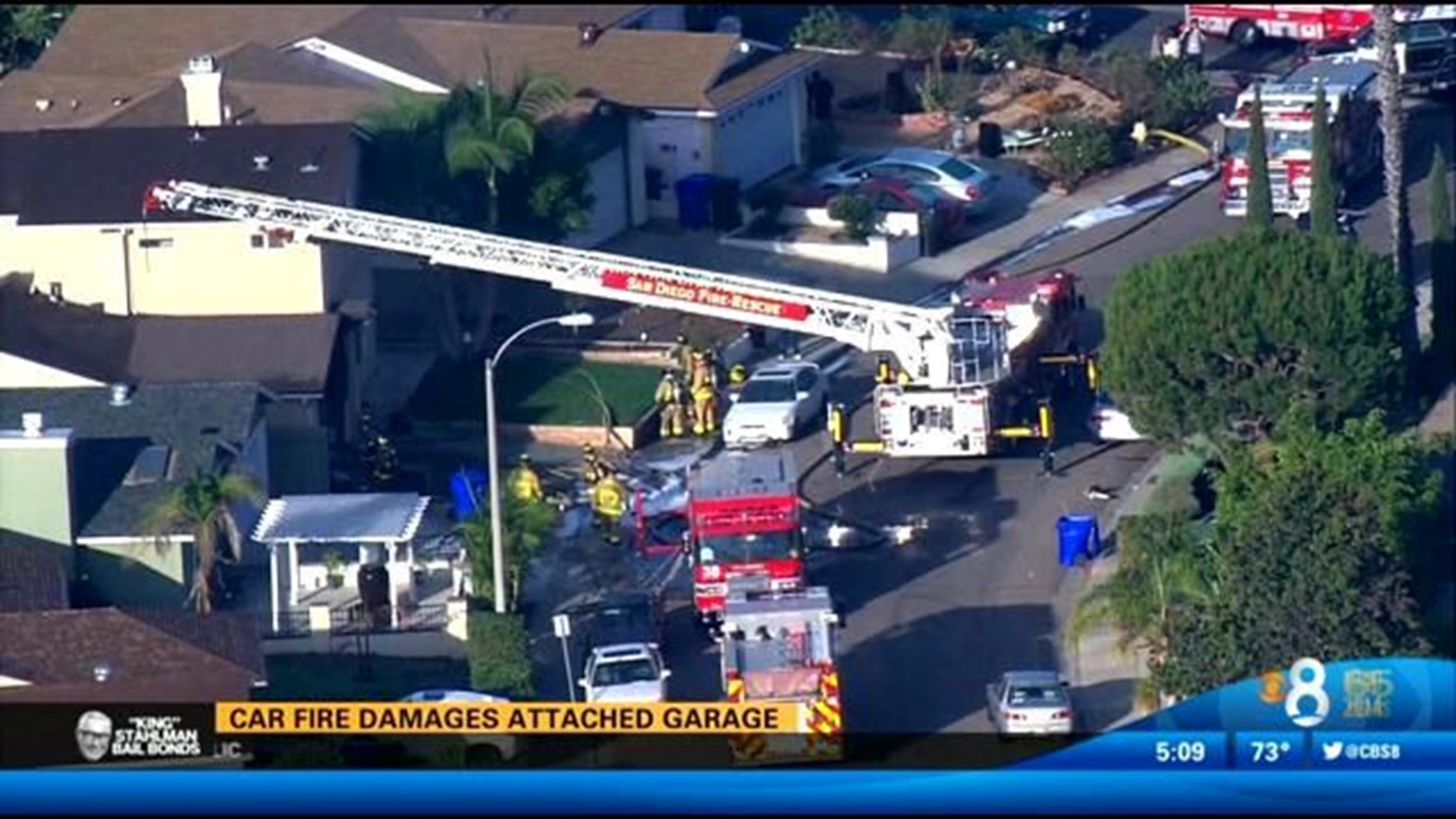 SAN DIEGO (CNS/CBS 8) - A car fire spread to an attached garage at a Mira Mesa home Thursday, causing about $200,000 in damage.


The fire in the
8600 block of Frobisher St.
was reported at 8:05 a.m., according to a San Diego fire-rescue dispatcher. Residents told investigators they parked their 1988 BMW sedan for about 10 minutes before they noticed smoke and flames.


It took firefighters about 20 minutes to put out the fire. The blaze was kept from spreading to the rest of the house.


There were no immediate reports of injury, she said.


The cause was under investigation.