SAN DIEGO (CNS) - A motorist in Hillcrest crashed her car tonight into a bus bench on which sat three people, killing one and injuring the two others, police said. 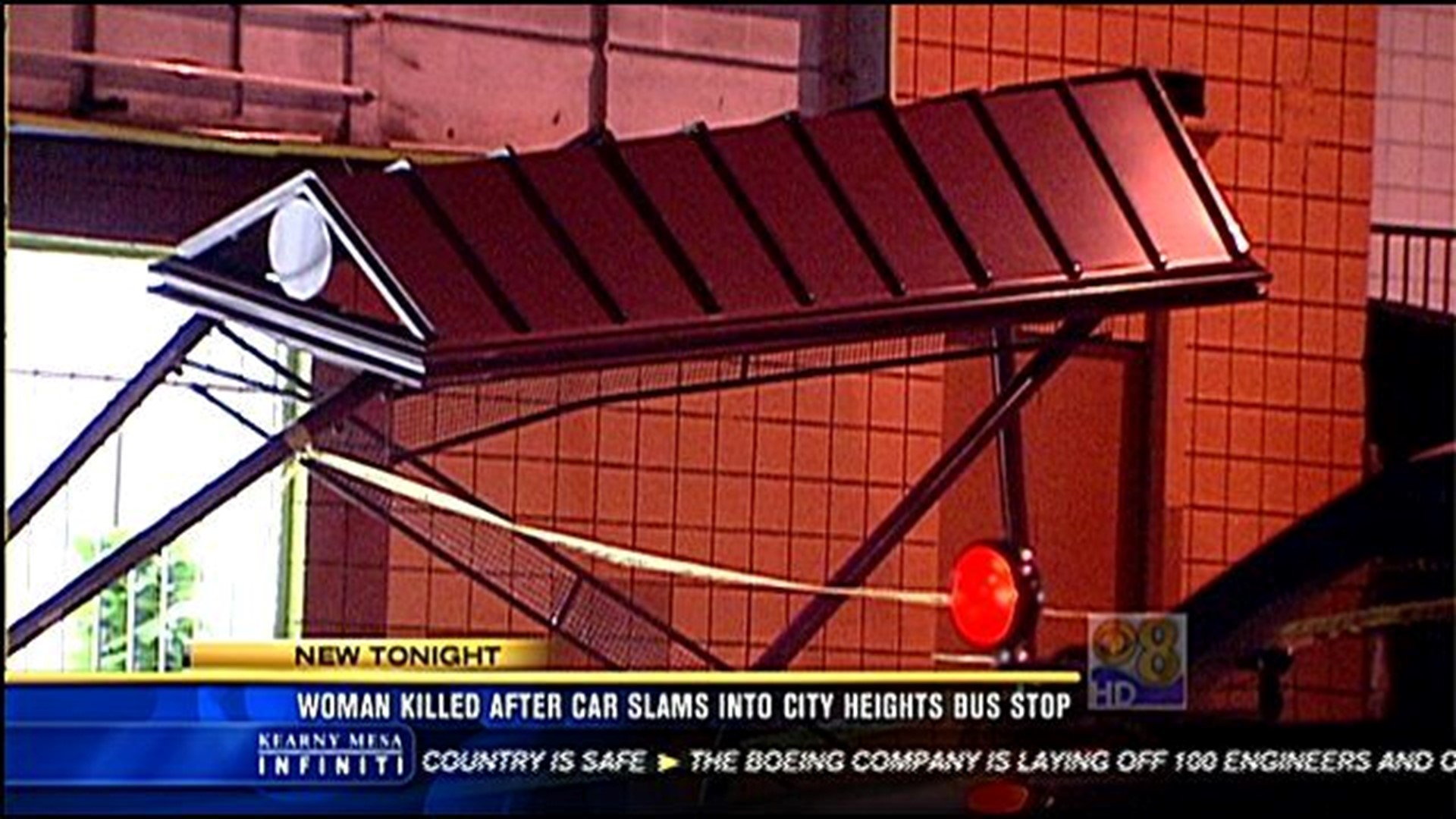 Police say Shane was sitting in a bus stop in City Heights Saturday night with her 4-year-old son, Eli, and her boyfriend David, when a car plowed into them.

Shane died from her injuries at Mercy Hospital. Her son Eli remains at Rady Children's Hospital with multiple injuries, including a broken arm. Shane's boyfriend also remains hospitalized and being treated for internal injuries and fractures to his feet and legs.

Friends describe Shane as an amazing mother and friend, and say no words can express their tragic loss. Friends and family have set up a memorial at the crash site.

Police say the 71-year-old driver, Jean Chizer-Williams of San Diego, has not been cited for the accident. She is diabetic and reportedly had low-blood sugar when the accident occurred, a police authority said.

They say the investigation is ongoing.

This is a story update. A previous story is below.

SAN DIEGO (CNS) - A motorist in Hillcrest crashed her car Saturday night into a bus bench on which sat three people, killing one and injuring the two others, police said.

The woman was driving a PT Cruiser eastbound on University Avenue when she barreled onto the sidewalk, striking a 28-year-old man, a 25-year-old woman and a 10-year-old boy sitting on a bus bench, Stafford said.

The two adults were taken to Mercy Hospital, where the woman died, he said. The man suffered a fractured femur, fractures to his feet and internal injuries, Stafford said.

The boy was taken to Rady Children's Hospital San Diego with a broken arm and lacerations to the head and back, he said.

The 70-year-old woman driving the car suffered minor injuries and was also taken to Mercy Hospital. Alcohol was not a factor in the crash, which is under investigation, Stafford said.