A person has been killed in a crash involving a car and a semi truck on northbound Interstate 805 approaching H Street in Chula Vista, the California Highway Patrol says. The slow lane is being shu... 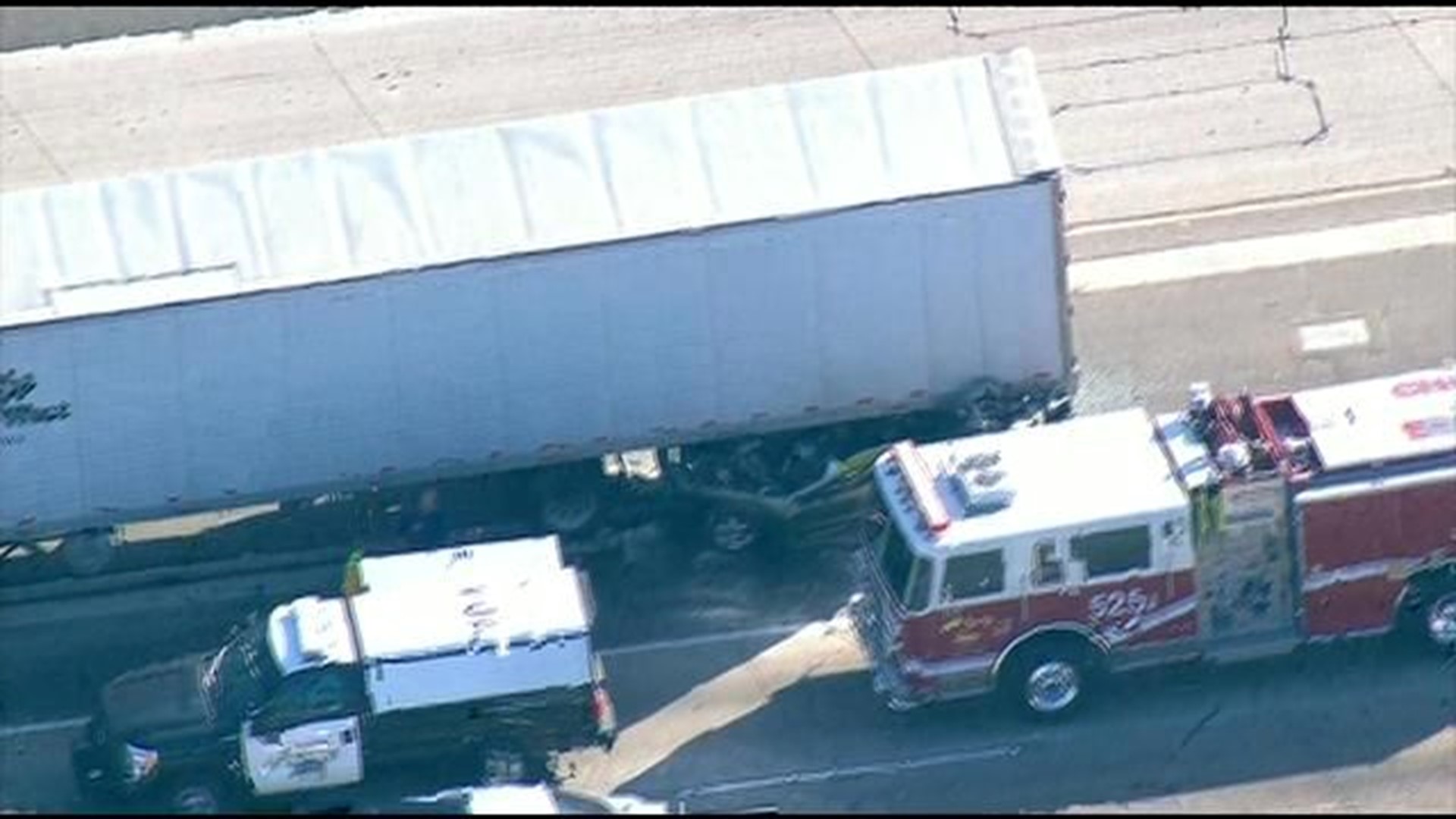 CHULA VISTA (CNS) - A motorist was killed Monday when his car veered off a South Bay freeway and plowed into a parked big rig.

The man lost control of the 2000 Infiniti Q30 for unknown reasons on northbound Interstate 805 in Chula Vista shortly before 8 a.m., according to the California Highway Patrol.

The car hit the back of the commercial vehicle just south of H Street, becoming wedged under its trailer and breaking its real axle.

The motorist died at the scene. His identity had not been confirmed as of Monday afternoon, CHP public-affairs Officer Sanchez said.

The wreck caused heavy congestion in the area for several hours.