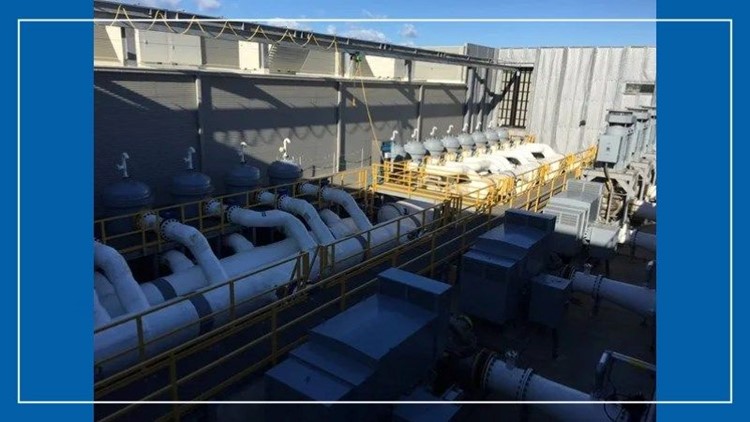 The celebration also correlated with the third anniversary of the plant opening. The Carlsbad plant produces more than 50 million gallons of desalinated water each day and is the largest and most technologically advanced desalination plant in the U.S., according to the county.

"It's incredible what we've accomplished in three years," said Water Authority Deputy General Manager Sandra Kerl. "Since coming online in 2015, the Carlsbad Desalination Plant has met nearly 10 percent of the region's water demand, and it will be a core water resource for decades to come."

Poseidon Water, the plant's owner, and the Water Authority signed a 30- year agreement in 2012 to produce 56,000 acre-feet of water each year, which equates to more than 18 billion gallons. The plant is part of the county's efforts to diversify its water supply portfolio to make the effects of drought less severe.

"To think that three short years ago, we were here for the opening of plant operations, and today we are celebrating 40 billion gallons of water delivered, is truly inspiring," said Carlsbad Mayor Matt Hall, who also sits on the Water Authority's Board of Directors. "Poseidon Water has been a remarkable partner not only by enhancing our region's water supply reliability but also improving our regional quality of life by protecting and preserving our coastal environment."