The family of a surfer from Carlsbad who went missing in Mexico is holding out hope that he will be found safe. 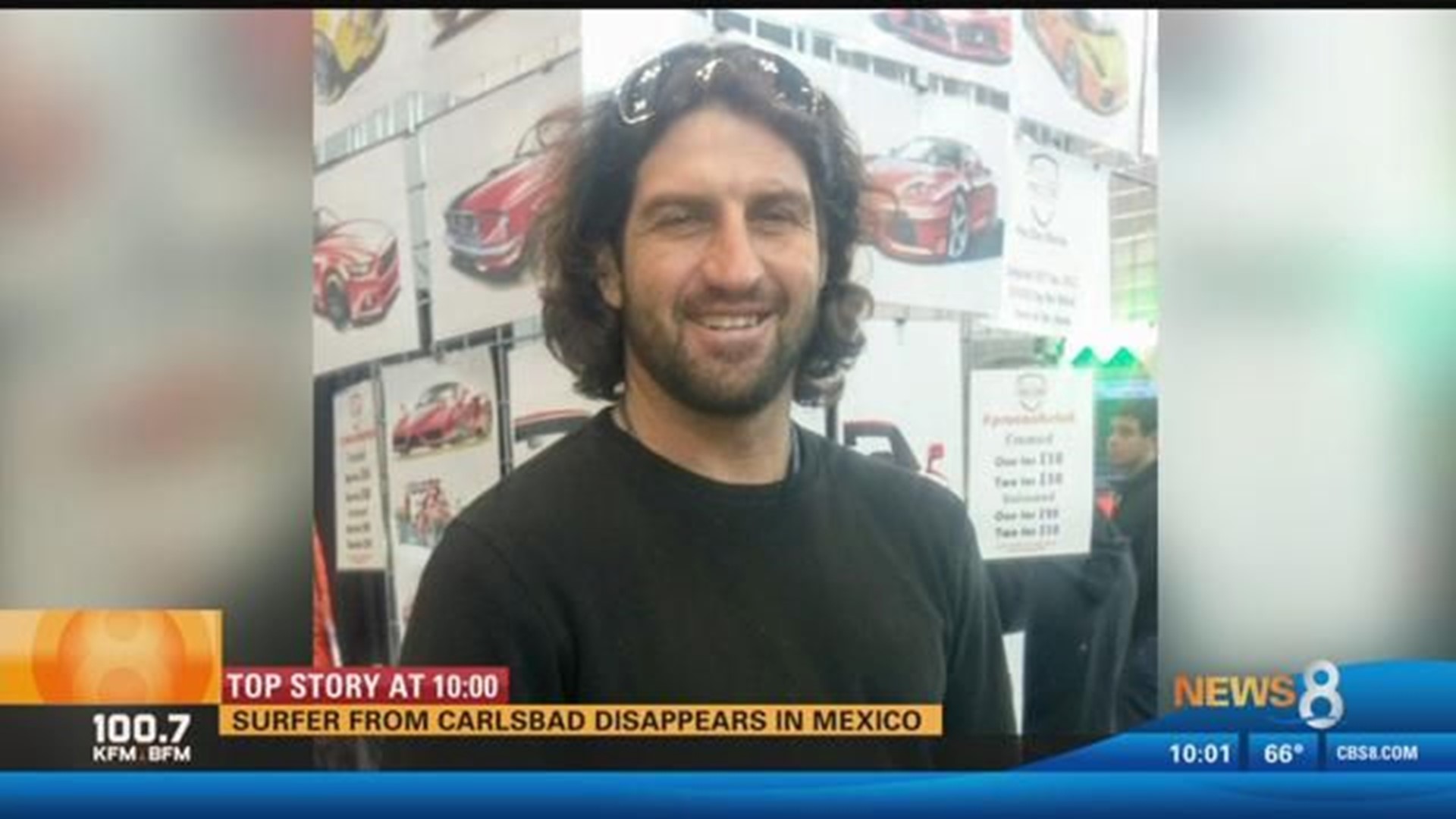 SAN DIEGO (NEWS 8) – The family of a surfer from Carlsbad who went missing in Mexico is holding out hope that he will be found safe.

It has been over two full weeks since anyone has heard from 39-year-old Carlsbad native, Adam Francis D’Esposito.

According to his sister, Briana D’Espositio, the well-liked nomadic surfer, who had friends spanning the globe, was last spotted south of the border in the town of Baja Malibu. It’s a spot Adam had been frequenting since he was a teenager.

On September 8th, the owner of a surf shop was one of the last known person to see and talk with Adam.

“It’s difficult to have that much hope. It is a long time for someone to go missing. He [surf shop owner] said he [Adam] was in a bad state - scared,” said Briana.

It is believed Adam had driven a silver 2001 Volvo station wagon into Mexico; however, he was later spotted shirtless and barefoot running alongside a highway. A passing driver captured video of the incident. Adam’s sister, Briana, confirmed the man in the video to be her brother.

Briana told News 8 Adam has also battled mental illness, which could have played a role in his disappearance. “This year in February, he was diagnosed as bipolar,” she said.

She added that Adam has never been out of touch for this length of time. “We are here for him. He is really loved.”

Anyone with possible information on the whereabouts of Adam Francis D'Esposito is asked to call the numbers in the photograph below.