Through all the devastation, one San Diego woman is making a huge difference by saving lives. Dana Serratore has been risking her own life to save animals from the inferno in and around Malibu. 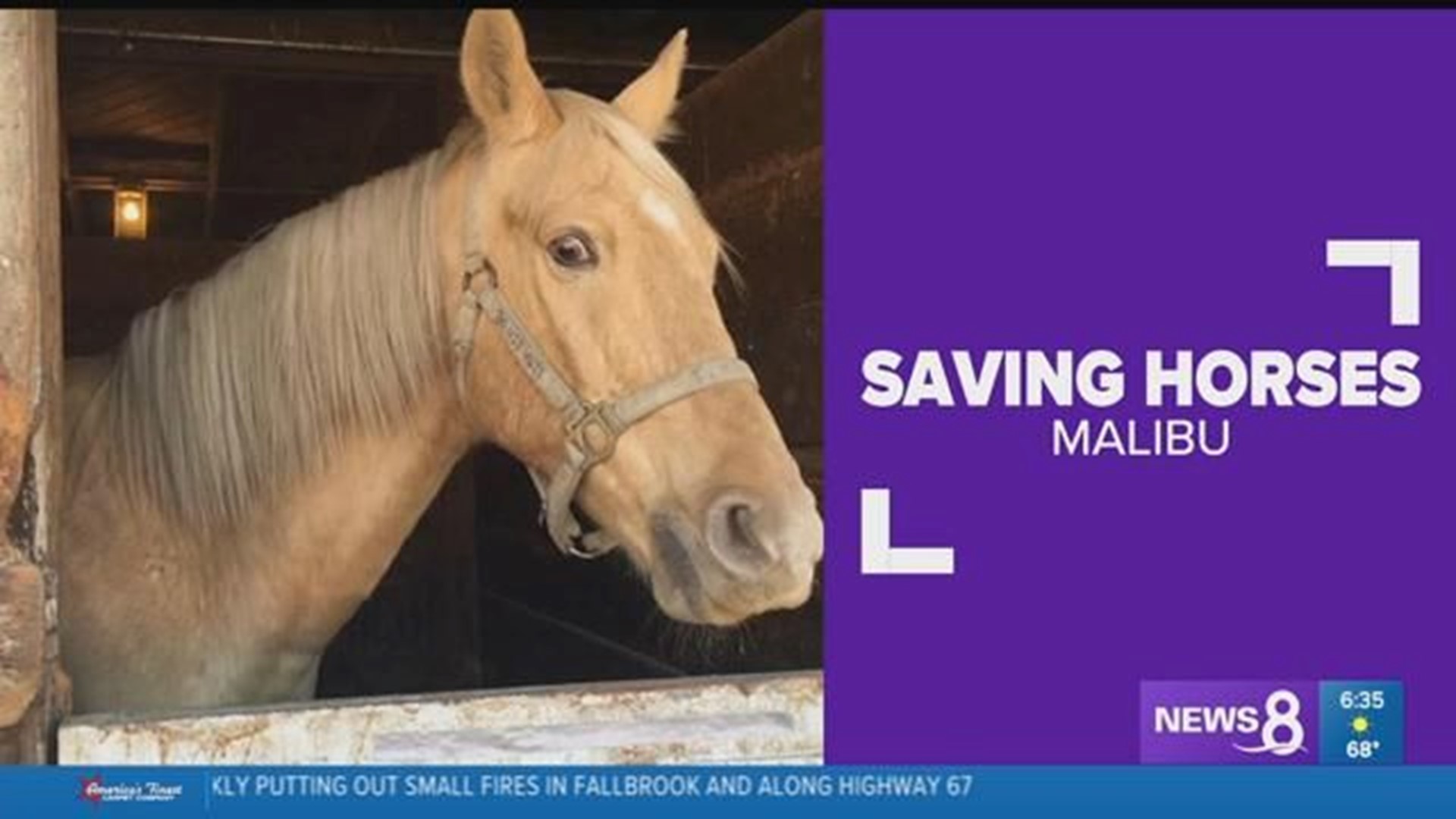 SAN DIEGO (NEWS 8) – Fire crews appeared to make major progress Tuesday on the deadly Woolsey Fire in Los Angeles and Ventura counties, with a series of evacuation orders lifted, but a large flare-up near Westlake Village served as a reminder that the battle was far from over.

As of midday Tuesday, the overall fire -- which began last Thursday -- was estimated at 96,314 acres. Fire officials said the fire is larger than the city of Denver and is one of the largest fires on record for Los Angeles County, with records dating back more than 100 years.

The blaze was 35 percent contained, with full containment expected by Sunday.

Through all the devastation, one San Diego woman is making a huge difference by saving lives. Dana Serratore has been risking her own life to save animals from the inferno in and around Malibu.

Serratore is a certified animal rescuer – giving her access to areas where residents were forced to evacuate. While many pets have not survived the Woolsey Fire, Serratore has managed to rescue 32 animals – many of them horses.

“We were in tears. We see animals on fire. We see dead animals. We see really devastating things, but it’s worth it when we pull out these other animals,” she said.

Serratore has been working long days – living out of her truck. She is exhausted and losing her voice, but she is determined to continue rescuing as many animals as she can. All of it as a volunteer – paying for her own gas.

While Serratore has been rescuing animals from the blaze alone, she’s been sharing her journey on her Facebook page – where the support has been overwhelming. “A couple of days ago, I had a rough day. At the end of the day, I laid out and looked at my Facebook page to see all the kind words – nice comments. It just put a smile on my face. Keeps me going.”

Two people who died in the fire were found Friday inside a burned vehicle in a long driveway in the 33000 block of Mulholland Highway.

Three firefighters have been injured battling the Woolsey Fire.

After Dana Serratore's story first aired on Tuesday, News 8 viewers came together to help her out. On Wednesday, Dana had a special message she wanted to share with San Diego.