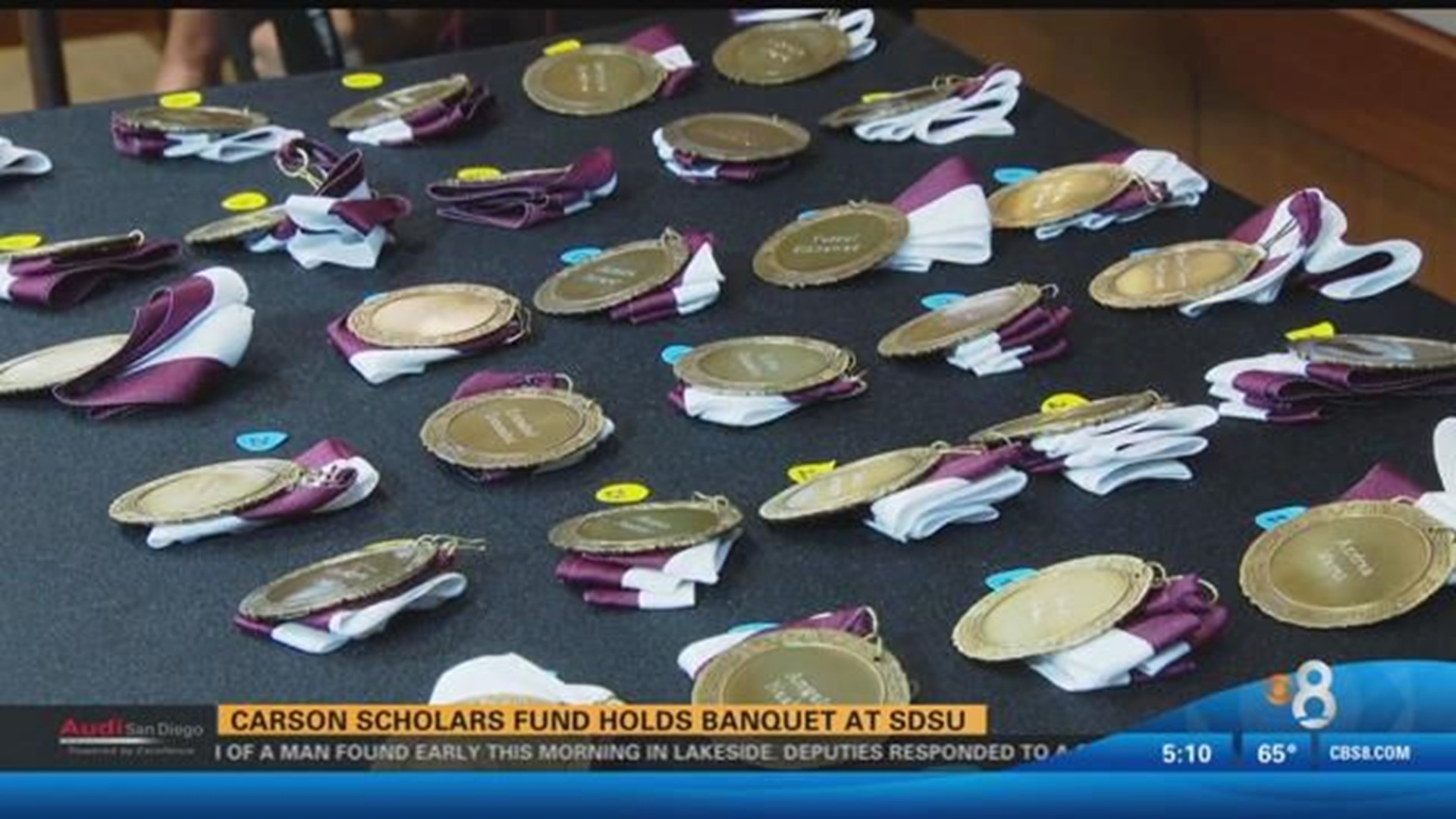 An awards ceremony was held at San Diego State University on Sunday for Carson Scholars on the West Coast. The scholarship fund was founded 20 years ago by Doctor Ben Carson and his wife Candy and since then, the organization has awarded more than 7,300 scholarships across the country.

Every year, the program awards students who have a proven track record of academic excellence and community service with $1,000 college scholarships.