A 17-year-old cat at Another Chance Animal Rescue in Sanford has a unique history. Lady Jane went missing from her York home 10-years-ago, but her owner won't get the chance to celebrate her being found. 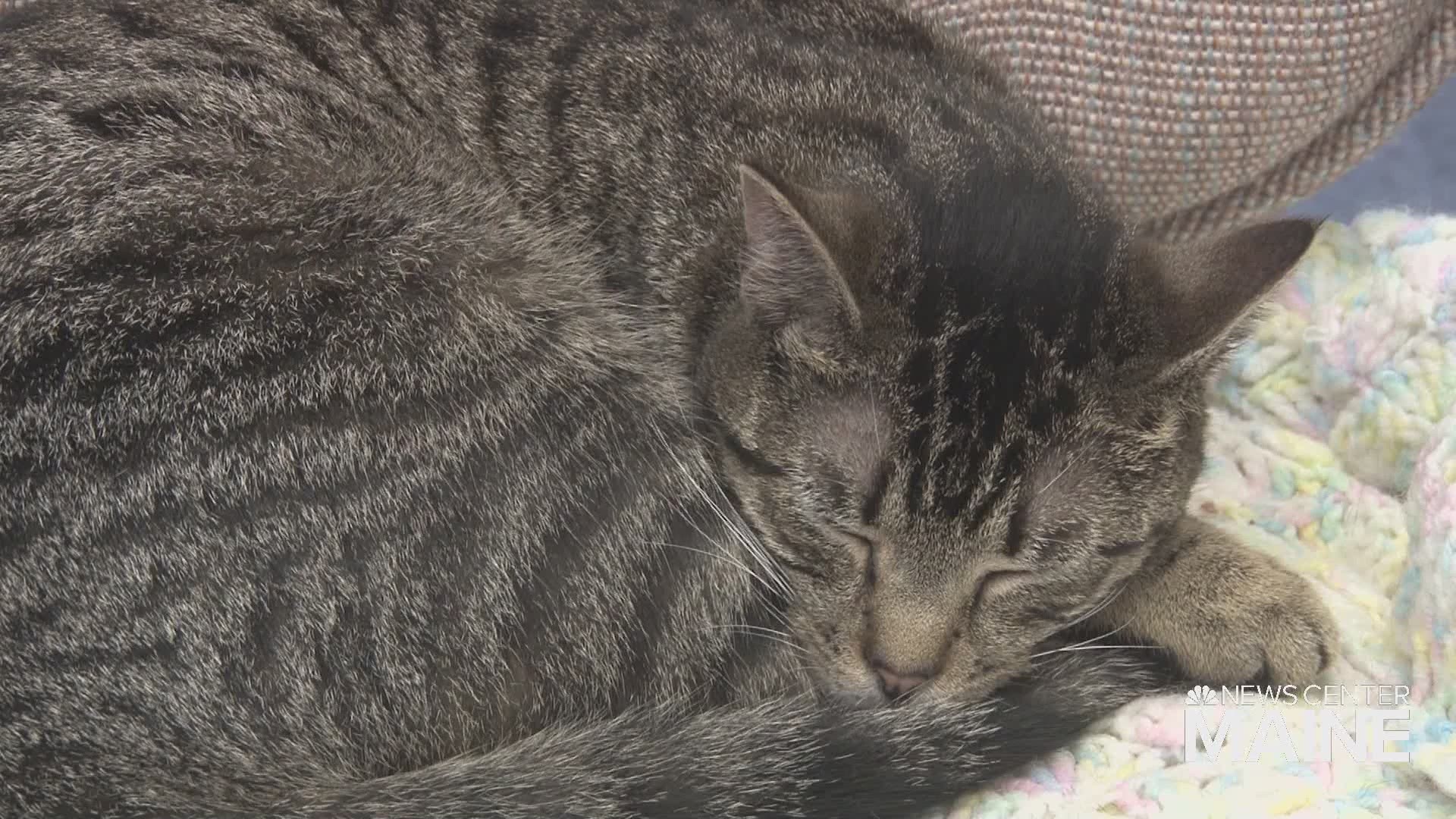 SANFORD, Maine (NEWS CENTER Maine) -- A gray and white cat at Another Chance Animal Rescue in Sanford has become the rescue's mascot for ID microchips.

Lady Jane came to Another Chance Animal Rescue this year in very poor health. She couldn't eat on her own and needed a feeding tube to get nutrients. A trip to the vet was necessary for the malnourished Lady Jane. That's where volunteers found a way to track down her owner.

"Check for a chip and they found a chip," said volunteer Marry Field. "From there we had the name, it was updated in 2006. It was the last recorded and that's when we found out how old she was."

The cat they thought was around three, or four years old, is actually 17-years-old. The chip revealed that her owners name is Deborah Thomas of York. Volunteer, Amanda Bristol, made it her mission to track Thomas down and let her know that the rescue had found her cat. A task that proved more difficult than she ever imagined.

"Managed to get a hold of relatives because I couldn't get her to answer the phone, which now I know why," said Bristol.

Bristol discovered that Thomas passed away just over a year ago. She was able to contact Thomas' son, Dave Thomas. He was shocked to get the phone call that his mom's cat, Lady Jane, was still alive because she went missing from her York home ten years ago.

"I was absolutely amazed and immediately began going through trying to find parallels and deeper meanings," said Thomas.

Thomas has someone in his family with a cat allergy, so he's unable to take Lady Jane home with him. Due to the cat's age and poor health, Another Chance Animal Rescue says she isn't ready to be adopted out just yet and that her new home will have to be the perfect fit. Both her current care takers and late owner's family want the same thing for Lady Jane.

"Have a beautiful loving home that is suitable to her station in life," said Thomas.