A heated confrontation between a driver and a photographer along a road in the East County is caught on camera. The photographer said the man started yelling at him and then proceeded to drive his ... 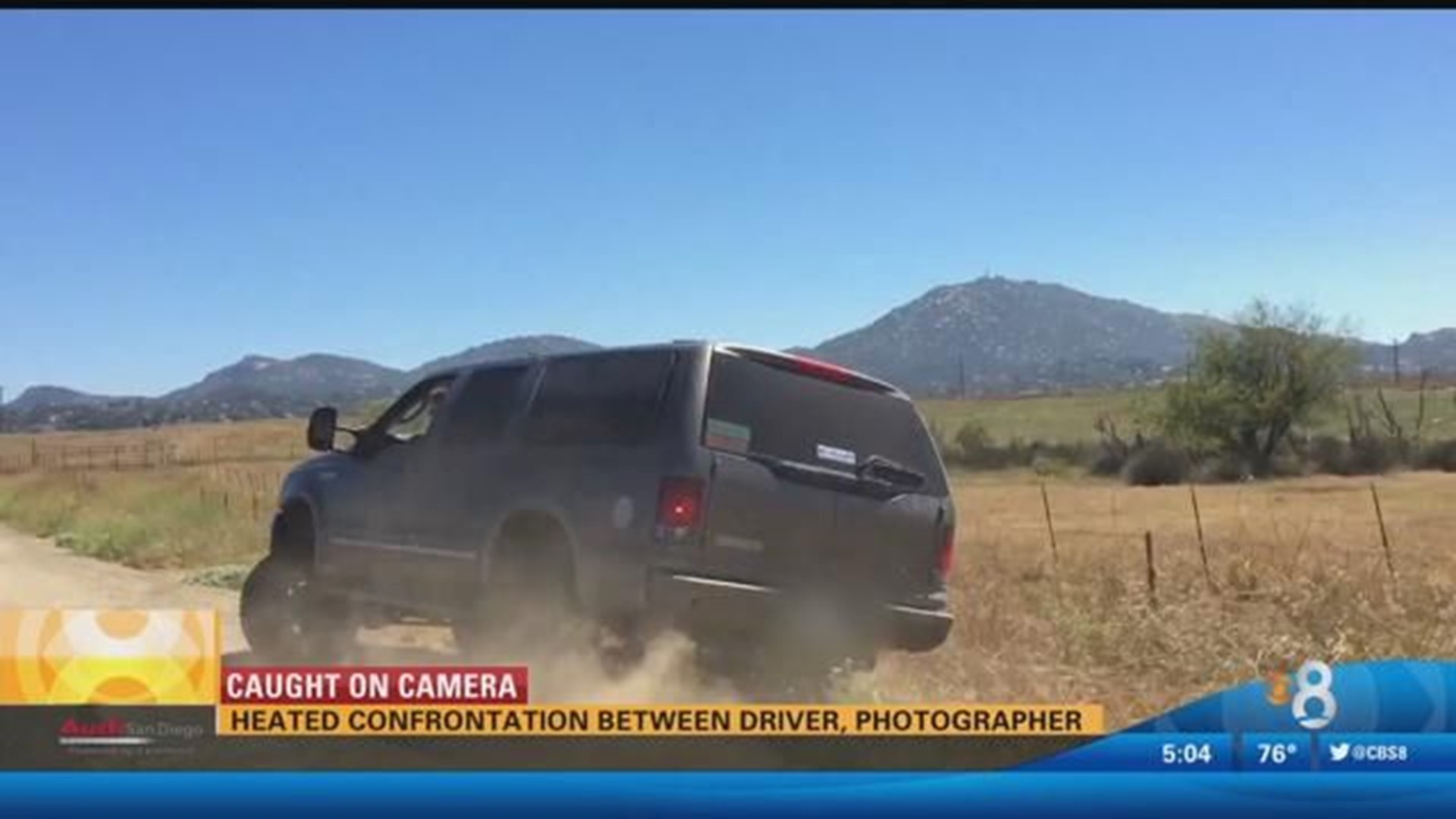 The above video contains graphic content that may not be suitable for some audiences.

SAN DIEGO (CBS 8) - A heated confrontation between a driver and a photographer along a road in the East County is caught on camera.

Deputies said Mark Wayne Gordon, 52, repeatedly drove toward a photographer who was on a shoot on Saturday, July 9.

The confrontation was recorded Saturday afternoon near the Ramona airport. The photographer said he was taking pictures of a car for a part manufacturer when a man drove up and started yelling obscenities.

The cell phone video shows Gordon getting out of his SUV and physically confronting the photographer, Alex Stone, and his assistant.

Stone said he set up for a shoot Saturday afternoon on a dead-end section of Rangeland Road. He was contracted to photograph parts on an Audi and wanted to use the remote landscape.

Forty-five minutes later a driver pulled up. The man repeatedly claimed Stone and his equipment were blocking a driveway, but there isn't one on that stretch of road. The driver then appears to leave, but the turned around for a third time. Then gets out and physically confronts one of stone's assistants. Stone says the man then came at him.

The video ends with Stone's phone flying through the air. He said the driver hit it away from his hand, cracking the screen.

Sheriff's deputies reported that Gordon was arrested Sunday and subsequently booked into jail on suspicion of assault with a deadly weapon, battery and vandalism  in connection with the attack Saturday.

Meanwhile Stone tells CBS News 8 that he just wants the man to pay $200 for the damage to his phone.