CBS News 8 looks at the humanitarian crisis in Tijuana

Rows of camping tents line up the backyard of an overcrowded Tijuana shelter offering a glimpse into the humanitarian crisis that has reached the San Diego border. 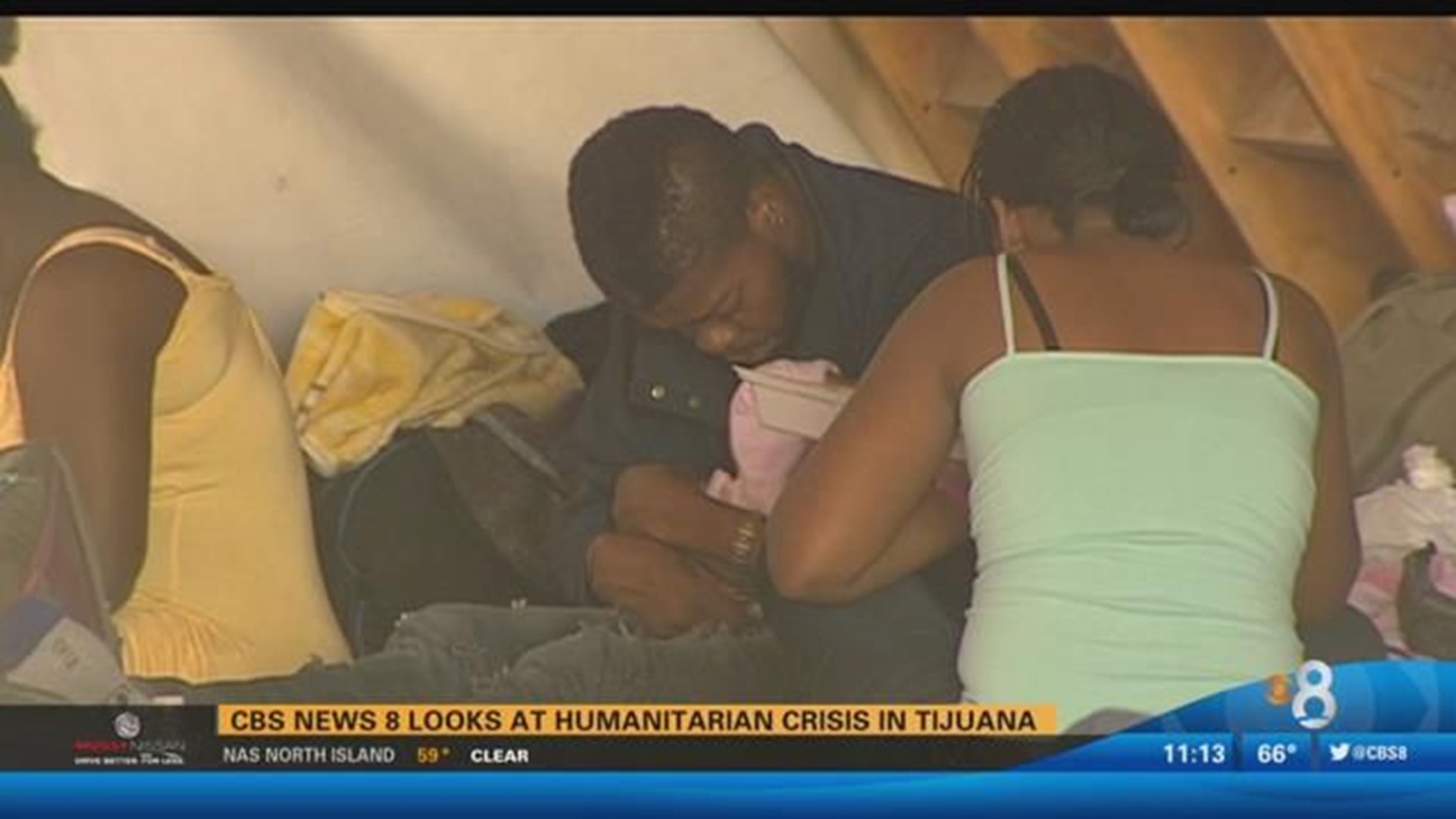 SAN DIEGO (CBS 8) - Rows of camping tents line up an overcrowded Tijuana shelter's backyard showing a glimpse into the humanitarian crisis that has reached the San Diego border.

Over the past several months, thousands of Haitians have arrived hoping to meet with American immigration officers who can grant them entry into the United States.

Haitians have risked their lives in their journey from Brazil to Tijuana in search of a better life. Many of them traveled for three months through South and Central America to arrive in Tijuana - costing thousands of dollars and leaving them without any more money.

Their search for a better life stems from the devastation that has gripped their home country of Haiti since 2010.

A massive earthquake hit Haiti in 2010 killing over 220,000 people and injuring over 300,000. Following the destruction from the earthquake, a cholera outbreak further worsened the humanitarian crisis that faced the Caribbean nation.

Amid all the devastation, Brazil offered aid by taking in more than 30,000 Haitians.

Over the course of time, Brazil descended into an economic and political turmoil that saw President Rousseff removed from power. Rousseff's exit left the thousands of Haitian refugees without the protection of the Brazilian government.

The displaced Haitians were once again left without work, food, money and other basic living necessities.

Many foresaw the harsh reality that would soon grasp Brazil and decide to try their luck elsewhere.

Fueled by rumors of easy entry into the United States, thousands of Haitians in Brazil made the long journey to the Tijuana/San Diego border.

"Mescal", a Haitian refugee who talked to CBS 8 and asked that we not reveal his real name, said he traveled through ten countries to reach the US-Mexican border.

He said he risked his life, along with his wife and child, on a three month journey to search for a better life.

The Haitians arriving in Tijuana seek appointments for admission into the United States from American immigration officials, but what was once a one or two week waiting period has now turned into a months-long ordeal.

The lengthy process to meet with immigration officials has many Haitians traveling to other neighboring cities like Tecate and Mexicali.

U.S. Customs and Border Protection said the problem that many face is that they do not have the proper documentation to seek either asylum or refugee visas. From January to August of this year, CBP has denied entry to over 4,300 Haitians - fourteen times more than last year.

Mexican and U.S. government officials have provided little resources to help mitigate the crisis - prompting volunteers to help. One volunteer, Ana , spoke to CBS 8 and says, "we try and communicate with them. We try and help them. they are more private, but we understand what they are going through," she added.

Humanitarians like Irma Garrido from Movimiento Juventud 2000, are desperately appealing for the public's help.

"It's not just a crisis for immigration. It's a human crisis," she said.

A crisis some Mexican officials have denied, stating they have everything under control.

Garrido believes everyone has a right to a better life and deserves the opportunity to work for a better tomorrow.

CBS 8 spoke with another refugee, Marcelo, who was a construction worker in Brazil. He arrived in Tijuana over a month ago and secured an appointment with American officials on November 4th.

"I don't know what they are going to do with me if they do not allow me into the U.S.," he said.

It's an uncertainty that Marcelo shares with his fellow countrymen.

A soup kitchen in Tijuana, El Desayunador Padre Chava, had to be transformed to a shelter due to the high number of arriving Haitians. Every day, close to 700 people are served breakfast and are provided with basic services like medical care and a shower.

Those most vulnerable in the situation are the children.

Laura Diaz holds a children's workshop to lessen the stress on the little ones. "When I am here, I try to make their lives happier because their lives are not easy," she said.

The recent devastation of Hurricane Matthew in Haiti is expected to only worsen the situation at the border.

New faces continue to show in Tijuana as hundreds of Haitians are expected to arrive in 2017.

The Haitian Methodist Ministry in San Diego is helping with the humanitarian crisis at the border. To learn more about their work visit their website.